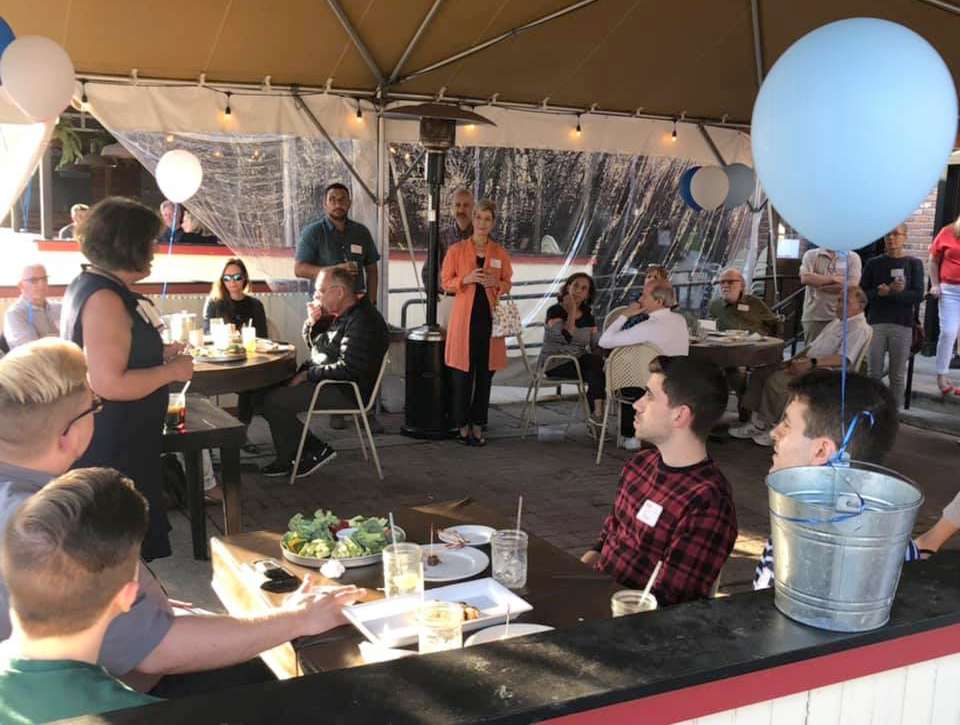 NORWALK, Conn. – Some Norwalk political news for you:

The pride is swelling in a Cranbury home, due to a nomination made by President Joe Biden.

Judge Omar Williams, a 1994 Norwalk High School graduate, was nominated Tuesday to fill a vacant judgeship on the United States District Court for the District of Connecticut.

Williams is a Norwalk product and attended Norwalk Public Schools throughout his childhood, according to Haroldo Williams, his father.

“Judge Omar A. Williams has served as a Superior Court Judge in Hartford, Connecticut since 2016. In that role, Judge Williams has served on the New England Regional Judicial Opioid Initiative, the Sentence Review Division, and the Wiretap Panel. He was previously a Superior Court Judge in New London from 2014 to 2016. Prior to his appointment as a state court judge, Judge Williams was an Assistant Public Defender for the State of Connecticut Division of Public Defender Services from 2003 to 2014.

The nomination was one of five announced Tuesday, with Biden touting the candidates as “extraordinarily qualified, experienced, and devoted to the rule of law and our Constitution” and reflecting “the diversity that is one of our greatest assets as a country.”

Three of them are nominated to fill vacant judgeships in Connecticut, the Hartford Courant reports.

“Three open federal judgeships is unusual in a small state like Connecticut,” the Courant reports. “The state is allocated eight federal judgeships, which are lifetime appointments with an salary of about $211,000. The judges work with extensive staffs at courthouses in Hartford, Bridgeport and New Haven and preside over cases involving complex business disputes and sophisticated crime such as interstate fraud, racketeering and political corruption.”

Independents for Norwalk launched Monday with a gathering at Banc House. Founder and two-time Mayoral candidate Lisa Brinton said about 60 people attended. No, this didn’t involve announcing a slate of candidates.

“We have pledged candidates, but have to go through a slightly different paperwork process of petitioning – so not disclosing until we have that paperwork in order,” Brinton said in an email. “Besides, the other two major parties aren’t likely announcing their candidates until they have their conventions in late July.”

Independents for Norwalk is a Political Action Committee (PAC), Town Clerk Rick McQuaid said. He also confirmed that Brinton is running for Council At Large, as she has filed the State Elections Enforcement Commission (SEEC) paperwork for that office.

On Facebook, Brinton said “Erik Anderson has committed” to be a candidate, without saying for what office. The “pledged” include “Ds Us & a couple Rs.”

“I am still recruiting others,” she said.

Anderson did not reply to an email asking about his candidacy.

McQuaid said the only other SEEC paperwork filed for the fall election is:

McMurrer, a Democrat, announced her intentions in late May. Incumbent Democratic District C Council member John Kydes has said he is seeking reelection. Incumbent Democratic District C Council member George Theodoridis is not, according to Democratic Town Committee Chairwoman Eloisa Melendez.
McQuaid said there are “lots of balls in the air” from expected candidates but none have filed paperwork yet. “Get the popcorn ready this is going to be an interesting Election for sure….scorecards will be necessary to keep track of all the players!”

And yet, he also said, “It’s a little late in the race to be only crickets…..”

Haroldo Williams and his family have given selflessly of their time and expertise to Norwalk and our state. What a joy to see his son Judge Omar Williams’ work acknowledged by President Biden with this nomination. Congratulations!

I apologize for missing the event. I was in Essex with Bob Stephanowski and a Congressional Candidate Mike France at a PAC meeting and benefit/money raiser. I was there in spirit and you can count on me because anyone willing to work as hard as you did to fix the 140 will get my support. Travis Simms missed the POT Vote yesterday after missing the 46 billion $ Budget Vote so we need all the Help we can get in South Norwalk. The GOP has no endorsed candidate but there are many that would prefer anyone with a pulse. now that you moved from Highland Ave to District B welcome to Ground Zero. You are now from the hood and for the hood. Fight like a Flynn. I will help in any way at Columbus, Ely and Kendall. 100%

Lisa’s commitment to Norwalk is amazing & noteworthy. Being a resident in district D, I really appreciate her.

Congratulations to Judge Omar Williams and to Haroldo (dad) and Lupida (mom) for rearing such an amazing person!