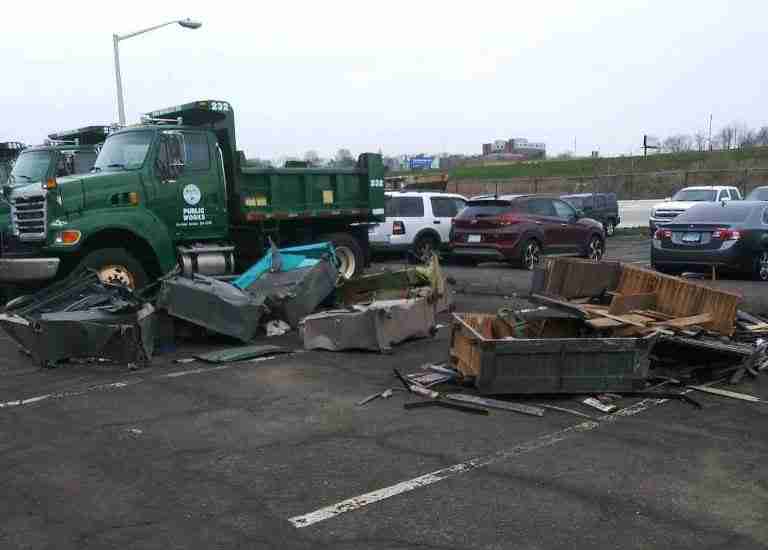 Mayor Harry Rilling couldn’t make it to Tuesday’s rally protesting the document leak indicating that the U.S. Supreme Court is poised to overturn the federal constitutional right to abortion in America.

On Wednesday, Rilling said, “Roe v. Wade has been the law of the land for 49 years. This decision will take away women’s rights to choose.  This issue should definitely not be a decision made by the government. Women have a right to control their bodies.”

“We feared this proposed decision and now this nightmare appears to be all too real. America is likely headed down a dark path where individual states will adopt conflicting statutes leading to additional divisions in an already divided nation,” the statement said. “This proposed decision will cause needless confusion, pain, and death across our country. With Democratic majorities, Connecticut will continue to protect the right to make informed choices on reproductive health. We only wish we could say the same for all other states.” 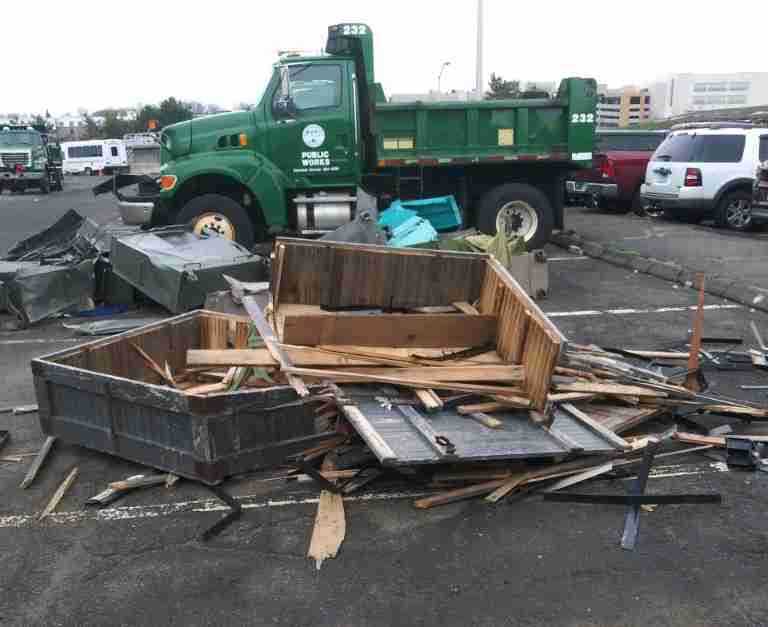 Former Republican Registrar Karen Doyle Lyons left property in City Hall’s basement and is not happy about what’s become of it. In addition, she claims that an “antique” voting machine, dating back to a time when women couldn’t vote, was needlessly smashed.

“Should have been sent to Hartford Museum. SHAME,” Doyle Lyons wrote recently.

Doyle Lyons resigned her post in July 2020 after 20 years on the job. 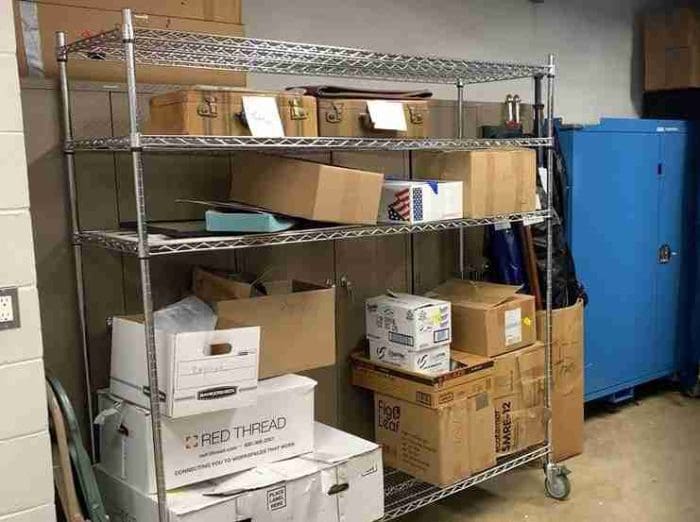 A dispute erupted in late March, when Deputy Democratic Registrar Ron Banks told her, in an email provided by Doyle Lyons, that any of her items left in the secure election area would be forfeited if it weren’t removed by April 15.

“Property belonging to the Veterans of Norwalk also known as the ‘Veterans Hall of Honor’ will be relocated, housed and managed separately, by the appropriate personnel,” Banks said, later telling her to remove her “‘abandoned’ personal property” from City Hall.

“Nothing has been abandoned and the veterans items should be respected,” Doyle Lyons replied. “Still waiting to hear of the property you destroyed without permission or notification.”

Doyle Lyons, who as an election official was always eager to talk about veterans when a reporter came to visit, said the veterans memorabilia was there “because the City at the time supported the VHH. I guess all has changed.” 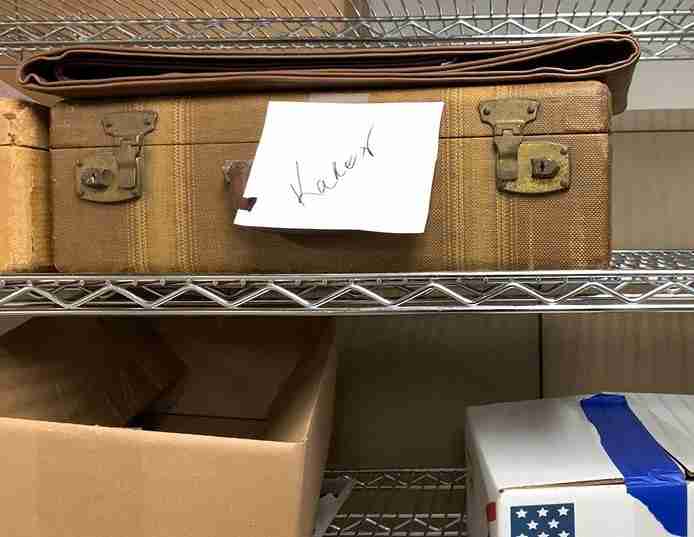 Jeff DeWitt of the Norwalk Veterans Memorial Committee (NVMC) informed her that the organization is alive and well, and the items would be “stored at the American Legion from now on to make room for what the Registrar’s office needs to store.”

“There were items that were in the basement for many years.  I believe many of them were in suitcases.  No one really knew what they were,” Rilling wrote April 8. “There has been no order to remove the items in the Veteran’s Hall of Honor.  No one is being forced to remove them. I believe Ms. Doyle-Lyons feels responsible for those items as she indicated she has signed for them. It is my understanding she has made a decision to remove those items as well.” 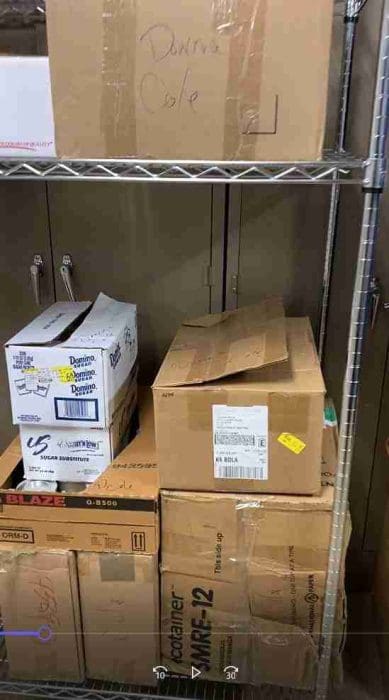 Norwalk Democratic Registrar Stuart Wells said, “All I know is that any such items do not belong to the Registrar’s office (since it is not election equipment) nor to any individual currently working in the office. It’s just ‘in our basement storage area’.”

At the time, Doyle Lyons was struggling to make an appointment to retrieve the items.

Wells said, “We are not in the storage business (except for election items) …Some of our election items are required to be stored securely by state or federal law – things like the tabulators and ballots from recent elections. For that reason, we must control the keys to the storage area and accompany anyone accessing it. But possession of those keys does not give us the duty, or the authority, to determine disputes as to ownership.”

Rilling, Wells and Banks did not reply to an email asking about the old voting machines. 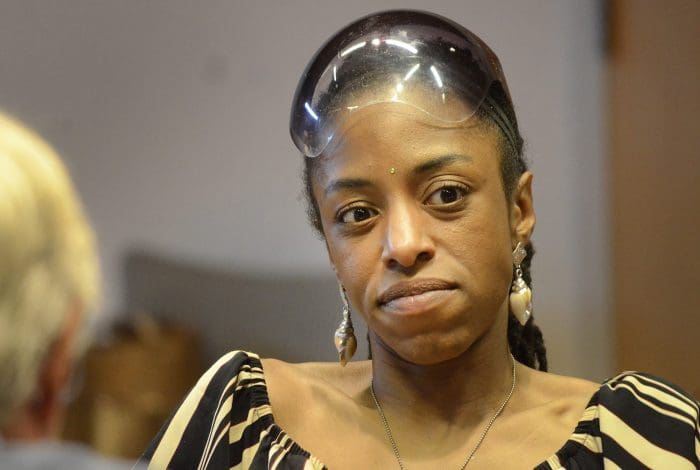 Common Council member Diana Révolus (D-District B) is planning to give birth to her second child days before her first one goes to college.

Révolus, 39, announced that she is pregnant during a recent Council Committee meeting.

“I got a little one in my tummy that’s talking to me while we’re speaking,” she said. Her other child is 17, yet “just a bigger baby.”

Révolus, in an email to NancyOnNorwalk, said her second daughter is due Aug. 8. Her first daughter is headed to college at the end of August.

Please show where in the Constitution “the right” for an abortion is explicitly stated.

Too bad Stuart Wells has no memory from 2008 tp present. The comment he didn’t know anything is beyond a lie. He assisted me with the Veterans Hall of Honor with the storage since 2012.
The Hall of Honor is NOT CITY OWNED as the Mayor has alluded. I created with a committee and the City did not even donate to it. The former Mayor allowed us to use the space in the hallway. The present Mayor has not had the IT Department continue with the video of veterans.

Mr Wells at one point wanted to create a show of old voting equipment to present. The one machine was from early 1900 with only 743 male votes as women didn’t have the vote yet.

This willl not be my last memo on this .

When I found out the Democract Deputy had the old machines to the scrap metal company I went down to save them. I was too late the Mayor had DPW pick them up and taken to the DPAw garage. Then was the order to smash them up to totally destroy these antiques.
Shame. Shame. Shame.

The photo shows the old suitcase filed with veterans items. The rest is the American Legion supplies for Veterans Day in the Community Room.
Thank you to Jeff DeWitt for assisting in the removale.
We did’nt want to have all the veterans belongings destroyed.
City Hall didn’t want the veterans to have anything in that small corner of the basement any longer. No one was ever in that area with out a Registrar to make sure of security. I know because I had the cage for the equipment built Year’s ago.

Not a friend of our veterans. At this point I will Not be removing the Veterans Hall of Honor from City Hall hallway. It may change if the Mayor decides he doesn’t support our efforts to honor the veterans.

Where exactly would they have been stored if they were saved?

When asked the Mayor did not respond to another site.