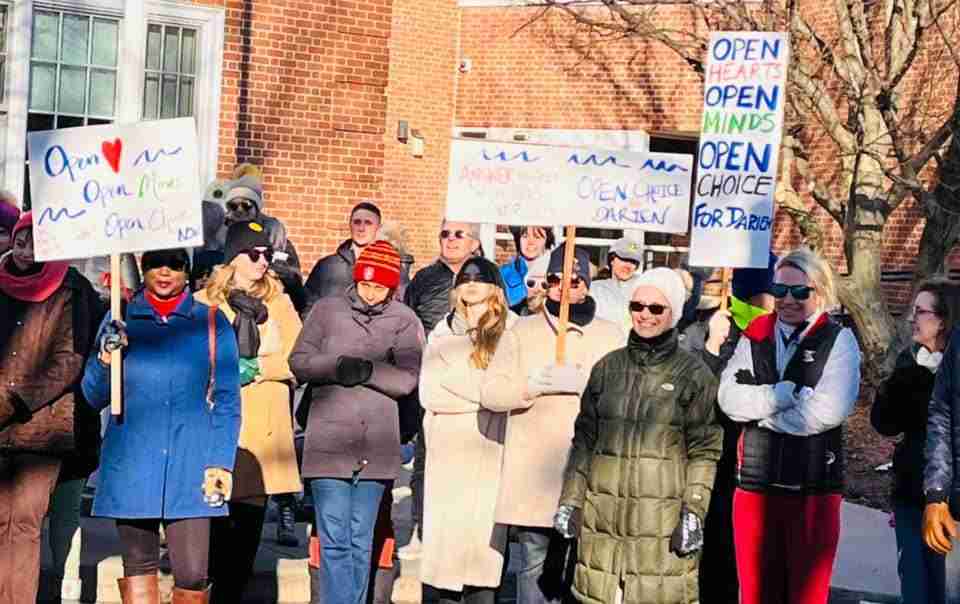 A letter received by a Darien Board of Education member, posted by State Senate Majority Leader Bob Duff (D-25) on Twitter.

Opponents to the possible use of Manresa Island for Walk Bridge construction are seeking help as a State public hearing on the issue approaches.

That, and other suggestions, are here. 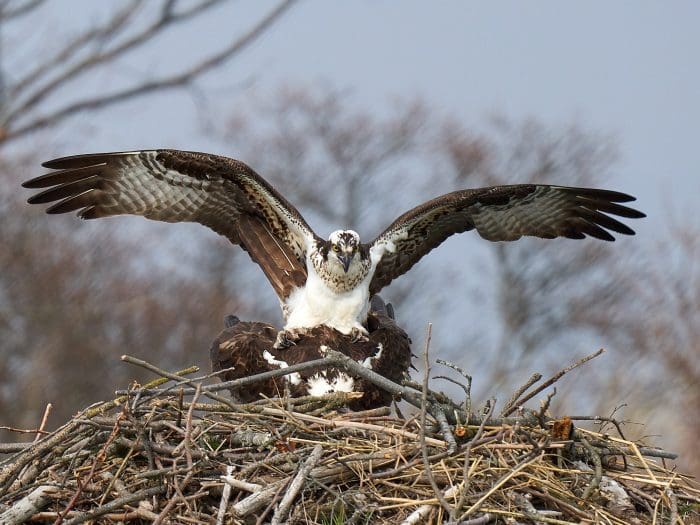 ConnDOT’s own contractor would prefer not to use Manresa, according to a memo obtained by Nora Niedzielski-Eichner through the Freedom of Information Act and posted on the Manresa Neighborhood Coalition’s website.

Cianbro/Middlesex JV on Sept. 9, 2020, said it had “previously promoted Manresa Island” over a Water Street location but given “subsequent communication with the surrounding communities, it appears that Manresa may be a restricted place to work” and a sites in Baltimore and New York might be preferable.

You can read that memo here.

“We could use as many letters as possible sent to [email protected] voicing their concerns about the use of Manresa and South Norwalk in general for the walk bridge project,” Mark Smith of the Manresa Neighborhood Coalition said. “Ms Reiser is the DEEP hearing officer in charge of the challenge to the permit requested by the DOT.”

“The first order of business for this Committee will be to work with the Mayor’s Office to conduct community resilience building workshop offered through the Nature Conservancy’s technical assistance program in partnership with Sustainable Connecticut,” Livingston said.

“This Committee will advise the Council in its discussion and actions regarding affordable housing in the city, including as required to ensure compliance with recent changes in Connecticut law and to bring forward issues concerns and recommendations to any body established to prepare an affordable housing plan for the city, as required under that law,” Livingston said. 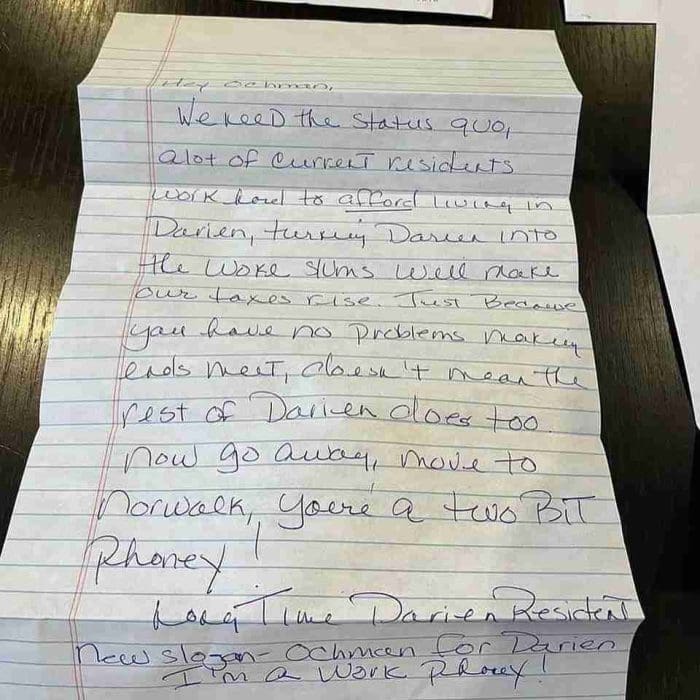 A letter received by a Darien Board of Education member, posted by State Senate Majority Leader Bob Duff (D-25) on Twitter.

State Senate Majority Leader Bob Duff (D-25) is still urging the Darien Board of Education to reverse its choice to deny Norwalk students this year by refusing to enroll in the Open Choice program, even as hate pours out from some Darienites.

Duff has publicized angry letters received by Darien BoE member Tara Ochman, telling her to move to Norwalk after she voted in favor of Open Choice. He also spoke at a Feb. 6 rally in Darien, also attended by Mayor Harry Rilling.

“What I’ve seen over the last few days, is that some of them don’t want to be held accountable,” Duff said to the folks assembled in 27-degree weather. “They want this just to go away. They want to sweep it under the rug. And I’m here to say, thanks to all of you, this will not be swept under the rug. We’re asking the Board of Education, to please reconsider your votes make this 5-4 in favor, not 5-4 against.”

Darien Board Chairman David Dineen, reached by NancyOnNorwalk via email, declined to comment.

Darien BoE members faced a storm of opposition to Open Choice, even if Darien Superintendent of Schools Alan Addley spoke in favor of accepting 16 Norwalk kindergartners through the Open Choice legislation sponsored by Duff and others last year. A speaker at the Jan. 25 Darien BoE meeting said that nearly 1,000 constituents had signed a petition opposing Open Choice. They also opposed the potential hiring of a diversity consultant.

At the Feb. 1 Darien BoE meeting, after the 5-4 vote against Open Choice, Dineen said, “The debate has been had, the conversation’s been had. We’ve listened, we’ve learned, we’ll continue to move forward, this program may come around. Again, I think there’s a consensus of the Board that would like to continue to look at this program and move it forward. I want to thank Dr. Addley, for continuing to try and prove and build on the educational excellence that we have in Darien but the Board has taken a vote and spoken so we move forward.”

WOW! RACISM IN IT’S FINEST! Calling Norwalk slums. Wow! We work hard for our houses as well. This is really sad.

These two are simple as far as property to utilize for a staging area if there’s something better please use it the closest thing we have to that project is the abandoned power plant which I hope gets turned into a marina one of these days as well as a public park kind of like vets. As for Duff well I don’t know who you represent I know his name shows up on my ballot I’ve even voted for him

These two are simple as far as property to utilize for a staging area if there’s something better please use it the closest thing we have to that project is the abandoned power plant which I hope gets turned into a marina one of these days as well as a public park kind of like vets. As for Duff well I don’t know who you represent I know his name shows up on my ballot I’ve even voted for him. That said Duff’s interests do not align with a large percentage of his constituents and now he’s upset about them taking action. I can’t blame Darien or Rowayton for being fed up

To the best of my knowledge no one moved to Darien to live in an integrated town, so it is understandable that some think that four Norwalk students in each of their elementary schools can pollute the gene pool. Their views will not change so let them pay for the privilege. Again, I recommend a NIMBY (not in my backyard) tax. Darien can pay to have Norwalk educate and provide services for the families of the serfs working in their fields.

Sen Duff might well use his considerable skills at asking why Norwalk’s public school system fails to educate our kids so grads meet CT Edu Dept standards. We match per pupil funding and teacher salaries with surrounding wealthy town. No mystery here.
It’s a competence issue in our public school management and lack of effective oversight by our Norwalk BOE’s. Our surrounding towns seek out BOE members with suitable business and professional backgrounds. Norwalk’s leaders have “other standards”. Sadly our kids really suffer from our BOE’s not up to the task of overseeing our schools and hiring suitable administrators. Until City leaders demand much better oversight our City schools will continue to underperform. Our kids pay the price of indifferent City leadership. And our home values suffer accordingly.

Redirecting attention to Darian doesn’t address the real issue here. Our failing public schools. And more monies won’t solve the problem. Competence in our BOE will.

If Manresa is used will that result in any meaningful remediation occurring at the site? Would it create local jobs or simply bring in out-of-state labor temporarily?

Again, Democrats protest when they are the wrong side of the vote.
Furthermore, again, why would ANY Darien family move to Darien and send their children to BMHS or Norwalk High. Darien blows them out of the water in both academics and athletics.
And, the 16 Norwalk children who get to go to one of the best school systems in the NATION? How fair is that to the other 12,000 students who live in Norwalk and have to attend Norwalk schools?
Same thing happens at New Canaan Country School, St. Luke’s etc….a few lucky Norwalk and Stamford students get to attend these first class, private, suburban schools with the best facilities for free, while their friends get stuck going to rundown Norwalk schools. Tell me how that’s fair.
Again, you want to go to school in Greenwich, Weston, Darien, Wilton, New Canaan, and Westport? Get a higher paying job or hit powerball and MOVE there!
Duff is basically admitting that Darien schools are better than Norwalk. How about you clean up Norwalk schools first, Bob?

Please stop using the word woke. People have weaponized the word and made it into a bad thing whereas it used to be a thing of pride for some Black people.

“Wokeness” is killing our society. People are sick and tired of it, hence the pushback.