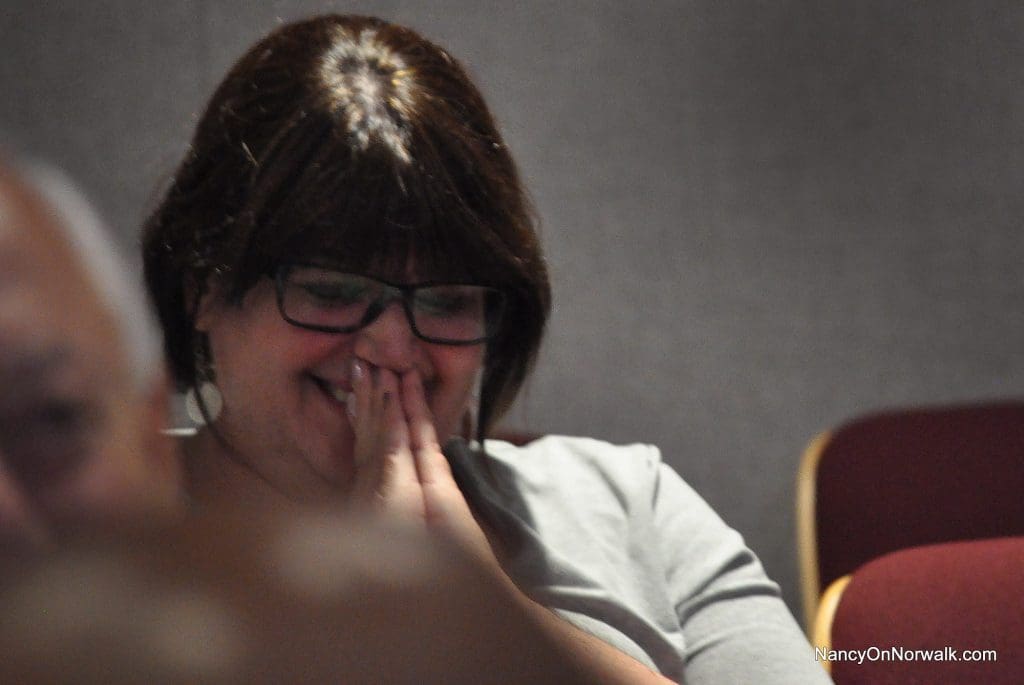 The City filed a motion Tuesday asking the Public Utilities Regulatory Authority (PURA) to impose sanctions and penalties on Eversource as part of its investigation into the company’s preparedness and response to Tropical Storm Isaias, a press release said.

“Tropical Storm Isaias wreaked havoc in Norwalk and as it took more than a week for all residents to have their power restored. The abysmal response by Eversource and the complete lack of transparency and communication from company executives revealed a profoundly flawed power delivery system in Connecticut,” Mayor Harry Rilling is quoted as saying.

Eversource is fighting back: on Thursday the company defended itself to PURA, in a 15-page letter to the legislature’s Energy and Technology Committee. You can read about that here.

Norwalk is also asking PURA to impose sanctions and/or civil penalties on Eversource, the press release said. As part of the State’s investigation, Norwalk is entitled to officially submit testimony, present arguments, and cross-examine witnesses. Other municipalities who are involved include Bridgeport, Danbury, Easton, New Canaan, Newtown, Redding, Ridgefield, Westport and Weston.

The City’s legal motion states that “given Eversource’s unacceptable response to Isaias, the City urges the Authority as part of this Investigation to impose sanctions” and “for the health and safety of residents of the State of Connecticut, the City requests the Authority to penalize Eversource accordingly,” the press release said.

“I am so grateful to our local providers – South Norwalk Electric and Water (SNEW) and Third Taxing District (TTD) Electric Department – which restored their customers quickly and then assisted Eversource to bring more residents back online,” Rilling is quoted as saying. “If state lawmakers need a model of well-run and effective power companies, I invite them to look no further than SNEW and TTD – the best in the region.”

More than 100 years of experience could walk out the door if the three eligible members of the Norwalk Tax Collector’s Office take the City’s early retirement offer, Tax Collector Lisa Biagiarelli said.

“I don’t think any of us will, but you never know.  We have until mid Sept. to say,” the widely praised Biagiarelli wrote.

The Common Council approved the early retirement plan Tuesday. It’s available to any City employee who is at least 55 years old and has worked for the City for at least 10 years.

Potential retirees include Building and Facilities Manager Alan Lo and Norwalk Senior Planner Dori Wilson, who has worked for Norwalk for 33.5 years. Both declined to comment.

What about the Town Clerk’s Office?

“No one is eligible, we are one,” Town Clerk Rick McQuaid wrote. “Most have been there long enough but not old enough to qualify. Good for me though, they are the best!!!”

Norwalk Communications Manager Josh Morgan declined to provide a list of potential retirees. “We will not have anything to share until after the October 9 retirement date passes,” he wrote.

“I haven’t decided yet,” Biagiarelli said.

Common Council member Ernie Dumas (D-District B) has attended four 14 Council meetings since Jan. 1. That’s three of the nine meetings that have been held since City Hall switched to the virtual format due to COVID-19.

Dumas said last month that he was in the house sick for four months, after traveling to Arizona. It wasn’t COVID-19 but doctors told him to stay inside. He doesn’t do Zoom and attends by phone, he said.

On Wednesday, he said he still wasn’t feeling well, but has attended the five recent caucus meetings held the night before the Council meeting.

“I have spoken with Ernie and am aware he has not been well,” Council President Barbara Smyth (D-At Large) wrote. “I wish him good health and hope he feels better soon.”

Eversource is as incompetent as it is today because PURA has failed to hold it accountable all of these years. PURA should be dismantled. They are a waste of taxpayer dollars and give nothing but lip service.

The PURA contract has a Force major, Pandemic out for the Millstone cost. Duff gave them a $55 million dollar bonus. These partners make 40 million each. $900 million dollar profit and they have being lying consistantly about Manresa. They think we are here to make them rich. Blumenthal wants to break them up? The Green new deal phases them out? Get real. Manressa is on line. These politicis have to be Voted out. Will you wait until it can’t be saved? If manresa had a data center and other vitally important technologies we could save the County and perhaps the State. Fix the grid, buy and sell excesses from States like Ohio. The technolgies we need exist, unfortunately the Chief of Police doesn’t know.