Plus: an NPS accounting and an OHPA inquiry 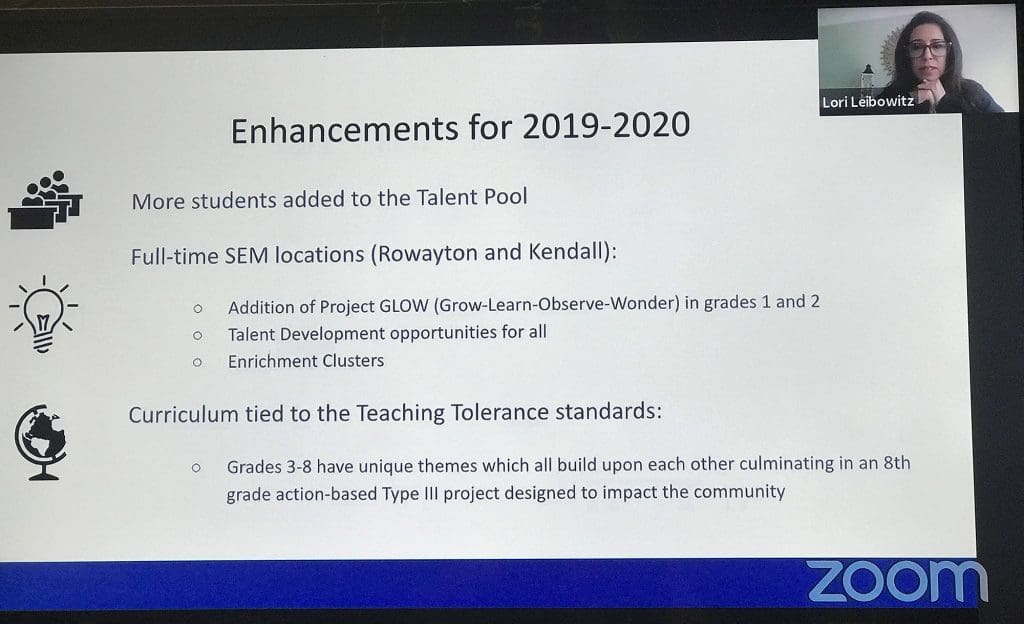 Norwalk Public Schools Gifted and Talented Coordinator Lori Leibowitz shows a slide during the May 26 Board of Education Curriculum & Instruction Committee meeting.

NORWALK, Conn. — Some Norwalk political info for you:

It’s reported nationally that Republicans are leaving their party due to the Jan. 6 riot at the U.S. Capitol. In Connecticut, nearly 4,000 Republican left the State party in the roughly three-week period following the insurrection, CTNewsJunkie reported.

So what about Norwalk? It took some doing, but Norwalk Democratic Registrar Stuart Wells produced information showing that there were 229 party changes here in January and the first week of February. That’s not just Republicans, it’s across the gamut:

Context is everything: there are currently a little more than twice as many Norwalk voters registered as Democrats compared to Republicans, “meaning that Republicans are changing party at 4 times the rate of the Democrats,” Wells wrote.

In October, the Secretary of State reported 10,123 registered Republicans in Norwalk, 23,308 registered Democrats, 24,538 unaffiliated voters and 1,236 members of minor parties.

Adding that Wells’ statistics a different way, of the 229 changes:

The State’s voter system has the data but “has very limited and very crude ‘Report’ functions,” and it wouldn’t be possible to retrieve the information with a data search, Wells said on Feb. 4. However, he added, Norwalk registrars download the list frequently and he promised to look for old download from January. Hence, the above list.

Mayor Harry Rilling’s vision for Norwalk includes “exceptional education,” the 2021-22 recommended operating budget book states, but it comes up short in its attempt to illustrate what that means: outdated statistics include P-Tech’s 100% college acceptance rate in 2017-18.

It’s easy to find better information: just go to Norwalk Public Schools’ website, go to the “what’s new” tab and find the State of the Schools 2020 report – click-click-click – and you a plethora of details. For instance, the two-page “Future forward” spread includes these bullet points:

As for the sparse budget book info, the Finance Department lifted many passages from last year’s effort, given Norwalk Director of Management and Budgets Angela Fogel’s inability to do her usual lion’s share of the work due to a medical problem. Then there’s Norwalk Chief Financial Officer Henry Dachowitz’ part time job: he’s an Adjunct Professor of Accounting at NYU, teaching a three-hour class Wednesday evenings. 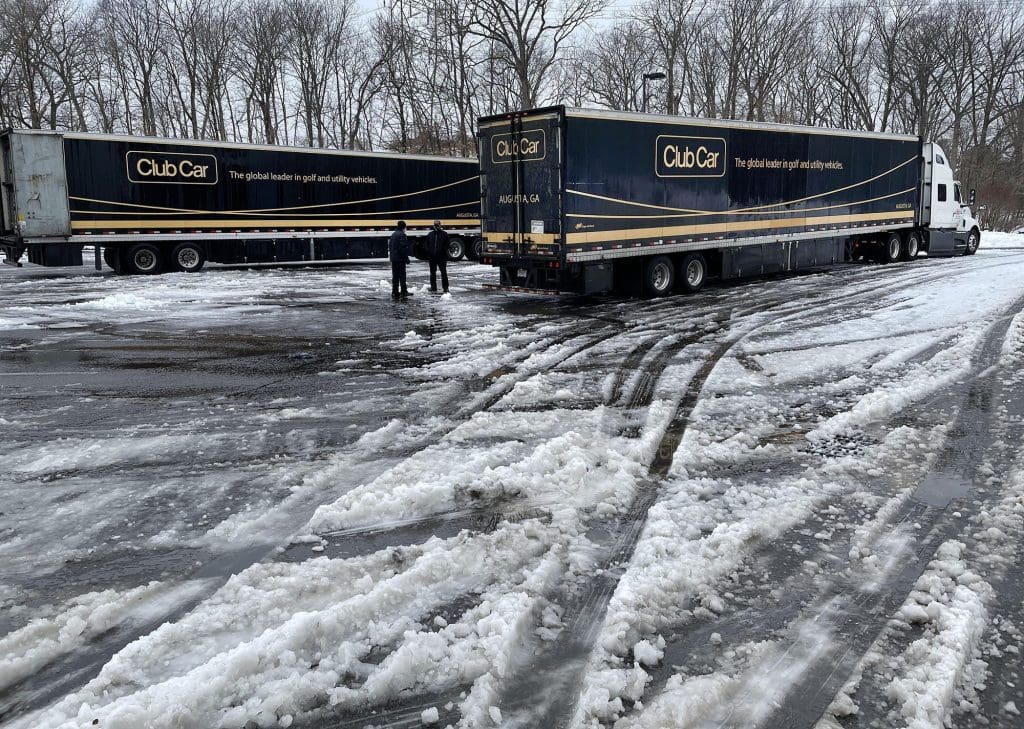 Two tractor trailers arrived at Oak Hills Park on Feb. 2, prompting Paul Cantor, a neighbor and longtime golf course critic, to ask what was up. He learned that golf carts were being delivered, he said.

“We worked with Club Car, Visage and GPSi Industries on a new lease commencing on 4/1/21. They are great companies with whom we have very good relationships and so we were able to secure the new lease at pretty much the same pricing, with our six monthly payments due each year of $12,036 rising to just $12,163.16 and our GPS software pricing staying the same. This is for a brand new fleet of 68 electric carts (same as previous) with lithium batteries which are new and will save us money on electrical costs while being powered for longer periods of time. So all in all a very good deal that we are extremely happy with. Even though the lease begins on April 1, Club Car wanted to drop the carts off early with us to make sure we had them in plenty of time to open for the new season. The old carts were previously taken back by Club Car over the past couple of months.”

What’s the big deal here? Historically, golf carts are delivered during the off season so that they can be prepped and ready once the course is ready in the spring. It has been like this each time the lease in up. Can’t Paul go save a tree instead?

Regarding Norwalk Public Schools — I am super happy to read about all these accomplishments. However, I do have 2 questions:
1) If things are terrific why would Norwalk need to be included in “Open School Choice” programs? Why on earth would a student want to leave a system that claims to be incredibly successful?
2) What percentage of Norwalk graduates need remedial support once they go to college?

@ Bill do we really need the GPS for yardage when you can pull out a smart phone and get your distances. That’s just an added expense passed onto the golfers that already pay the highest rates at the Fairfield County golf courses.

I just want to say that I’m highly offended by the use of “Club” carts. Club is a word that is exclusionary by definition, and gives the impression that not everyone is welcome! Change this immediately. Growing up in Brooklyn, the only club we knew was the one we put on our steering wheel to avoid being members of the Stolen Vehicle Club. Enough is enough!!

I find the word car to be offensive. Not everyone can afford one.