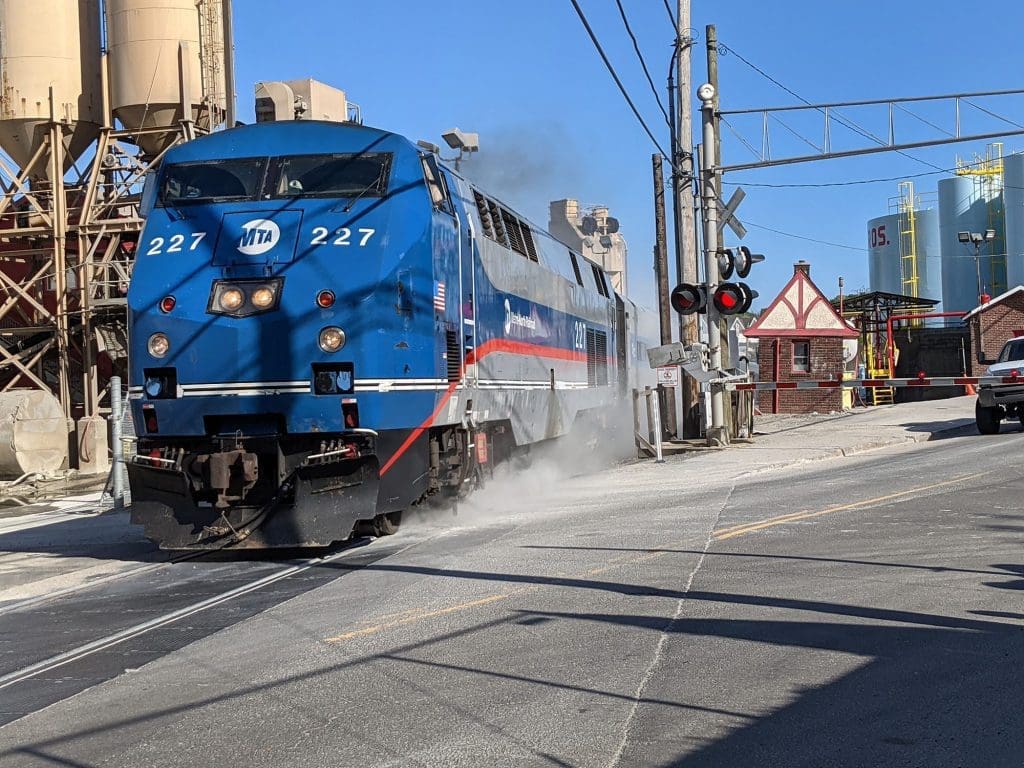 Results from the Wall Street train station study are coming down the tracks, according to Kevin Nursick, Connecticut Department of Transportation Director of Communications.

In July 2018, the State Bond Commission approved $250,000 for a study on the feasibility of a Wall Street train station. The following year, Mayor Harry Rilling mentioned this as something that was still on the way, stating in September 2019 that the State was “planning” to do the study.

Wondering what became of that, NancyOnNorwalk asked Nursick about it Tuesday.

Work on the study began in October 2019, and, “Completion is tentatively scheduled for mid to late July 2021,” Nursick said in an email.

“Still a work in progress so releasing any information would be a bit premature,” Rilling said in an email.

At the time, Norwalk Chief of Economic and Community Development Jessica Vonashek, formerly Jessica Casey, said the study isn’t just about Norwalk Center, it’s also about the impact another stop would have on Danbury.  There’s also the infrastructure costs of the station, and then there’s the cost of operating it.

There are “a lot more excessively noisy and speeding vehicles” on Council member Dominique Johnson’s street, she said last week, asking Norwalk Police Chief Thomas Kulhawik if that’s going on all over the city.

The At Large Democrat also asked, at the Health and Public Safety Committee meeting, about reports of drag racing.

“These are vehicles designed for racing, and very high-end expensive vehicles, from all over the place,” he said. The club announces that they’ll be meeting in a particular location at maybe 2 or 3 in the morning and then “they’ll meet up. Several of them will block traffic so that the other ones can race, so people can’t get past.”

State and local police are coordinating on weekend nights and are monitoring social media “to see if we can pinpoint when they’re coming back to Norwalk,” Kulhawik said Thursday. “Thankfully, they have not been back, recently, in the recent few weeks. I don’t know if that’s a case of the enforcement or they found a better place or, who knows, or just the fact that because we’ve been looking at social media, they’ve gone to different aspects they advertise.”

Loud motorcycles are always on NPD’s radar, he said. “That’s one of the pet peeves of the Mayor. And he asks us every Police Commission meeting how many loud motorcycle tickets were issued the previous month.”

He mentioned diners outside on Washington Street but “the tough part is you got to be there at the moment that they’re doing it to catch them.”

Council member Lisa Shanahan (D-District E) said the Norwalk Police motorcycle unit had been “intermittently” surveilling Witch Lane and Hunt Street “and that had been a big concern of our neighbors. And I just wanted to pass along how grateful they were to have you come in for the last couple of weeks.”

“We get a lot of complaints from the residents. But I also got a ton of inbox emails from the residents this past few days saying ‘Thank you for that,’ so I forwarded those to the traffic unit,” Kulhawik said. “So it’s nice that people did see that they were there.”

“I am not opposed to this, but I’m not in favor of it. I’m sort of watchful waiting to see what comes forward,” Chairman Lou Schulman said May 19.

Richard Roina said he remembered when there was a proposal to join the two agencies and also add the Office of Code Enforcement. “It sounded good on paper, but wasn’t as efficient as everybody thought it was going to be.”

Galen Wells pointed out that the Zoning Commission has term limits but the Planning Commission does not. Schulman said Zoning has political restrictions – no more than five of its seven regular members can come from one party and no more than two from any one district – but Planning does not.

Planning Commission Chairwoman Frances DiMeglio has been on the Commission since the Knopp Administration, Schulman noted.

“That’s a mistake,” Wells said, also questioning DiMeglio’s long-time role as Chairwoman because “I think it’s important for there to be opportunities for leadership for a wider group of people.”

Schulman said, “We may have some influence around the edges of this but basically the Council and the Mayor that are the decision makers.”

Wall Street needs a train stop NOT a train station.

A self serve ticket kiosk & a small platform.

The other expense would be changing printed schedules. Online schedules could easily be changed.

Sadly when the study cost $250,000 and given the numerous entrenched bureaucracies, and given there are zero other new “train stations” being built, and 2 years later we have nothing, it seems inevitable to be a big no.

3 years ago Mike McGuire and I went to DOT headquarters to discuss the Wall Street train station with the top. We were told a train station costs $20 million minimum. Must deal with NY & CT bureaucracies. We were told about how long it has taken Merrit 7 “train stop” to get improvements.

The best result we can expect from this study is some more study.

Again with the “who can we cite/arrest?”, instead of “what can we build?”.

Maybe we could build a racetrack. I bet that could really build up the Norwalk economy.

Or even do like Monaco, and make it an actual race where we intentionally block off the streets and then, like… SELL TICKETS (omg, it’s like ideas are great or something). Sounds like a great way to raise revenue during off-hours when the road is barely being used. And we could help ensure safety at these events, as well.

But no, let’s just ticket our way out of the problem. That’ll make things better.

Connecticut might not be happy with Norwalk unilaterally overruling a state speed limit, but David has a really interesting idea. A legal drag strip or “track day” course on the 7 Connector would likely attract lots of interest (and user fees).

Very narrow minded views on P and Z. As a former Common Council person and someone who serviced as a zoning commissioner and as a planning commissioner – overhaul is needed. The board could be expanded as other towns are and personally I always thought it should be an elected commission. It should not be the people selected by the council or mayor. The current mayor has staffed most boards with his buddies as did the prior mayor.

However overhaul is needed and they should not be in silos. Every role in Norwalk should have term limits. I don’t mean that if a person is willing to serve they cannot go into another role in the city. We don’t need common council members who serve for twenty years. I do agree that history is important but one would think that would be the staff right?

What about the countless cars and bikes racing through Ward Street onto Main or past cemetary and Union St. that are using Ward as a cutoff and hitting parked cars? One woman totaled her BMW as well as the three cars hit. She was speeding while on cell phone. When we told the police she threw her phone down the storm drain, the policeman would not even check.

In my younger days, I knew guys who built ridiculous, absurdly fast straight-line cars and who would go race them on the Merritt and the connector in similar fashion. Was it dumb? Probably. Was it fun? Definitely.

Eventually, they started going to an actual track. One of my buddies said, “The first time I saw someone wreck their car and it seemed like it took the on-site emergency crew (who are there, 500 feet away and waiting for something to go wrong) forever to get there, was the last time I raced on the street.”

Fun is fun and noise is noise but take it to the track and stay safe, guys. Cars and bikes are fixable or replaceable. Live to have a cool story. Don’t die on the side of the connector waiting for the EMTs to show up.