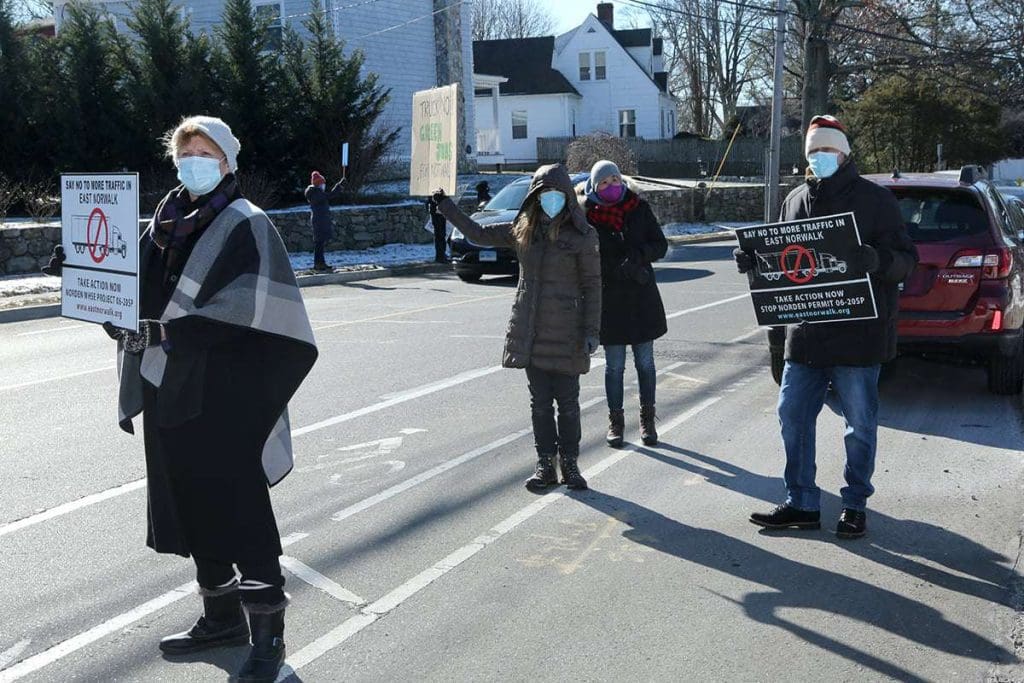 Board of Health, Bike Walk Commission weigh in

East Norwalk residents who are horrified by the prospect of a Norden Place distribution center have the support of the Board of Health and the Bike/Walk Commission – both bodies have submitted letters to the Planning and Zoning Department, asking that the application be denied.

Also new to the P&Z documents online, ahead of tonight’s Zoning Commission public hearing on the application, is a petition with 1,710 signatures, all signing onto a statement that begins:

“We, the primary stakeholders of East Norwalk 06855, and other Norwalk residents, oppose Special Permit Application #6-20SP for a 330,000 square foot Warehouse/Distribution Center at 10 Norden Place, and its proposed truck routes on Strawberry Hill and East Avenues ….”

The Board of Health voted unanimously to send written testimony opposing the application Jan. 26. “The proposed application is going to result in at least 190 truck trips per day, including tractor trailers,” Vincent Amoruccio said.

Norwalk Director of Health Deanna D’Amore pointed out that one of the goals in the 2019 Plan of Conservation and Development (POCD) is:

There’s more harm than benefit in the application, the Board’s letter states:

“Many studies have linked elevated particle levels in the air to increased hospital admissions, emergency room visits, asthma attacks, and premature deaths among those suffering from respiratory problems. They have also revealed large diesel trucks to be the most significant contributors to harmful black carbon emissions close to major roadways, indicating that vehicle types matter more than traffic volume for near-road air pollution.”

The Bike/Walk Commission statement mentions recent improvements to Strawberry Hill Avenue and states, “We have concerns that this project would reverse years of effort to make this a safe area for pedestrians and cyclists.”

“Fitch Street is a great example of what a separated bike lane can be and terminates in the middle of the East Norwalk village. This emerging commercial district (TOD) would be negatively impacted by the substantial increases in large truck traffic,” it states.

The hearing begins at 6 p.m. on Zoom. More information is here and below.

An indelicate moment, caught on video

The sound was unmistakable, even if it hasn’t been heard during a public Norwalk governmental Zoom meeting before: a deep rumbling noise familiar to anyone who eats.

Someone belched, rather loudly, and the consultant discussing a very serious topic with the Norwalk Board of Education went on without skipping a beat. 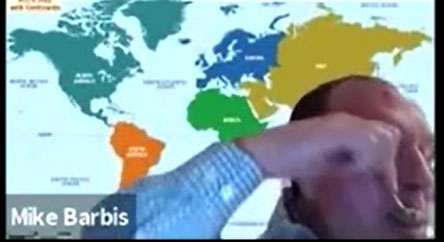 He didn’t reply to an email offering a guess.

BoE member Mike Barbis had been shown eating a meal about 40 minutes earlier. So was it Barbis?

“Nope,” Barbis wrote, during the meeting. “I have been muted as I had screaming kids in the background.”

Every year, Norwalk’s finance director meets with the Planning Commission to provide input on the City’s capital budget, but this year, the stars had trouble aligning for Chief Financial Officer Henry Dachowitz’s visit.

Dachowitz’ own document, the capital budget calendar found on the finance department’s website, said he’d be there Feb. 11, a Thursday.

Dachowitz is now scheduled to explain the rationale behind his austere capital budget recommendation Feb. 16.

So what was the conflict?

“Additionally I am an Adjunct Professor of Accounting at NYU.  This semester I am teaching my class Wednesday evenings from 6-9PM. First class is next week, Feb 10th.

“Steve said the Planning Commission would accommodate my schedule and would be willing to meet on a day other than Wednesday.  We have agreed that I will attend their upcoming meeting on Thursday February 16th at 5:30PM.”

I am unable to meet with the Planning Commission on Feb. 11 because I am presenting the Recommended Operating Budget to the Finance & Claims Committee of the Council at their 7PM meeting.

To clarify, I am now scheduled to meet with the Planning Commission on Tuesday February 16.

So, Barbis, who notably does not have children, but does routinely eat and drink and look at his phone through every meeting, claims he didn’t burp and even if he did, he had the meeting on mute…because of screaming children? Yea…

Um – it may not show up on the YouTube video – but anyone who was watching that BOE meeting in real time saw Mr. Barbis’s square highlight and pop up as the “speaker” during the above mentioned incident. While zoom mistakes are common these days it was completely disrespectful and to be honest gross.

Can anyone explain why the pension assets only earned 2% for the period of July 1 2019 to June 30 2020? The S&P was up 10% in that time and half of our assets are in equities. We paid over $500,000 in outside fees to manage the portfolio. Who in city hall is watching this? Or are they too busy watching how many pencils NPS uses?