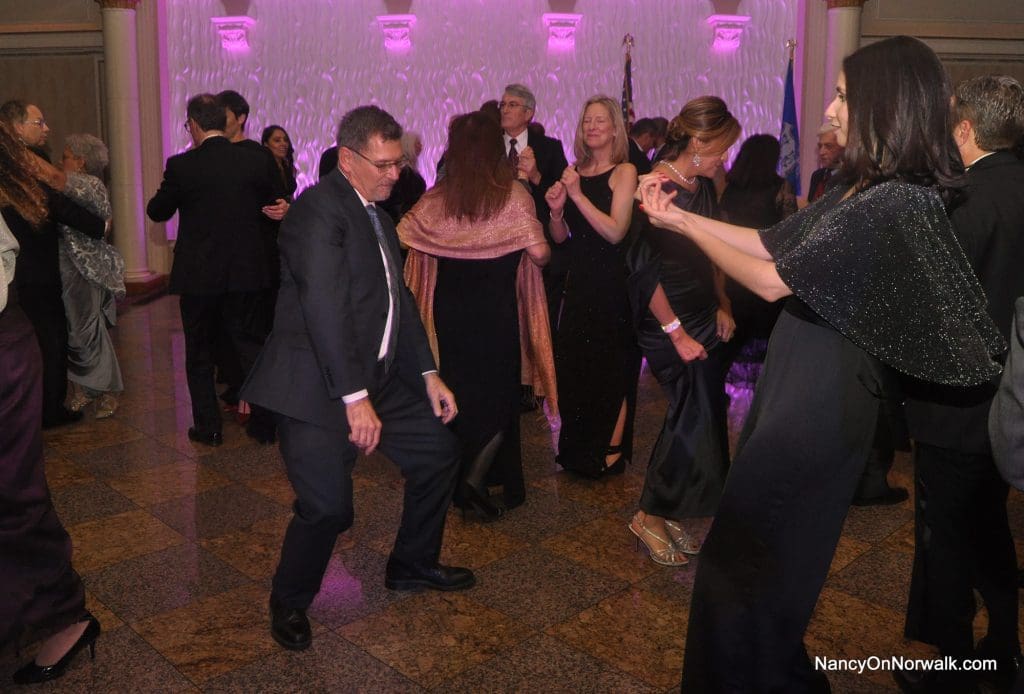 ‘The stench of stinky politics’

In early December, Norwalker Justin Matley posted this on Facebook:

“Are you a tax-paying Norwalker? Are you annoyed at the stench of stinky politics?
“Do you sometimes think the *other side* is out to get you?
… but also want to contribute to real, tangible, not #fakenews progress in our community?

“You may be paranoid; but probably not! Either way, this post is for YOU! Yes you, well-meaning, pro-democracy Republican, Democrat, Independent, Skeptical, and/or Non-Conforming citizen.

“Ok you’ve gotten this far. Why are you reading this?

“In the new year I am considering hosting/moderating a monthly discussion revolving around a locally important topic. Why? Because of all of the above… and because, let’s get real, social media just isn’t a productive platform for solution-oriented discussion.

“A dozen or so people, curated somehow each month, from both sides of the equation. Politicians, stakeholders, smart people, and dumb ordinary citizens like myself: together, with equal opportunity, to leave the BS at the door and seek common ground for tangible progress where it’s needed. A little wine, a lot of polite passionate dialogue, and maybe a dessert? No on-the-record press to posture to. No Facebook to hide behind. Ground rules to be decided later.”

The response was so strong that Matley is holding his first “Discuss Norwalk” in mid-February, “to bring citizens together for civil, non-political conversations about key issues in Norwalk,” he said.

He’s expecting State Rep. Lucy Dathan (D-142), State Senate Majority Leader Bob Duff (D-25), Board of Education Chairwoman Sarah LeMieux, Director of Business Development & Tourism Sabrina Church and eight citizens “from a diverse slice of the electorate.” But attendance is limited and it’s not open to the public. You could email [email protected] to try to get into a future date.

“Topline minutes and any secure actionable items gleaned from the meetings will be released publicly, where appropriate,” he wrote.

Matley said that he sees the groups as being “semi-curated,” with “diverse ideas, opinions, and knowledge bases relative to the topic.” His vision is to create an informal, intimate environment where participants will feel comfortable to speak openly and honestly. The meetings, he said, “are not meant to feel like a political event or committee meeting.”

Matley has lived in Norwalk for seven years and is a husband and father of two, he said. An award-winning sound designer and producer for the broadcast, advertising, and film industries, he describes himself as someone who is “devoted to creative thinking and collective problem-solving.” To that end, he runs a production collective that dedicates its work to creating media for education and social justice causes.

“It’s this type of work that has inspired my volunteer work for non-profits such as the National Stuttering Association and The Stuttering Association for the Young, as well as my work as an adjunct faculty member at multiple Connecticut universities,” he wrote. “I’m an avid fan of baseball, skiing, good tequila, and fatherhood, and hope to join with others to help make meaningful contributions to our evolving community.”

Keeping the Norwalk Mayor’s Ball in Stamford – for charity

This year’s Norwalk Mayor’s Ball will be the fourth one to be held in Stamford. Also, the fourth go-round for Mayor Harry Rilling to defend that oddity.

Norwalk gets a really good price from The Italian Center in Stamford, Rilling told the Democratic Town Committee in December. Someone suggested the Ascension Beach Club but that wouldn’t work.

But let’s review: this dates to the January 2016 closing of the Continental Manor.

“Since it was the only location in Norwalk large enough to accommodate the 500 or more guests who attend the Ball each year, my staff and I went to work right away to look for alternatives,” Rilling said in a 2016 letter to the public.” We researched and priced potential locations, and left no stone unturned…. We found out that most options would have more than doubled the ticket price.”

He continued, “Since the Ball is a charitable event whose purpose is to support the work of Norwalk-based non-profits each year, we are committed to keeping costs for space rental, music, and dinner reasonable in order to donate the greatest amount of the proceeds possible.”

This year’s beneficiaries are STAR Inc. and Norwalk YMCA. Tickets are still available, according to Ticketfix, and are $150. But today is the deadline: “Reservations with payment will be accepted until January 24, 2020, or until the event sells-out,” the website states.

“This was a very difficult choice, and one that we made after considering all the alternatives. Since we really wanted to hold the Ball in Norwalk, it isn’t a perfect solution,” Rilling wrote in 2016.

In December, Rilling said, “We’re still trying to find a place that perhaps we could eventually have it in Norwalk, but right now, we don’t have a place.”

Someone had an interesting suggestion, but the Italian Center gives Norwalk a really good price and they have all the linens, tables and silverware, he said. There are tents at the Ascension Club and you’d need heaters in January. If you tried to do it in a facility that doesn’t ordinarily have events like this, you’d need to bring in tables, chairs and linens, all at a cost, he explained.

If Norwalk tried to hold a ball that way, it would have to charge $300 a ticket just to break even, he said.

City Clerk Donna King addressed this in 2016 comment on NancyOnNorwalk:

“This ball has always been a Community Ball. It was never very expensive and has attracted folks from all walks of life. It is a tradition that the Mayor, more than anyone, would like to have continue in Norwalk. But, that was not possible this year because of the high cost of expanding venues to a 500+ capacity. Tents on the lawn are very expensive. Caterers are expensive, etc. We did look at and explore many venues in Norwalk which I will list. None were affordable if expanded with a tent. We needed a location with everyone in one room, including a dance floor. The point is to keep the tradition, as established by Frank and Louise Esposito. All the following venues were explored: Maritime Center, Dolce, The Pavilion, Stepping Stones… and others.
“Please remember the point is to bring Norwalk folks together and donate to local, worthy charities.”

The 2020 Mayor’s Ball is advertised as a Masquerade Ball.

“I’m not sure what that means. You can come dressed however you want,” Rilling told the DTC in January.

If that bums you out, take heart: Norwalk is taking things from Stamford, too. Bob’s Furniture is opening here Saturday and according to Westfair Online, they’ve closed their Stamford store.

Also, we’re getting their Apple Store. Allegedly a new shiny Apple will open in The SoNo Collection on Feb.15.

Pinstripes is open. Stamford doesn’t have a Pinstripes.

@Justin Matley — Good idea. Non-Political is a great idea. However, I don’t quite understand why politicians would be invited. Sarah Lemieux makes sense. She has a great understanding of the school system. I’m not the smartest guy on the planet, but wouldn’t Bobby Duff bring a certain political tone to the evening?

Hi John and others curious:

Thanks for the question. It’s a good one.

What isn’t mentioned in the above article is that one of the goals is to find areas of common ground between different groups, and maybe produce actionable goals that could help seed legislation. As much as one person or the other may not like their elected representatives, political avenues are the means through which budgets are built and laws are passed. I also ask for peoples’ political leans simply so that I can assemble a mixed group. So far, I’m thankfully getting more responses than the room can hold, and it’s important I keep the numbers reigned in to help this feel informal and relaxed. If someone misses one week, they get early dibs on another.

If you want to join the group, email the address in the article and I can send you the topline goals (there are four) and the rules of the group. It’s a coalition of some like-minded people, and some not: different political stripes, races, careers, interests. In the end, we are all here to learn more about the community and see where we fit into its progress.

They could have the ball at the Tyvek Temple and have cocktails and appetizers at The Garden Cinema! LOL

Look closely at the picture. It looks like they are dancing to three different songs. Some fast some slow. Probably an indicator of how the run our city.

@Justin — Thanks — I’ll connect. One last thing – I expect there won’t be pictures taken at the event for politician’s self interests?

Justin: I think it’s a great idea, but is flawed in the decision you’ve made to invite political leaders. In my experience, one of the greatest problems we have in this City today is that our “leaders” are, to a very large extent, defenders of the status quo, their particular biases, the positions of their parties- and most unfortunately, sometimes all three at once. I think you would be far better served by having a forum of ordinary citizens FIRST- then inviting the political leaders in to discuss the results in a subsequent session. I’ve wasted too much time over the decades having worthless conversations with leaders who only pay lip-service to “openness”, to ever want to participate in a session where a good exchange of ideas might be inhibited by “our leaders” mere presence.