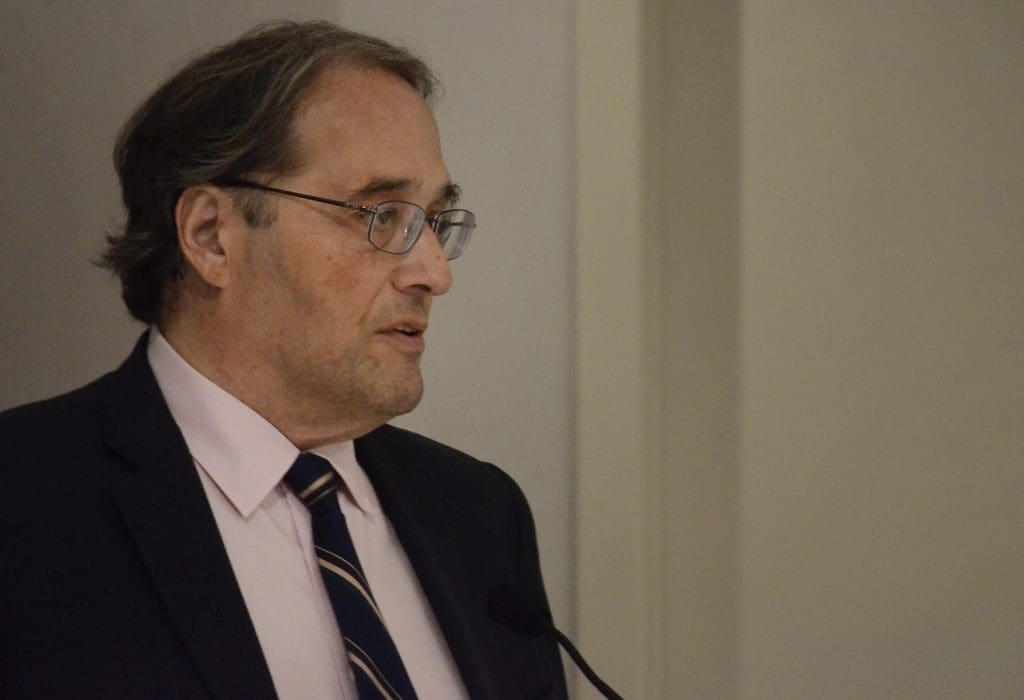 That’s the news from a pair of Finance Committee meetings Thursday. Rather than drawing down $6 million from the Rainy Day Fund in 2018-19 as was planned, “We’re looking at a $6 million surplus. It’s a swing of almost $12 million,” Chief Financial Officer Henry Dachowitz said to Common Council members.

NPS is permitted by state law to retain $1.9 million of its surplus and is returning $805,297 to the City, NPS Chief Financial Officer Thomas Hamilton said to Board of Education members.

“These are preliminary balances subject to change,” Dachowitz said. “…We’re in the midst of an audit. These are estimates made by the management and budget staff.”

Hamilton had a similar comment: “This number may change a little bit, but I don’t see it changing materially.”

The City’s “positive variance” in revenues of $4.6 million is attributable to a Walk Bridge easement sale of about $2.5 to $3 million and $1.5 million in tax revenue, Dachowitz said. Expenses are $6 million less than forecasted.

Hamilton did not explain the surplus. It was expected and the $1.9 million was built into the 2019-20 budget.

Dachowitz said he’s expecting that $1.5 million of the City’s surplus is going to “rollover” to City departments and be used for projects that have already been approved but not funded. This is a way to encourage department heads to manage their budgets well.

Dachowitz noted that he’s been on the job less than six months, and Comptroller Chitsamay Lam and Director of Management and Budgets Angela Fogel have “been here less than a year.”

“So this is our first run through with the process,” he said. “We’re conservative. Anything can happen in the audit. We think we’ve caught everything. We think that these are good numbers, but it’s subject to change.”

“I would say is going forward, as we have surpluses, we can then work to pay off the liabilities we have with the pension, and with the OPEB liabilities,” Dachowitz said. “And we use that judiciously, conservatively, once you pay that you don’t have (those funds) available. But we have a healthy surplus of a Rainy Day Fund. And that’s what we’re trying to do.”

Dachowitz started his job on April 29. It was his first appearance at a Council Finance Committee meeting. Committee Chairman Greg Burnett (D-At Large) said he had requested that Dachowitz attend and explain the 2018-19 budget year-end forecast.

So why then is a “rainbow crosswalk” being installed?

“As I understand it the Rainbow goes around the existing crosswalks.  We are replacing asphalt that has been fatigued from braking and sudden acceleration,” Igneri wrote.

The Council on Tuesday voted to spend $76,780 on what they say will be the first permanent artistic crosswalk in Connecticut. The rainbow design was requested by the Triangle Community Center, which raised $7,500 toward the project, after the Economic and Community Development Department worked with the Transportation, Mobility and Parking (TMP) Department to design a process to encourage artistic sidewalks in Norwalk.

“There was no plan to improve the crosswalk itself, except the asphalt around the intersection was seriously fatigued (as is common at such busy intersections) and needed to be rehabilitated,” Igneri explained Thursday. “The artistic pattern was selected to provide enhanced driver visibility and pedestrian safety at a high traffic volume intersection.  This intersection conveys approximately 50,000 vehicles per day.  The artistic pattern is intended to provide a neighborhood image at a critical causeway when entering the City of Norwalk.”

The price of Connecticut Partnership 2.0, the state health insurance plan that Norwalk Public Schools switched to in 2017 as a cost-saving measure, is going up, NPS Chief Financial Officer Thomas Hamilton said Thursday.

“I heard we’re getting another million-dollar hit from the state on our health insurance,” Board of Education Finance Committee Chairman Bryan Meek said, prompting the conversation. “That’s without the actual increased percentage, just because we’re in Fairfield County?”

The state is implementing county-based rates for Connecticut Partnership 2.0 existing plans and/or employers, effective in July 2020, and is spreading the impact over two years, Hamilton replied. Half the impact will be felt in the 2020-21 budget cycle and the other half in the following year.

“The Partnership 2.0 program, currently run by our state, is losing money,” Julie Chubet wrote in a CTMirror.org opinion piece. “They are paying out more in claims than they are collecting in premiums and the shortfall is paid by the state.”

Hamilton in 2017 said the savings NPS would reap from switching to Connecticut Partnership 2.0 might be short-lived.

The state is basing its charges for CT Partnership 2.0 on a on statewide book of business, but expenses in Fairfield County are higher than average, Hamilton said.

“Our experience is apparently not as favorable as the statewide book of business,” Hamilton said. “Because the 2.0 Partnership is charging one rate… it produces savings for us that normally would not be the case. If it was any other insurance company, frankly, they would look at our actual claims experience. They would get five years of claim data and then they would give us a rate that would be reflective of our claims experience.”

The “$1 million” figure is based on the estimated cost if the switch had been made this year, Hamilton said Thursday. The state has indicated that existing plan holders can opt out with 90 days’ notice, and, “We’re going to obviously do some financial analysis to make sure that it makes sense for a sustainable plan under these changed conditions…. We won’t know the real rates until actually until April of next year.”

Unfortunately, the only sure fire way to keep municipal insurance costs down to the public, is to have city employees pay higher premiums like the rest of us do in the private sector. Right now, in Connecticut, we have three classes of employees: public sector workers, the overburdened private sector and those moving out of state. This is not sustainable.

Why don’t we pay tribute to our men and women in the Military and do a Red White and Blue crosswalk!

GGP, owners of the mall, has over $300 billion in retail assets across the planet. The new mall represents less than 1/2 percent of there overall portfolio.

The mall plans for 700,000 square feet make this slightly smaller than the Palisades Mall which on average draws 50,000 visitors a day.

So they are effectively going to double the traffic volume through this corridor.

Before anyone get’s too worked up about $75k we should look at the larger picture.

The new apartments being built on Glover Avenue were deemed to present no significant impact to traffic. 3 years later we found out $10 million plus in roadwork will need to be picked up by taxpayers to make the area streets safer.

What do you think the mall is going to require in taxpayer funded roadwork needed to accommodate the doubling of traffic that is about to happen?

I would donate to and support a cause to put Red, White and Blue crosswalks on Belden Ave.

There is already a mural with a flag and an eagle right by several crosswalks.

Why aren’t our Common Council meetings on TV anymore?

They’ve been running the same meeting since April.

We can certainly afford to buy a new camera which will have a clear picture and it doesn’t look like
everyone in under water in a foggy aquarium.

We need to clearly see their eyeballs as they run through nearly a half a billion tax dollars every year.

“Economic Development Driver” right. Hey honey, lets go look at the rainbow tiles in the pavement#thingspeoplesaynever…they think we are stupid. I guess we are we voted these people in thinking they would be careful with our money.f

“The new apartments being built on Glover Avenue were deemed to present no significant impact to traffic. 3 years later we found out $10 million plus in roadwork will need to be picked up by taxpayers to make the area streets safer.

What do you think the mall is going to require in taxpayer funded roadwork needed to accommodate the doubling of traffic that is about to happen?”

I was wondering about Glover!

Enough with all the $ for painting of crosswalks – how about the city ups the budget so Public Works would do more than 4 yard waste pick ups all year. Making taxpayers who do our own yard work have to bring the bags to the yard waste site is ridiculous. Go there any day it is all senior citizens dumping bags & two city workers are sitting watching.

Jill, I agree with the ludicrousness of Jessica Casey’s statement. #Doyourjob

But she wasn’t voted in to her position. She applied to a job posting and was selected by the mayor and probably a committee.