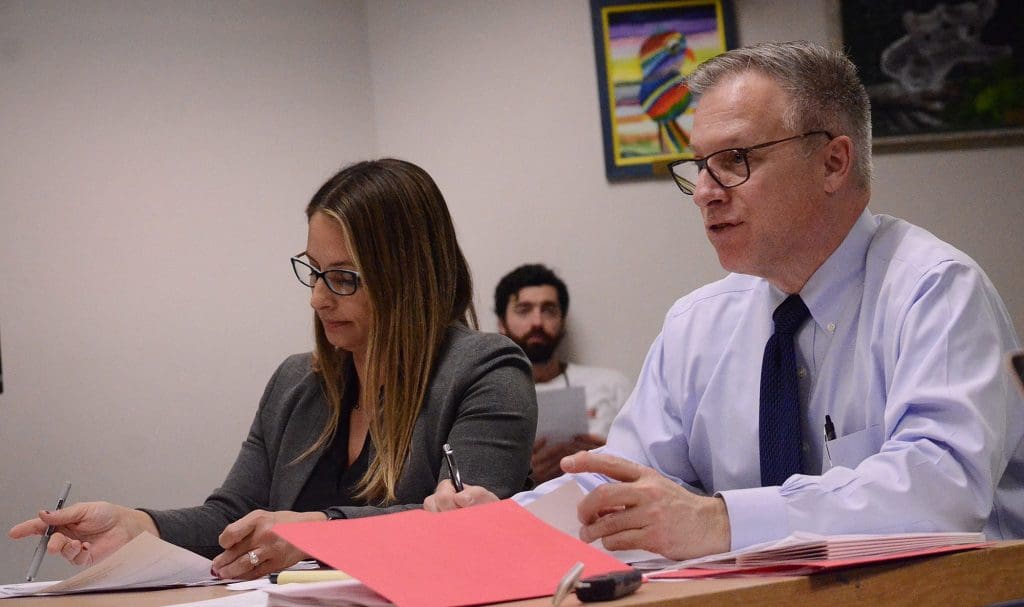 Enrollment growth is projected to account for another $3.3 million increase. The growth in English Language Learners is expected to add nearly $1.9 million to the coming budget.

These preliminary numbers were presented Thursday to the Board of Education Finance Committee.

“The budget is, you know, not really nearly done,” Norwalk Public Schools Chief Financial Officer Thomas Hamilton said. “We’re not presenting a budget tonight in any sense, but we do want to give you, you know, some heads up as to what we see as the high priorities, what are the budget goals that we’re focused on.”

“Suffice to say we have a lot of work to do, we have to try to figure out how we can properly fund the Board of Education while still keeping taxes as low as possible,” given the elimination of the SALT deduction, Mayor Harry Rilling said Monday to the Democratic Town Committee.

The Norwalk Federation of Teachers is responsible for $2.3 million of the expected $5.6 increase in salaries and benefits for 2019-20.

“I want to point out to the public that all of these contracts were negotiated under the leadership of Mike Lyons as a Chairman of the Negotiations and Personnel Committee,” Finance Committee Chairwoman Barbara Meyer-Mitchell said.

Lyons on Monday wrote to NancyOnNorwalk, “the salary increases per the contracts I worked on total $2.99 million, against a base of $126 million in salaries, for an average increase of 2.37%.  The CPI-U (all urban consumers) for the last year was 1.7%, so in real dollars the salaries increased 0.67%.”

“These increases were well below State averages.  For instance, in Tom Mooney’s analysis for the Board of the new NFT contract (by far our largest), he stated:

“‘The cost projection for the settlement with the NFT is as follows:

“Our contracts also all continue the process we started back in 2012 of steadily increasing the percentage of healthcare premiums payable by the employees.  By way of example, with the teachers,

“‘Premium cost sharing increases each year of the agreement as follows:

Meyer-Mitchell, after Thursday’s meeting, wrote, “The foundation costs are contractual, based on newly negotiated contracts.  The Board of Education is grateful to Mr. Lyons for his hard work to secure advantageous contract terms.  As Finance Chair, it is my responsibility to budget accordingly to be faithful to our contractual agreements.  It’s important that the public understands that this is a fixed cost for our FY 2020-21 operating budget.”

The enrollment growth increase may go up, as the current calculation is based on the 2019-20 per-pupil expenditures and that number will probably be higher, NPS Budget Coordinator Kristen Karzcmit said Thursday.

It’s based on the latest enrollment information, which was provided to Norwalk Public Schools that day, Hamilton and Karzcmit said.

NPS plans to add personnel to deal with the ELL influx, in addition to people who have been or are being hired this year, and the $1.9 million increase includes the additional $545,000 cost recently added to the 2019-20 budget, they said.

Magnet school funding is thought to be increasing by $744,000 and it’s possible that there will be a $917,000 jump in transportation costs, the budgeteers said.

‘Doing it a little bit differently’

Rilling said he’d sat down with Norwalk Superintendent of Schools Steven Adamowski on Monday to review the “very preliminary” numbers.

The GOP-led Congress in 2017 passed a tax reform bill that puts a $10,000 limit on the deduction for state and local taxes (SALT). This “unfairly targets residents of blue states,” Rilling said in a 2017 statement. There are 3,866 Norwalk residential taxpayers who are potentially affected by the change, then-Finance Director Bob Barron said in April 2018.

“It makes it very difficult for us to continue raising taxes, because people’s deductions are limited as well,” Rilling said Monday.

The budget process is being done “a little bit differently” and, “This year, we’re trying to get the department heads to take greater ownership of their budget,” Rilling said.

Department heads are being told to “come in flat,” with no new positions, he said. “It’s a long lengthy process. And we’re looking at probably finalizing the budget by May.”

A few things to ponder which makes my blood boil:
1) Based on story — Enrollment growth is accounting for $ 3.3 Million increase, and ELL growth will account for $ 1.9 Million increase. THE fact of the matter is 99% of growth is for ELL students, hence the bottom line is ELL growth is responsible for entire $ 5.2 MILLION budget increase. It is my hope that Administration starts shooting straight with us.
BY the way, this is just the increase from prior year. HOW much are we paying for ELL Program? The numbers seem to be in a black hole somewhere and no one seems to want taxpayers to know. I can tell you it’s tens of millions, and we are seriously hitting crisis levels
2) Harry Rilling may be a good politician but he’s a horrible accountant. To blame the GOP tax changes for any pain Norwalk taxpayers will encounter is disingenuous at best, and an outright lie at worst. He’s forgetting to mention payroll tax rates dropping, and opportunity zones created which help towns like Norwalk. They were part of 2017 tax act. Whether he realizes it or not, most in Norwalk are ahead at the end of the day. 3) Harry needs to get off his ass and find support for these ELL programs from state or Feds. We keep hearing about phone calls to Himes, but Jimmy Himes seems to be busy with other things right now. AND Bobby Duff seems to be working on next year’s election brochure, so we shouldn’t count on him. 4) An unintended consequence of Norwalk being so welcoming to immigrants is there’s a bill to be paid for services. That bill is coming due in a big way. It has nothing to do with SALT deductions. 5) In summary, ELL programs have cost us over $ 225 Million over last decade, it will surely cost a heckuva lot more over the next decade. AM I the only one in Norwalk who thinks this cover up of true costs of ELL growth is disgraceful?

totally agree john let the politicians pay the ell out of there pockets if they want to be so welcoming-enough is enough.

How embarrassing to continue this myth about SALT?

SALT does affect a very small percentage of the population, typically employed / single empty nesters with high property taxes, who were never subjected to the original SALT cap AMT which has been on the books since the 70s. Funny thing is these are the very people the mayor’s party has been screaming to raise taxes on for decades.

Leadership is not waving around red herrings and shiny new objects.

The “Scrap it Second” proposal by our photo op legislator isn’t going to get it done either.

“The GOP lead Congress in 2017 passed a tax reform bill that put’s a $10,000.00limit on deduction for state and local taxes(SALT) This unfairly targets residents in Blue states” No I think we have it backwards. Blue states unfairly target their residents on taxation. We currently pay high fuel taxes, then we are innundated with the need for tolls, Grocery taxes it does not stop. We don’t have a taxing problem we have a spending problem. The Mayor goes on to state…It makes it very difficult for us to continue raising taxes…Thank God.