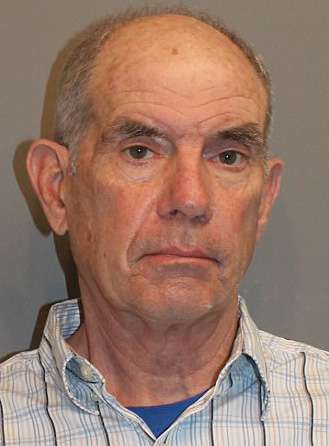 NORWALK, Conn. — Norwalk Police have arrested a Norwalk Recreation and Parks Department employee and charged him with 32 counts of Forgery in the Second Degree.

William Howard, 70, of 29 Bonnybrook Road, was a seasonal employee with the City who had no access to City accounts or funds, a press release said. The alleged forgeries concern “submitted vendor bids.” His arrest stems from an investigation requested by the Recreation and Parks Department.

“The bids in question date back to at least 2007,” the release said. “They were discovered in late 2020 following changes in personnel and reporting structure within the Recreation and Parks Department. As soon as City staff noticed discrepancies in documents and receipts, they immediately contacted the Norwalk Police Department for investigation. Due to statute of limitations, investigators were able to proceed with charges for incidents that occurred within the last five years.”

Former Recreation and Parks Department Director Mike Mocciae retired in 2017. Nick Roberts was hired in April 2019 to be Director of Recreation and Parks, a subtle title shift that reflects a big change in City government: the position was revamped under the reorganization of City administration positions, commonly called the “reorg.” Roberts serves under the Chief of Operations and Public Works, himself a recent hire.

“These allegations represent a severe breach of the public’s trust and are in no way indicative of the overall workforce of the City of Norwalk. Professionalized restructuring of City Hall helped bring these alleged actions to light. I applaud the efforts of our staff in Recreation and Parks for taking immediate action and contacting the Norwalk Police Department as soon as they noticed something wasn’t right,” Mayor Harry Rilling said in the release.

Howard turned himself in Thursday, the release said. He was processed and released on a court set bond of $100,000 with an arraignment date of April 23.

Attempts to reach Howard were unsuccessful.

If Norwalk’s Recreation and Parks Department is looking for a replacement / new hire then, I’m up for the job! (Recent SCSU Recreation and Leisure Graduate.) 🙂

Why was there such a gap between hiring and noticing the problem? And why is the mayor proud of catching it late? Am I missing something?

Bill Howard is a class guy with deep roots in Norwalk and countless hours giving of himself to Norwalk’s youth. Maybe leadership in city hall should examine themselves and the way they rip us taxpayers off instead of a witch hunt on a 70 year old gentleman. You wonder why people with deep ties here are leaving rapidly.

As Tysen says, you’d be hard pressed to meet as nice a person as Bill. I’ve known him a very long time. Hoping people involved look at his history in terms of all the good he has done for so many Norwalkers, for many, many years.

It can happen to anyone. He may have simply fallen on hard times. Let’s wait and see what the investigation uncovers before passing judgment. We will need accountability and the money paid back to the taxpayers if he is guilty.

I’ve known Bill Howard for many years, he ran the rec league basketball program my son played and coaches in. Like Tyson & Tim said he is a class act and has been dedicated to the youth in this city for decades. He’s a incredibly kind, fair and accommodating man. He’s also very appreciative of the other volunteers he works with. I’m not sure what went on but it changes nothing in my mind as far as his character.

You’ll never find more if a stand up guy than Bill Howard. It sounds like thats how business was done. It’s not his fault. How about Bill makes up an invoice for all of the free and donated stuff he has supplied to city programs over the years? The city would owe him thousands.
Sounds like someone is trying to make a name for herself. Disgusting, you should be ashamed of yourself!