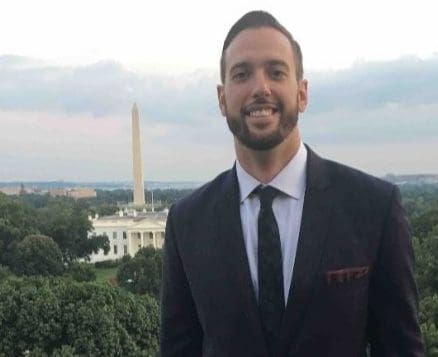 Brian Bidolli is coming to Norwalk “with 12 years’ experience in economic development and redevelopment as well as in planning and public/private partnerships. He most recently served as the Managing Director for lnsite Analytics, a business strategy consulting firm with clients in real estate, urban planning and economic development. Mr. Bidolli also served as the Executive Director for the Connecticut Metropolitan Council of Governments from 2010- 2017, making him very familiar with state and federal granting processes as well as with municipalities throughout the state of Connecticut,” a press release said.

Bidolli was hired at the Nov. 12 Redevelopment Agency meeting after being unanimously chosen by an executive search committee, the press release said. He was one of 35 applicants attracted by the executive recruiting firm GovHR USA through a nationwide search.

Bidolli is co-founder and CEO of InSite Analytics, the company’s webpage says, commenting, “Through his work with elected officials, Brian has led numerous public policy initiatives, both domestic and international, with a focus on the integration of data and technology into government and business processes.”

It continues, “Through his expertise in organizational change management and strategic planning, Brian was able to increase discretionary grant revenues and program productivity by over 200% within his first three years of service as Executive Director of METROCOG. He led the creation of a regional geographic information system, brownfields partnership, and generated a five-fold increase in transportation infrastructure investment in the Greater Bridgeport Region.”

“We believe Mr. Bidolli’s knowledge of economic development and redevelopment from both the public and private sides of the table will be a tremendous asset to the Norwalk Redevelopment Agency and City of Norwalk. He also has extensive knowledge of Connecticut and will be able to hit the ground running.  His strong interpersonal and analytical skills make him an excellent choice for the Executive Director position,” Redevelopment Agency Chairman Felix Serrano is quoted as saying in the press release.

“In a previous life Brian was a jazz composition major at Berklee College of Music in Boston, MA. He is a guitarist, urban explorer, and self-proclaimed data junkie.”

Bidolli’s LinkedIn page states that he’s also been a lecture and program manager in real estate finance and development for the University of Arizona since June 2017.

He is quoted in the release as saying, “I am very honored and excited to be the next Executive Director for the Norwalk Redevelopment Agency. I enthusiastically look forward to working with the community on the exciting projects underway.”

Sounds like great credentials. Hoping for great things. Hope he enlightens the city and things start moving in a positive direction!

The Wall Street Neighborhood Association (WSNA) is encouraged by the recent hiring of Brian Bidolli as the new executive director of the Norwalk Redevelopment Agency (NRA). Mr. Bidolli’s background, education, and experience should be an asset to the ongoing revitalization efforts of Norwalk’s urban core. It is WSNA’s hope to strengthen our working relationship with the NRA.

We trust that Mr. Bidolli will build upon the solid foundation of steady improvement the Wall Street area has experienced over the past decade, much of this improvement due to the persistence and hard work by the residents, business and property owners.

Key areas that we hope Mr. Bidolli can bring insight, solutions, and economic benefit to Norwalk include:

• Fostering a speedy resolution to the POKO impasse by bringing together all parties into a productive, transparent working relationship that benefits all Norwalk taxpayers.

• Demonstrating the potent economic and revitalization benefits of a train station re-established in the Wall Street area.

• Leading the City in recognizing that the above issues, among others, can bring significant and lasting economic and social benefits to the City of Norwalk.

WSNA looks forward to working with a revitalized NRA in the on-going revitalizing of the Wall Street area, and in so doing help Norwalk achieve its potential.

WSNA is a not-for-profit 501c 3 with a goal of the revitalization of the Wall Street area. We are a “big-tent” organization and always looking for people who want to get involved to make this goal a reality. All we ask is that you bring a willingness to work with others.

He can point his partnerships to city for new development. How many New Yorkers can be relocated here? There’s been out-flux of people in other parts of CT, can work with Duff to sell Manhattan proximity and keep attracting outside demographic to town.

With tall bridge going up, should start incentivizing Devine Bros to relocate, get some luxury apartment on Norwalk River. Increase property values up, existing residents can sell higher to move if they like to divest home or if taxes go up too much higher.

Having real estate consultant be as also influencer in city halls good for helping development more.