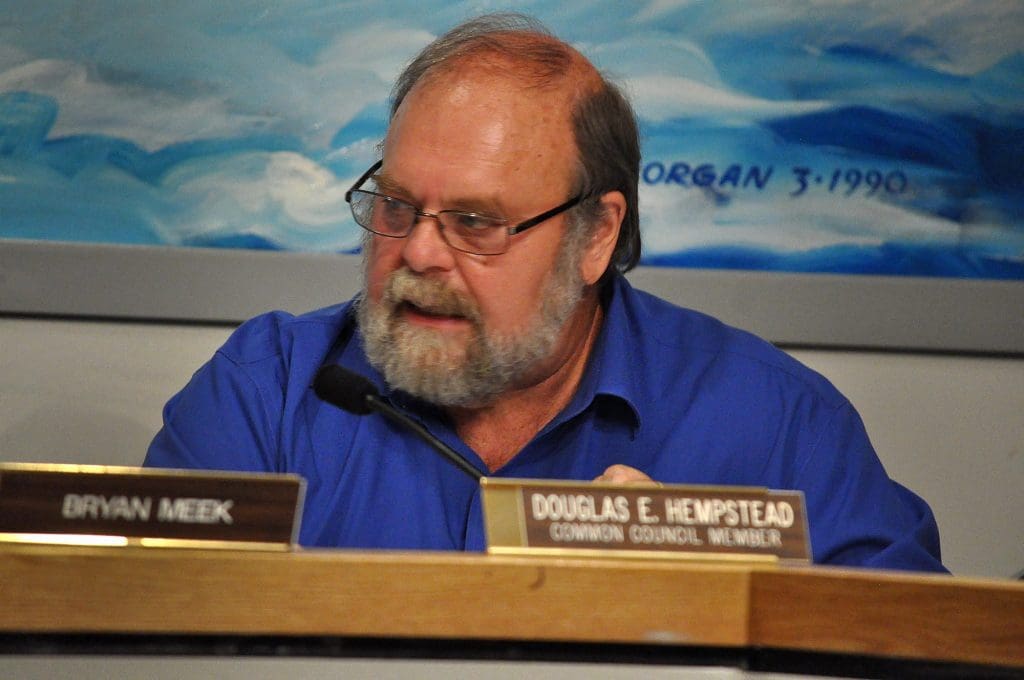 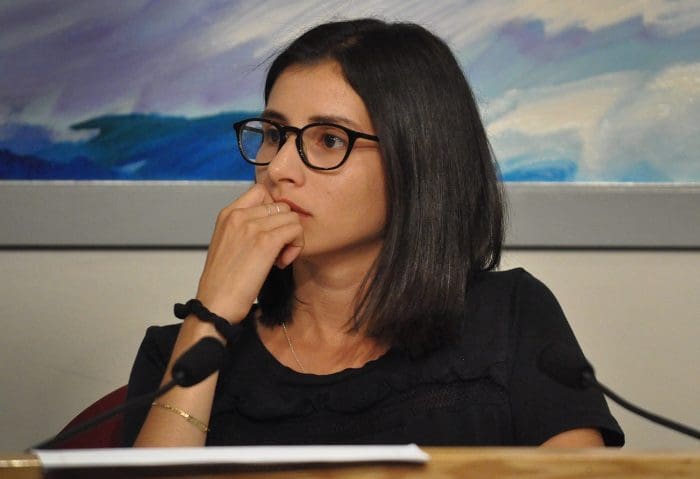 NORWALK, Conn. – Parts of Mayor Harry Rilling’s administrative reorganization are headed to the full Common Council next week for a vote.

The vote was 4-2-1 after a brief public hearing.

Rilling’s reorg aims to reduce the number of staff members who directly report to him from 19 to nine: seven “chiefs” plus the Chief of Staff and Corporation Counsel.  This is the first of the proposals to make it to the full Council.

Assistant to the Mayor Laoise King is expected to become Rilling’s Chief of Staff, with a $36,000 boost in pay said by Rilling and Director of Personnel and Labor Relations Ray Burney to be commensurate with increased responsibilities.

Former Council member Rich Bonenfant (R-At Large), an opponent of the reorg from the beginning, landed a zinger on that during the public hearing.

“Maybe with the Chief of Staff, you are going out for a national search but if the assistant mayor is currently working on her own job title, salary, grabbing some powers for herself and it’s all being done in executive session, I hope the ethics committee is OK with all of that,” Bonenfant said.

Rilling, communicating with NancyOnNorwalk via text, said, “No idea what any of that means. And nothing was done in executive session.”

Rilling said he wasn’t at the public hearing because he had just returned from a week-long vacation.

Rilling and King have said that the reorganization was developed over the course of a year through discussions with department heads. An Ad Hoc Common Council Committee first vetted the proposals before sending them to the Ordinance and Personnel Committees. An executive session was held by the Ad Hoc Committee in May.

Also speaking at the public hearing was Jackie Lightfield of Norwalk 2.0.

“I am here to support the reorganization,” she said. “As an executive director and president of multiple organizations, being able to reorganize your staff in a reporting structure that makes sense to you is very important.”

Adolph Neaderland, another vocal opponent, called the changes “a piecemeal attempt to overcome the negative reaction” the reorganization had received.

Council members have not moved forward changes to the Fair Housing Department, due to objections from the Norwalk Branch NAACP.

Deb Goldstein called the proposals “not ready for primetime,” while Elizabeth Greenwood talked of issues faced by disabled people.

Republican Town Committee Chairman Mark Suda, a police officer, said the Council is asking for $30,000 to $40,000 a year raises for seven department heads.

Hempstead was the only Council member to speak.

“President Obama had 15 cabinet members, of a country of 340 million people,” Hempstead said. “… I don’t think 15 department heads in a city of 84,000 is overwhelming. My disappointment even on top of this, there is no plan of implementation … I am not against reorganization because I have been involved with them in the city a couple of times before, but it had a plan. This one to me came without the proper analysis of what it is that we are trying to fix.”

“The City of Norwalk organizational structure, the table of organization, has not changed in decades,” Rilling said in May, shortly after the proposal went public. “People talk about the inefficiencies of government, so we want to make sure that we try to make government as streamlined as possible.”

Astonishing consequences of one party rule in this (and this State). At best, this is another tax increase in the making with nothing to show for it. At worst, it is Cronyism at its worst (why is Ms. KING THE MOST qualified person to be receiving this kind of salary? Where is the National or even Local search for the best available talent?). Why weren’t these cost increases brought up before the last election cycle? Mayor Laoise understands that the disinterested and disengaged leftist Norwalk electorate will vote for anyone with a D next to their names. The few who bother to vote in this City deserve what they get.

Very discouraging. Norwalk property taxes are crushingly expensive and we’re now going to be paying for two Mayors, raises all around and no accountability. Ridiculous.

Norwalk gets what it deserves by having a political monopoly run the city. Our taxes go up, our property values go nowhere.

Hemstead “My disappointment…there is no plan of implementation … I am not against reorganization because I have been involved with them in the city a couple of times before, but it had a plan. This one to me came without the proper analysis of what it is that we are trying to fix.”

It’s great to give out raises like balloons at a carnival
When our students melt in non Air Conditioned Class Rooms or sit in Portablels that we’re from the 1980’s!!! I mean seriously where are our priorities?! And when the budget request comes from the BOE what will the CC or the Asst Mayor King have to say then? A re-organization is not a terrible thing except when it hurts the tax payers and students.

Reorg of some type probably a good idea. But, none of this matters unless the City restores to some type of performance evaluation system and identifies any collective bargaining agreements that allegedly prevent annual reviews, goals, etc. Personally don’t see any ethics issues here but Council member Bonenfant should know that the current Ethics Rules are not pro-active and only kick in if someone files a complaintt. It’s about “gotcha” rather than “do the right thing.”

Reorg doesn’t address Norwalk’s long standing problems, e.g. stagnant growth of our Grand List for nearly a decade, punitive taxes, inability to attract a major business sector, renters displacing long time homeowners fearing further property value declines. If Reorg was so “important” why the delay ? Giving a major salary boost to the Mayor’s assist to assume the grand title of “Chief of Staff” but without the qualifications will just further demonstrate that lack of business management skills at City Hall. But its an election year coming up.

Thank you Doug Hempstead and Michael Corsello for standing up and voting against this!

Mayor Rilling’s Reorg Plan that requires more spending, not less, especially boosting his assistant to a lofty Chief of Staff with a $35k boost is making the rounds of our business community. Norwalk voters need review our long standing tradition of electing Mayors without business experience or bacic management skills. It’s certainly been noticed by our County business community. No other major CT city save Waterbury with ethics problems ever elected a former Police Chief to become its Mayor. Now we have a better understanding of the limitations of that background.

It’s very disheartening that the Democratic members of this committee are in total disregard of the sentiment at the “hearing” that this was a blank check, without any offsetting/balancing action,

To approve spending at a minimum, some $500,000 (my estimate) at this time is an outrageous misguided move.

Such a proposal should require a detailed expense schedule with supporting justification rationale , all missing.

What Suda failed to mention is the he made $166,518.59 last year. I would say that nobody is worth that kind of money for a job that the required education is a GED. Also I would go onto to say that nobody is worth 65 plus an hour to stare a a hole in the ground. So considering that Suda is attempting to be frugal will he do the right thing and not accept 65 bucks an hour for dirt jobs that can be done by a flagman for about 20 bucks an hour?

Swamp! Nepotism! Cronyism! Favoritism!
You little norwalk people stay out of the way !