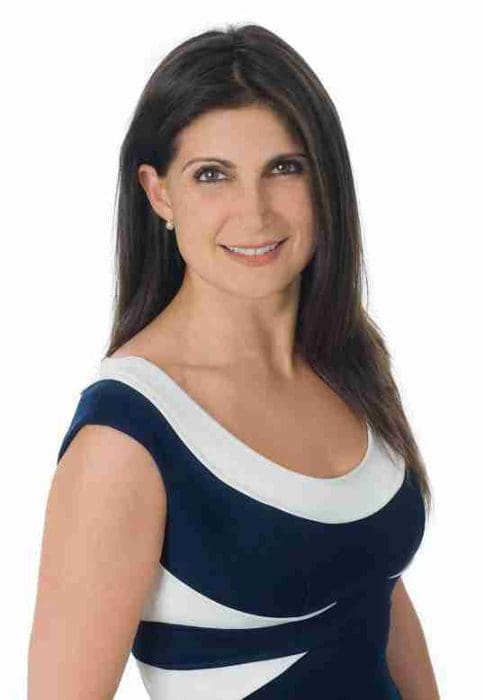 NORWALK, Conn. – Norwalk Attorney Jessica Kordas is seeking the Republican endorsement for Attorney General. Kordas, the only candidate to have filed so far, cites a lifelong passion for public service, inspired by her grandfather.

“My intention in doing this is not … self-interest, but it’s because I genuinely want to make a difference here in Connecticut,” she said. She came from a working-class family “that worked, really, really hard” and “I feel like we’ve lost a little bit of that in society, I feel more people need to do for others and less for themselves.”

Kordas, a single mother with two children, works for the Maddox Law Firm. Its website states:

“Attorney Kordas has a unique professional background.   Her experience includes managing and reorganizing medical facilities; researching, drafting preparing trading agreements for execution and assisting financial traders in maintaining licensing and credentials.  This background is in addition to her legal experience that has included management of large-scale criminal defense and life-altering injury litigation.   Her background allows her the ability to view a case not only as a lawyer, but also through the eyes of a businessperson and medical clinician.

“Licensed to practice in New York, New Jersey and Connecticut, Attorney Kordas has had the benefit of appearing in multiple jurisdictions, including all state courts in Connecticut, and the Town, Village and Supreme Courts in New York.

Kordas said she graduated from Pace in 2011. In addition to what’s mentioned above, she’s done wrongful death cases, malpractice suits, high net worth divorce and custody litigation and has worked briefly in the Bridgewater Associates legal department.

She attended Norwalk Public Schools and her mother still lives in the house she was raised in, near Brien McMahon High School, she said. She also “grew up in” her grandparents variety store in Greenwich, which they sold in 1988.

Lou Caravella, a Greenwich resident referred to as “the mayor of Cos Cob,” was her grandfather, she said.  Caravella was Greenwich tax collector from 1999 to 2009 and operated Lou’s, a candy and newspaper store near Cos Cob School.

“My grandfather always said, ‘If you don’t like it, you have to do something,’” she said. So she became involved with the Norwalk Republican Town Committee and is on the executive committee. She was also part of Ellie Kousidis’ campaign for State Senate two years ago.

She “did a lot of soul searching” and decided to make the “big commitment to run for AG. Her daughter, then 8 and now 10, told her to run for something because “if you’re not going to do it, who is?”

“I worry about what their future looks like,” Kordas said. “I’m not sure that my generation can expect better opportunities for their children than we had.”

She said, “I think there needs to be change in politics as a whole. I think we’ve become divided as a community, we’ve forgotten that we are people with very similar interests and desires.” She cited “basic freedoms” like freedom of speech and parental rights and the importance of fighting for them to ensure a better life for the next generation.”

She “hasn’t heard any rumblings” about other candidates, she said. She’s been campaigning by visiting Republican Town Committees and attending public events. Her website should be online soon.

Acting Norwalk Republican Town Committee Chairman Fred Wilms said, “We are excited that Jessica is running for Attorney General and wish her the very best. Should another GOP rival enter the race, she would certainly be our hometown favorite!”

“I think that there’s a lot of forward thinking on behalf of the party,” Kordas said. “I think there’s a lot of energy that we need positive change and positive direction in this country. I personally feel like we’ve lost our way, we’ve become very divided in a lot of ways as a nation. And I think that the candidates genuinely believe that it is time for the people to be heard, for them to be listened to.”

What a great choice for everyone in The State of Connecticut! Jessica will advocate tirelessly for all of us. I know Jess and her family personally. Jess has a strong moral compass and will do what’s right for the State. I am extremely proud that Jessica Kordas is a candidate for Attorney General. I hope everyone will follow her campaign during the next several months, I’m certain her commitment will inspire all of us!

Fantastic — will be keeping an eye on her campaign and lending support. She’s a far better choice than Tong!! He needs to go. Thank you for informing, Nancy!

Regardless of party affiliation, Connecticut could not do any better than Jessica for attorney general.

This is EXACTLY what Connecticut needs!

As Democrats, I think we will cross the line for Jessica…Comes from a great family of both Democrats and Republicans…