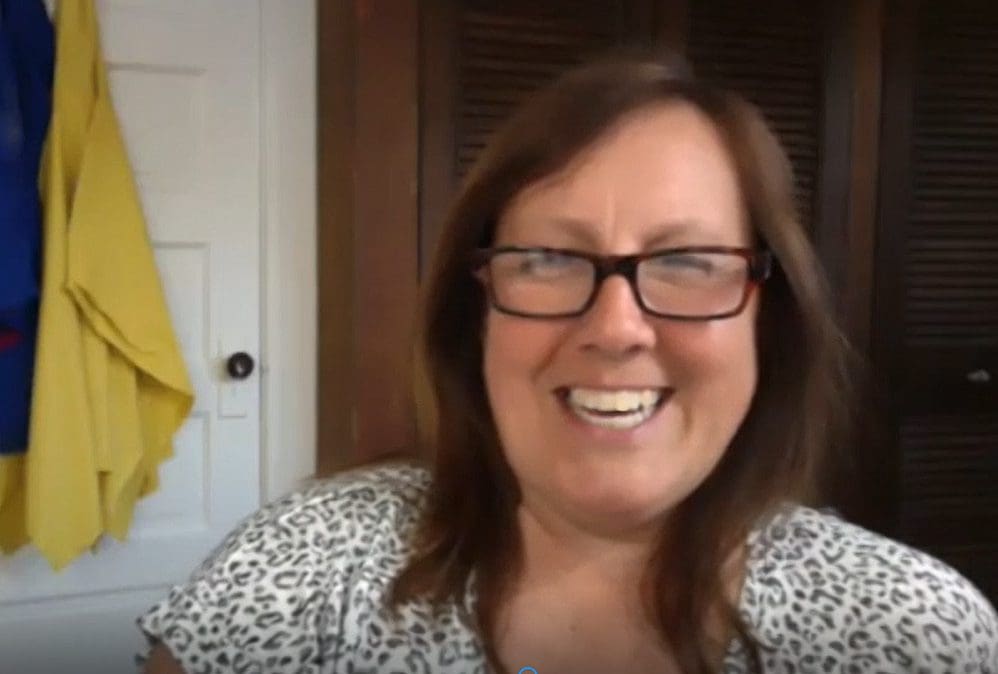 NORWALK, Conn. — Norwalk Republicans have completed their slate of candidates for this year’s election.

Republicans have taken heavy losses recently. They won only four of 15 Common Council seats in 2015 and it was downhill from there – Democrats have had a 14-1 majority on the Council since 2017 and two years ago, incumbent State Rep. Fred Wilms lost his seat to Democratic newcomer Lucy Dathan in the traditionally Republican 142nd District. Veteran State Sen. Toni Boucher lost her seat in neighboring Wilton to Democratic newcomer Will Haskell. Republicans also lost the Judge of Probate race last year.

Wilms is seeking his seat back and was endorsed Tuesday.

Dickens said the RTC has been working hard with other area RTC leaders and past and present elected officials to “put together game plans and to look at things.”

“Our mission is one mission and one mission only, to win and to win back our chairs, to win back Republicans spots,” Dickens said. “… I’ve been getting an awful lot of feedback lately from the other side that’s paying close attention to the people that we have nominated and put in certain races. And that’s a good thing. So, we’ll get their attention even more.”

Norwalk Democratic Town Committee Chairwoman Eloisa Melendez did not reply to an email asking for a response to that comment.

Riddle is Vice President and lead advisor for the Private Bank of Bank of America in Westport, and lives in South Norwalk. He was endorsed May 13 in a Zoom meeting, gaining 97 votes over 81 for Dr. Michael Goldstein.

Himes has held the seat since 2009. The former Goldman Sachs Vice President serves on the Committee on Financial Services and the Permanent Select Committee on Intelligence.

Himes is vulnerable on the issue of China, “which is a which the our president It has single handedly created a paradigm shift,” Andy Wainwright said, in nominating Riddle. “We didn’t have that issue previously. It’s something I believe that transcends both the all political parties, political ideologies. And I think it’s something that Jonathan is willing to go and enthusiastically attack Jim Himes on.”

Riddle said, “I know that when we bring all 17 towns together and with the wave of change that is sweeping the nation, we’re going to work diligently to unseat Jim Himes, and bring back the Fourth District to the Republican Party. This is a campaign that will launch the change Connecticut needs and usher in a new era to bring back jobs, stop the flee of businesses that we’ve all seen happening, and residents, and make Connecticut a prosperous state it can and used to be.”

Goldstein said Wednesday that he’s undecided if he will go to a primary to try to win the nomination. There were technical glitches in the virtual convention, as the man who was supposed to nominate him couldn’t get in, but “I guess we live in a different world and we just have to try new things and sometimes they’re less than perfect.”

There were 195 delegates at the convention and 180 votes cast.

Goldstein said a primary would be held in August, which wouldn’t leave much time for a campaign against Himes.

“I’ve been in discussions with a lot of people,” he said. “I’m still thinking about it. I have a little bit more time to decide and I’ve just have not come to a final decision yet.”

Wink is a former City Clerk who ran unsuccessfully for Common Council in 2017. She is seeking to unseat Democratic State Rep. Chris Perone, who is running for a ninth two-year term.

Wink said recently that she’s run her own business for 21 years, within a family business for 42 years. She was nominated Wednesday by former Norwalk Director of Marketing And Business Development Tad Diesel, who said Connecticut needs Wink’s entrepreneurial skills.

Democrats meet next week to endorse a candidate in District 137.

Flynn ran for the seat two years ago. In January 2019, Flynn said he was running against U.S. Sen. Richard Blumenthal (D-Conn.) in 2022. He has been actively campaigning, in a low-budget way. His campaign Facebook page is still busy.

“I don’t know if this is all possible,” Flynn said Wednesday, explaining that one district Republican “couldn’t be bothered” to nominate him, and another couldn’t be found. “I did talk to everyone I could I left messages all day and no one can call me back except for Riddle.”

Riddle was present and nominated Flynn.

“I know John is a fighter and he is going to represent Norwalk, the best of his abilities and take the fight to Democrats. He does do relentless work,” Riddle said.

Flynn’s work includes more than 60 YouTube videos posted during our pandemic quarantine period, many alleging crimes by public officials and/or corruption. An April 27 video attacked Blumenthal; Flynn begins his commentary by saying a hitman was sent to kill him.

This is an allegation Flynn has made in many lawsuits, claims that Stamford Police facilitated a murder for hire scheme against him and that Norwalk Police are helping to cover up 300,000 felonies. He states that he is unsuccessful in his lawsuits because the judges were appointed by former Gov. Dannel Malloy, who he accuses of being behind the murder attempt.

Flynn has also crusaded on behalf of South Norwalk residents, who he says are being hurt by pollution in the area. He sued Firetree LTD, over the nonprofit’s attempt to open a halfway house for federal convicts on Quintard Avenue.

He is a former financial advisor, he has said. In one recent video, he responds to a reporter’s request for a bio by saying, “What’s my bio? Well, we’re not going to be able to shake hands in the future…. My bio is complicated.” He went to Villanova, he said. “Malloy never went to jail, though I sued him many times.”

He’s been attempting to arrange a debate for all 1,138 Presidential candidates. The simulated debate will take place via smartphone and be “lively, informative and occasionally – Surprising”

Flynn on Wednesday seconded his own nomination, after being told by RTC Vice Chairman Mike Lyons that this was legal.

There were two votes in his favor, his and Riddle’s. Patrick Murphy abstained.

In April, Republicans said Murphy would run for the seat.

Flynn made no comments about his desire for State Representative but instead alleged that he’d been denied a Citizen’s Election Program grant two years ago for no reason.

“The guy investigating, named Vasquez, resigned a year later, had a year to investigate why the funds never came. And there was a huge pissing match and they discovered that Colin Hosten was a citizen of Trinidad and they gave him the money. Hmm. So that’s kind of odd.”

There’s no record on the Secretary of State’s website that Flynn filed for Citizen’s Election Program funding in 2018. He filed an intent to abide by the expenditure limits in May 2018, but there is no financial statement in support of a grant request.

Wood is an incumbent whose first term began in 2009. She is unopposed by a Democrat, was endorsed Wednesday morning.

Darien First Selectwoman Jayme Stevenson said she couldn’t do her job without Wood.

“We literally speak to each other every day about important matters that are happening here in Darien and around the state,” Stevenson said. “Terry’s ability to bring people together to solve problems on the behalf of our community, the Norwalk community and the state, in general, is unique among her peers.”

Wood said she’s running because she loves Connecticut but it’s “fiscally mismanaged for the underfunded pension liability. The unions are running the show, and the benefits far exceed the private sector in any other state of the union. And we have got to modify those.”
There’s an opportunity in the upcoming session, she said, listing four priorities:
“Continually evaluate and address the coronavirus pandemic.”

“We’ve got to make sure we maintain quality education for our young adults because that’s the future.”

“Reopen our state and local economies.”

“We must set our state on a path of fiscal sustainability. And that’s where someone said, there’s a silver lining… Never let a crisis go on used and this is this is an opportunity for us to address our financial situation, our overspending and where we’re overspending. The people who need the money the most, they’re not seeing that.”

Doyle Lyons will be entering her 20th year as Republican registrar, former State Rep. Larry Cafero said in nominating her. She’s a tireless worker, “recognized throughout the state is one of the leading, most knowledgeable, most trained registrars that there is and also in addition to that, is a champion and friend of every veteran everywhere, but certainly in the city of Norwalk.”

Dickens took a voice vote, not a role call vote. Everyone who spoke supported Doyle Lyons. Five Republicans then abstained.

In November, the night of the election, then-Board of Education member Bryan Meek urged fellow Republicans to oust Doyle Lyons. Meek did not appear to be present for Wednesday’s virtual convention.

Doyle Lyons accepted the nomination by delivering words she said would have been given by the late Ann Artel, former Republican Registrar of Voters.

“I know we really miss her,” Doyle Lyons said. “She would say now that the conventions are over, and our wonderful candidates are chosen to represent us, let’s work hard and let the voters know all about them, and how they will represent us, and not just Hartford. Fairfield County has been the wheelchair for the state of Connecticut for years under the ‘Democrat tax, and then spend, spend, spend.’ Connecticut is now in line with California and Illinois as financial disasters. We need Republican financially responsible legislators who will bring Connecticut back to the fiscal sound state of Connecticut. The wheelchair is broken. Let’s fix it.”

Democrats have taken over Norwalk recently because or liberal mayor and liberal state senator want Norwalk to be more like Bridgeport.
They are leading sheep to slaughter.