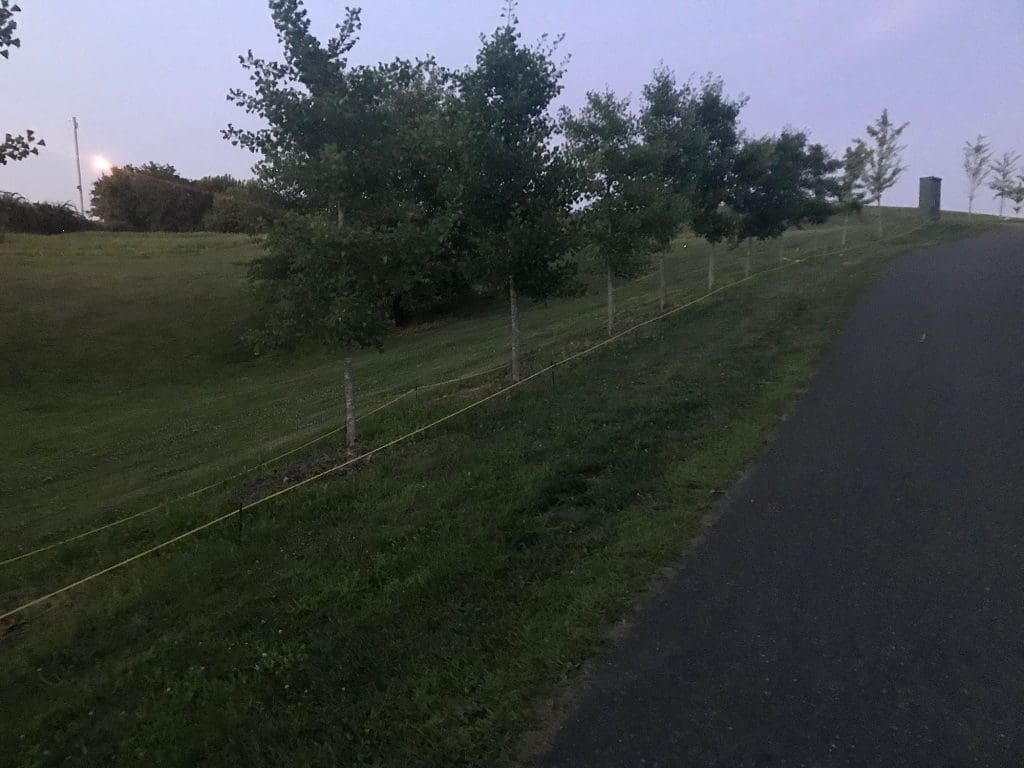 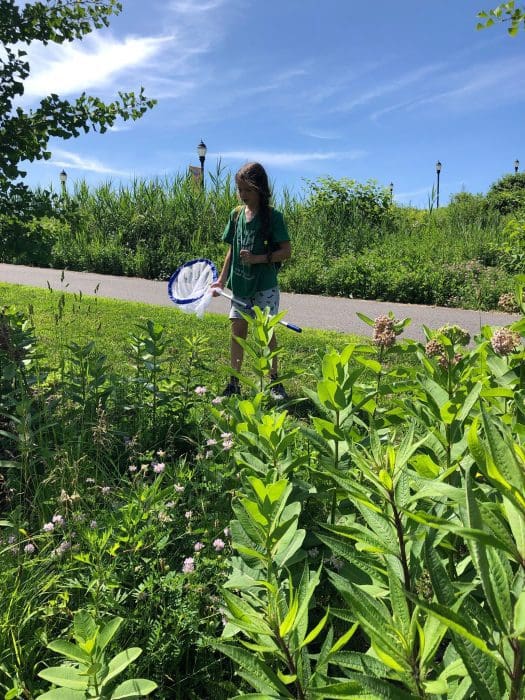 NORWALK, Conn. — A roundup of info for you:

Volunteers plan to meet July 20 in Oyster Shell Park to replace butterfly-friendly plants that were “erroneously” mowed down last week by a Norwalk Recreation and Parks employee.

“We have been promised replacement plants, including the milkweed,” Norwalk Pollinator Pathway wrote in a Facebook post, also asking for volunteers to help remove invasive plants from 10 a.m. to noon Wednesday, “a major push to keep removing mugwort and knotweed from the park and to re-establish our pollinator presence!!”

The Pollinator Pathway is a chain of safe havens for vital pollinators including bees, butterflies and birds. Pollinators were planted around the trees dedicated to the children killed in the Sandy Hook shooting; on June 29, Nicky Serrano announced on Facebook that the “entire lot” had been mowed down.

“Who knows how many {Monarch butterflies} were wiped out, this was a whole mini milkweed ecosystem. I’m disgusted,” Serrano wrote.

“That was an error,” Mayor Harry Rilling said Tuesday. “Unfortunately, the person doing the mowing did not realize what was there. We are going to be replacing them.”

Norwalk Parks Superintendent Ken Hughes on June 29 described himself as “stomach sick” over the incident.

“The Parks Department spent the day Saturday up at Oyster Shell, cutting and prepping the site for the upcoming NICE festival,” he wrote. “While some of our employees knew about this area, unfortunately not all did and the area was cut before we knew it was happening. Apparently some dogwalkers asked the men working to cut the area being it was close to the walkway and they were afraid of ticks. There was absolutely no malicious intent.”

He’s been working with the Pollinator Pathway folks and, “As a beekeeper myself, I know and understand the importance of pollinators and their habitat and I can promise you this wont happen again. Oyster Shell is a challenging site to maintain, and the guys cutting just kept going when asked to cut that area,” he said.

Rilling said Tuesday that better signage is probably needed to explain the value of the plantings. 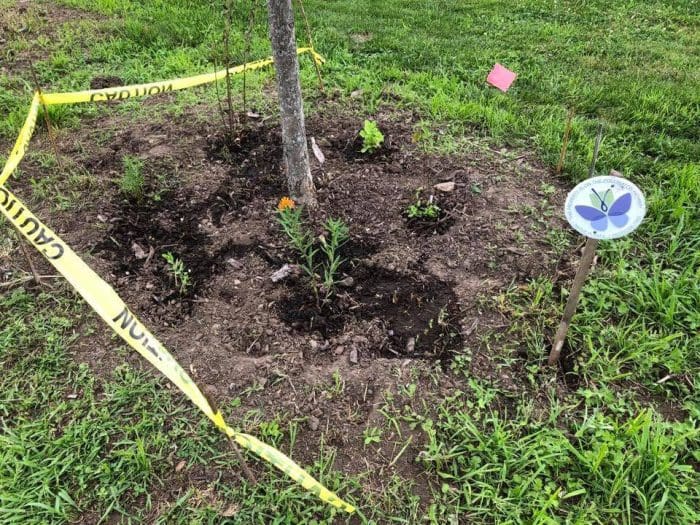 Norwalk Pollinator Pathway last week asked visitors to Oyster Shell Park to water new plantings in the Sandy Hook Memorial and the stubs of milkweed that are still standing there.

“It should grow back and have time to bloom again,” Norwalk Pollinator Pathway wrote. “We saw monarchs through late September last year. I am just hoping there were eggs on the leaves of those plants that went down. It is so upsetting that this happened! But it gives us a chance to spread the word more widely by talking about it here. I am happy so many people care! They also cut all the milkweed from in front of the Aquarium two weeks ago. So we have to talk to them, too.”

Calf Pasture Beach made more user-friendly with installation of RecPath 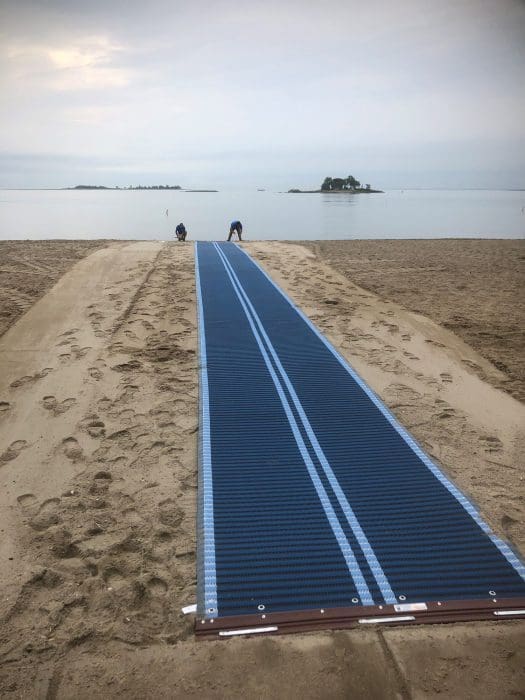 A new “RecPath” was installed Monday at Calf Pasture Beach, “creating an accessible pathway from the existing walkway across the sand toward the waterline. The mat provides greater access to the sand and water for those with physical disabilities, those using wheelchairs, walkers, canes, or other assistance devices, or even those with strollers,” a press release from Norwalk Communications Manager Joshua Morgan said.

The mat will be “in use” for the rest of the beach season, slated to end Oct. 15, he said.

“Over the years we have worked hard to improve ADA access at our parks and beaches, and the ‘RecPath’ is the latest means to expand use for more people. We are proud that we are providing this access. We are an inclusive community and want to ensure everyone has the opportunity to experience the great amenities Norwalk has to offer,” Rilling is quoted as saying.

“The mat is 5 feet wide and 82 feet long,” Morgan explained. “There are also two different 10-feet by 10-feet sections – one near the water and another halfway onto the beach – for public use. The mat is portable and will be put away during inclement weather. Beach staff will be responsible for routine maintenance, such as clearing sand from the pathway, to ensure it remains safe to use. The mat, which cost $7,800, also contains white stripes to assist people with visual impairments. The City of Norwalk ADA Transition Committee unanimously approved the funding request at its May 29, 2019 meeting.”

“I appreciate the Committee’s support for the ‘RecPath’ as we aim to make our beach more user-friendly and accessible to the public,” Director of Recreation and Parks Nick Roberts is quoted as saying. “So far, the mat is receiving positive reviews, and we will explore the possibility of obtaining another mat for use at special events and other locations around the City.”

“This is so Impressive of Norwalk to do!” a woman wrote. “My younger sister lived in Brooklyn. She worked so hard there to get curbs off sidewalks & improve life for the Disabled Community. She fought bravely against Parkinson’s Disease for 20 years & recently passed away at the young age of 61. She would have been so impressed with Norwalk, & I am too!”

The financial website WalletHub has bestowed another honor upon Norwalk, naming it as one of 2019’s best “ocean-side” beach towns to live in.

Norwalk is 106 on the list, just after Westerly, Rhode Island. Westport is 44 and Milford is 96.

“WalletHub compared 192 cities across 62 key indicators of livability,” the website states. “… Our data set ranges from housing costs to share of for-sale waterfront homes to quality of beach water…. Our sample includes all cities with populations between 10,000 and 150,000 and at least one beach listed on TripAdvisor.”