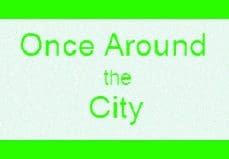 NORWALK, Conn. – Some Norwalk announcements for you:

The “U600” designation refers to a ratings system used to represent the playing strength of chess players.

“Redmond competed against the 12 players in his division and won 4 – 0.  His USCF rating jumped from 590 to 707 because of these victories,” the release said. 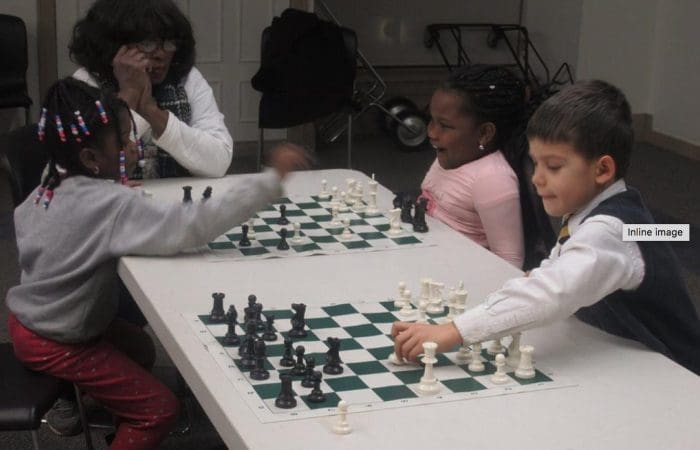 Children participate in the the weekly program at the SoNo Branch Library. (Contributed)

“This is one of my favorite SoNo Branch Library programs,” Harris said. “I love strategy and I love that the game aids with focus, builds thinking and problem-solving skills, and illustrates the consequences of actions.  It is also said to exercise both sides of the brain.””

The SoNo DIG chess club meets weekly, from 3:30 to 5 p.m. Thursdays in the Friends of the Norwalk Public Library Community Room on the top floor of the SoNo Branch Library, located at 10 Washington St.

‘Night of the Hunter!’

Norwalk Community College is showing “Night of the Hunter!” at 6:30 p.m. Thursday as part of its free film series, a press release said.

“The film is an eerie nightmare come to life, like nothing you have ever seen. It’s the first and only film directed by master-actor Charles Laughton (Quasimodo, Captain Bligh, Dr. Moreau) and is a dark, moody, atmospheric mixture of Grant Wood’s rural America, Grimm’s fairy tales, and Alfred Hitchcock’s Psycho. It’s a poetic, allegorical tale of the eternal struggle between good and evil (the words iconically tatooed on ‘preacher’ Robert Mitchum’s knuckles) that will stay with you forever.

“Shamefully ignored when first released, this unique film is today considered to be one of the finest, most unusual films ever made – one that stubbornly continues to defy categorization. Set in the Great Depression, it follows the sinister trail of an evil, womanizing Pentecostal ‘preacher’ (and ex-convict!), who is unrelenting in his pursuit of a cache of stolen money and the orphaned children who know where it is.  Leonard Maltin gives it three-and-a-half stars. This masterful, truly essential film also features Shelly Winters and Lillian Gish.”

“Pursue your interest in marine animals and share your knowledge and enthusiasm with others by becoming a member of the volunteer staff at The Maritime Aquarium at Norwalk,” a Wednesday press release from Maritime Aquarium spokesperson David Sigworth said.

“Interviews for potential volunteers – with details provided about a training course in March – will be held on Wed., Feb. 13 and Thurs., Feb. 21, on both days at 5 p.m.  You need attend only one.

“’Volunteering here is fun and personally rewarding, and it’s also vital to fulfilling The Maritime Aquarium’s mission of educating and inspiring guests about Long Island Sound,’ said Lisa Slinsky, assistant director of Volunteers and Community Service. ‘If you’re retired, the Aquarium offers a great way to stay active and connected. A weekday-morning shift could be perfect for stay-at-home parents after they get their kids off to school. And serving as a weekend volunteer is a great experience for high-school students thinking about a career in marine biology.’

“Prior knowledge about marine animals isn’t necessary to be a Maritime Aquarium volunteer. That’s what will be taught in a four-week training course, which will meet at 7 p.m. on Tuesdays and Thursdays from March 5 to March 28.

“After completing the course, volunteers serve as gallery ambassadors, helping Aquarium guests to learn more about the represented animals of Long Island Sound, from crabs and jellies to seals and sharks. Adults are especially needed for weekday time slots.

“The minimum time commitment required from volunteers is 100 hours, at four hours per week for weekday volunteers and four hours per month for weekend staff. Letters of recommendation and other service-award forms will be signed by Aquarium staff at the completion of 100 hours of service.

“A $40 fee helps to defray the costs of training materials and uniforms. Volunteers receive discounts in the Gift Shop, Cascade Café and on many programs.

“Advance registration is required for the interview sessions and volunteer training course.

“Following a highly competitive round of grant applications, the Norwalk River Valley Trail (NRVT) has been awarded $300,000 to construct the Redding Mile,” a press release said. “Construction of this section of the 5-town trail will be the first section in Redding.  The grant, awarded from the Recreational Trails Grant program and administered by the CT Department of Energy and Environmental Protection (CT DEEP), marks the third grant awarded to the NRVT.”

“‘It’s very exciting to see the Norwalk River Valley Trail coming to Redding’ stated First Selectwoman Julia Pemberton, ‘I applaud the hard work of the trail’s steering committee and our Redding residents.’ A shovel-ready trail design, community support, and successful fundraising, supported a high ranking of the application, which led to the award.

“To date, Norwalk and Wilton have been the only two towns who have successfully built this trail.  The section called ‘WilWalk,’ which spans the two towns’ boundaries, likewise received an RTG grant.  This section is designed and preparing to seek permits, with the expectation to build a portion in 2019.  A separate grant source will provide partial funding for Norwalk to build ‘The Missing Link,’ also envisioned for 2019. The City of Norwalk has already approved funding to pay for what the grant does not cover.

“President of the NRVT Patricia Sesto stated, ‘With the exception of WilWalk, all trail construction has been funded through private donations, and in the case of Norwalk, municipal funding. Even the grant for WilWalk has a 20% match that is now partially raised through private donors.  We are very grateful.’

“Stuart Green, NRVT town-leader for Redding, added, ‘Based on the reactions in Wilton and Norwalk, the Mile will be a great addition to our town.  Once this section is built, I know our community will be thrilled and eager for more.’

“Sections already built in Wilton and Norwalk have been touted as leading community assets, with a trail census in Wilton documenting up to six thousand users a month.

“The Redding Mile, located in the rolling woodlands between Pickett’s Ridge Road and Fire Hill Road, will be constructed in 2019.  Ridgefield is hopeful to share in similar success and build an adjoining 1.5-mile section to the south in 2020.

“The overall plan for the Norwalk River Valley Trail is to construct a thirty-mile trail, connecting Rogers Park in Danbury to Calf Pasture Beach in Norwalk, passing through Redding, Ridgefield, and Wilton.  To date, approximately eight miles have been completed in Norwalk and Wilton

“Tax deductible donations to close the gap for the Redding Mile or WilWalk can be made through the trail’s website, NRVT-Trail.com. Questions can be directed to Executive Director, Charlie Taney at [email protected]”

Way to go Redmond. Proud of you…

Redmond your Fla relatives are so happy with your win in chess. Love,Aunt Bonnie