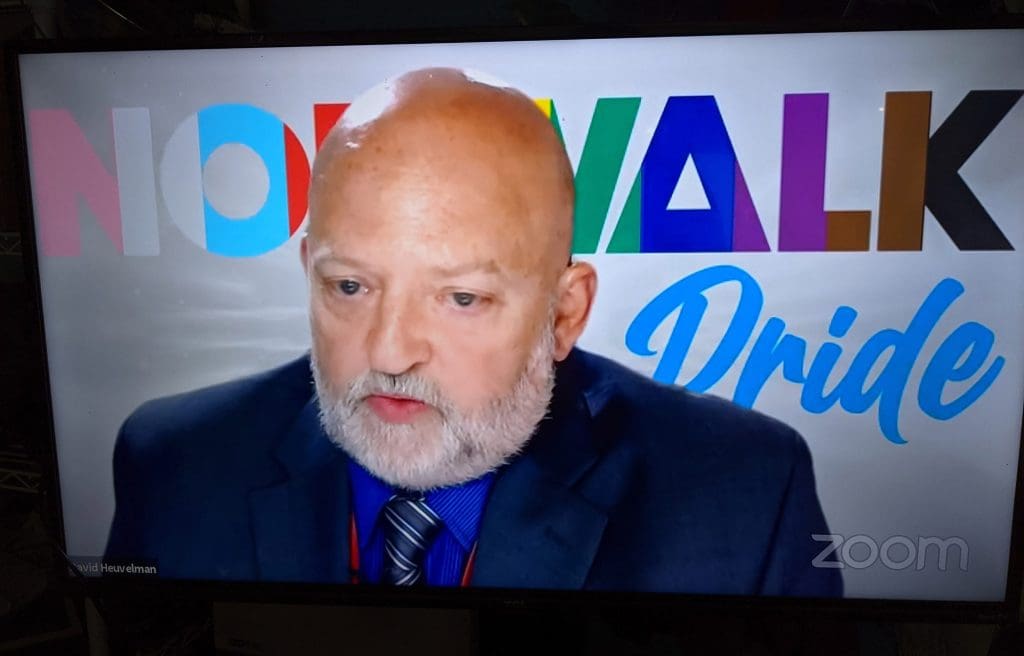 “I am saddened by the events of last week where our city hired two police officers who subsequently resigned because of incidents which came to light after the officers were named,” Common Council member David Heuvelman (D-District A) said at Tuesday’s Council meeting, delivering a statement that mentioned comments made by Norwalk Police Lt. David O’Connor, police union president, and published that day in NancyOnNorwalk.

On Friday, Norwalk probationary Police Officers Mario Pericep and Chealsey Ortiz resigned one day after being sworn in. Community members had objected to their backgrounds ; Pericep’s partner shot and killed a 15-year-old Bridgeport resident in 2017 and Ortiz had just been named in an excessive force lawsuit.

Heuvelman said it troubled him “greatly” that the pair had been hired.

“Mistakes were made,” Heuvelman said. “Now I am heartened by the fact that we have leaders willing to own those mistakes, willing to come forward and state that but we need more. Teetering on the one-year anniversary of the murder of George Floyd we should be better at this.  I am troubled that any incident concerning an officer-involved shooting would not set off alarm bells by an investigator anywhere in our world, let alone Norwalk, Connecticut. We must do better.”

O’Connor had said crime is going up and Norwalk Police officers will be less likely to engage in the type of discretionary activity that got Pericep and his partner into the situation with the Bridgeport teen, Jayson Negron, who is said to have been driving a stolen car and traveling the wrong way on a one-way street.

“I too am troubled by the rise of crime in the streets of our nation,” Heuvelman said. “But I am more troubled that one of the excuses being used for this is that we are asking for accountability from our police, and they are now afraid to do their job.  This is a troubling paradigm that is being set in motion and is deflecting the conversation away from the changes that we need to make.”

Phrases like “defund the police” and “back the blue” are “are only serving to divide us further,” Heuvelman said, arguing that needed change “starts with us listening to each other, and it needs to start now.”

“I’m glad that our Mayor and our Chief took action, and were willing to listen and begin a journey to strengthen the hiring process for our police department,” Heuvelman said. “But this is only the beginning. I hope that we can use this example and move our city forward and thus become stronger for it.”

Council President Nick Sacchinelli (D-At Large) thanked Huevelman and said, “I agree, we all we all need to work to make Norwalk a better place.”

The Council on Tuesday approved a $10,600 expense for the design of a roundabout on Gregory Boulevard at Fifth Street and Marvin Street, without comment.

In February, TMP (Transportation, Mobility and Parking) Principal Engineer Mike Yeosock told the Traffic Authority that signs had been changed at the intersection because Customer Service had gotten complaints of near misses and driver confusion. Mayor Harry Rilling said citizens were complaining about the new signs. The Authority voted to remove the new yield signs and do some research.

Last week, Yeosock told the Council Planning Committee that the City wants to “take a look at a more permanent solution” for the intersection as it’s “kind of unfriendly to bikers and pedestrians and doesn’t operate as a true roundabout.”

Any design would come back to the Council and the Traffic Authority, Norwalk Chief of Economic and Community Development Jessica Vonashek said.

Yeosock predicted that concepts would be ready in two or three months.

Five neighborhood groups banded together last summer to fight the Connecticut Department of Transportation’s plan to use to Manresa to build the lift spans for the new Walk Bridge. 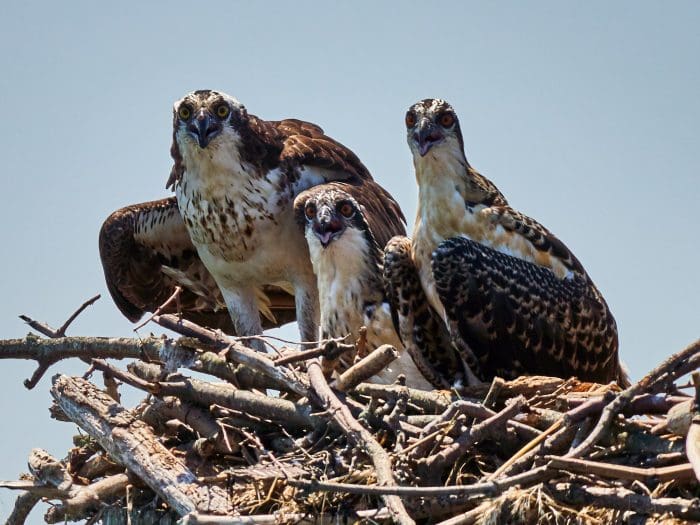 Representatives from Shore Front Park, Harbor View, Harbor Shores, Wilson Point and Village Creek had decried the noise the project will produce, as well as its impact on wildlife and the increased traffic they said they expected.

The lift spans will be assembled on construction barges off Manresa, Project Manager Christian Brown of HNTB Corporation said.

ConnDOT Director of Communications Kevin Nursick confirmed that Manresa will be used.

“Yes, the Department is still intending to utilize Manresa Island as a staging location to facilitate construction of the new Walk Bridge,” he said last week. “Pending the receipt of various environmental permitting and regulatory approvals, construction activities could tentatively begin later this year.”

The only mistake was bowing down to pressure from people who didn’t like the facts! The facts were known! Time to vote out this group of politicians!

Heuvelman’s comments are typical biased mumbo jumbo. So…we want a clean slate for guys who steal cars…BUT, not for police officers who’ve been cleared of any wrong doing..People who live in hypothetical worlds seem to have all the answers. Except of course when dealing with reality.
Policing in Norwalk is difficult. Policing in Bridgeport is close to impossible. These two potential officers have been screwed by the self-righteous who wouldn’t have the stomach for a shift in Bridgeport.

The “near miss” I had was when the city reverted the change with no notification. A large sign (i.e. the large electronic sign) should have been used to notify drivers both times. That’s such a high volume intersection! Making a change like that and then suddenly changing it back like hat –come on, a recipe for near misses and driver confusion. Do it better next time!

Quintard will be one way. 150 trucks per day. There will be a new Flynn Toll booth at 27 Quintard