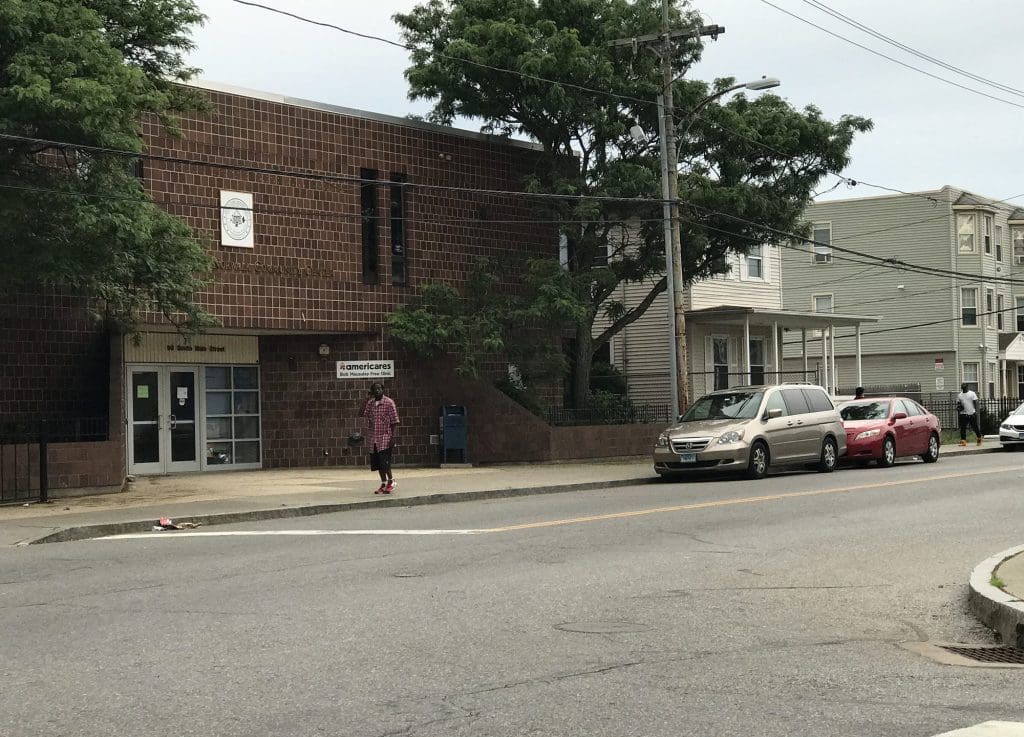 NORWALK, Conn. — Norwalk is poised to buy half of the building at 98 South Main St., now owned by the South Norwalk Community Center, with money paid to the city by GGP.

Norwalk would pay $300,000 for SoNoCC’s building half, with $200,000 budgeted for building repairs. This $500,000 would come out of the $3.5 million paid by GGP this year in exchange for the city allowing it to eliminate the hotel that had been planned to be built as part of The SoNo Collection. This purchase is on the agenda for Tuesday’s Common Council meeting.

The deal includes a new organizational structure for the South Norwalk Community Center to “make it more welcoming to the entire Norwalk community a and more effective at providing necessary community activities and social services to the Norwalk community,” a letter written Wednesday by Corporation Counsel Mario Coppola to the Council Finance Committee states.

The building at 98 South Main was constructed with $1 million of grants obtained by the city between 1981 and 1987, with ownership of the property being transferred to Norwalk Economic Opportunity Now (NEON) and SoNoCC in August 1987.

The proposed purchase stems from the NEON bankruptcy, settled a year ago, with Norwalk gaining ownership of NEON’s half of the building. The court originally wanted $300,000 for the building but Norwalk paid $25,000 just to cover outstanding bills, Mayor Harry Rilling said at an October mayoral election debate. Coppola in his letter states that the bankruptcy court did not decide the fate of the building but rather a settlement was reached with the bankruptcy trustee.

Coppola in his letter explains valuations issues for the property:

“The bankruptcy trustee submitted a valuation letter from a real estate broker which claimed that the value of the Property was $2,100,000. Therefore, the bankruptcy trustee initially claimed that NEON’s interest in the property was worth $1,050,000. The Norwalk Tax Assessor valued the Prope1iy for $2,357,220 on the most recent grand list … Back on June 16, 2015, the City had an appraisal done by a certified commercial appraiser, Vimini Associates, which valued the Property for $665,000.00 …. Please note that this appraisal is almost three (3) years old and we believe that the value of similar commercial buildings in Norwalk during the past three years has significantly increased.”

“After years of refusing to consider selling its interest in the Property to the City, SNCC finally agreed a few months ago to do so,” Coppola wrote.

SoNoCC Board members met in February to authorize the deal, according to a document in the packet.

The South Norwalk Community Center will be able to maintain a 700-square foot office on the premises in a five-year lease “at the rental rate charged by the City to other non-profit organizations that rent space at a City property, along with an option for an additional five (5) year term at the same rate,” Coppola wrote.

In 2015, rent at the Ben Franklin Center was described as $2.50 a square foot for a nonprofit.

The documents in the Finance Committee packet also described structural changes for the Center’s organization, explaining that an 11-member Board will be appointed and “classified” as follows:

Staggered terms are planned, with terms eventually working out to be three years in duration, with a maximum six years of service.

“It is the cardinal principal of the Corporation that it shall be conducted in the interests of the whole community without regard to race, color, religion, sex or sexual orientation, and that to the greatest possible extent, all interests, classes and creeds shall be represented on the Board of Directors, the new bylaws state.

South Norwalk Community Center Board Chairman Warren Peña, who signed the bylaws, said Monday that his term is up in November, “so I do not plan on being on the board after my term is up. I expect to help with the transition. There are no immediate plans to do anything with the funds.  My priority is to ensure the Center is properly situated for a smooth transition to the new board.”

“We have all concluded since the demise of NEON that this Property cannot be effectively operated to benefit to community while being jointly owned by two separate organizations,” Coppola wrote. “Furthermore, the Property has not been properly maintained for many years. Therefore, there is a significant amount of deferred maintenance and future capital improvements which must be immediately addressed. So in addition to three hundred thousand dollars ($300,000) for the acquisition of a one half interest in the Property, the City is also proposing to Board of Estimate and Taxation to approve an additional two hundred thousand dollars ($200,000) for future capital improvements for the Property.”

One year ago, in approving the $3.5 million payment from GGP, Council members agreed that the money should be spent in South Norwalk, Michael Corsello (D-At Large) said at the time.

“I also think that it’s appropriate that once the money goes into the general fund that we have discussions with the representatives from South Norwalk and constituent groups to determine some programs that we may wish to implement,” Rilling said. “Certainly, that money could be earmarked once we have those discussions.”

Faye Bowman (D-District B) fought for language indicating that the $3.5 million would go to South Norwalk.

Bowman did not reply to a Sunday email asking for her opinion of the SoNoCC deal.

“{I}t was discussed by the Council that the City intended for as much of those funds as possible to be used towards projects that will directly benefit the South Norwalk Community,” Coppola wrote Wednesday. “Certainly, the funds from this request will be used to purchase and improve a building in the heart of South Norwalk that will be a place where the City intends for there to be additional programming and services which will benefit the South Norwalk community.”

Assistant to the Mayor Laoise King, in a Sunday evening email, wrote, “There are no specific plans for the remainder of the GGP funds other than that it will be used for the benefit of South Norwalk.”