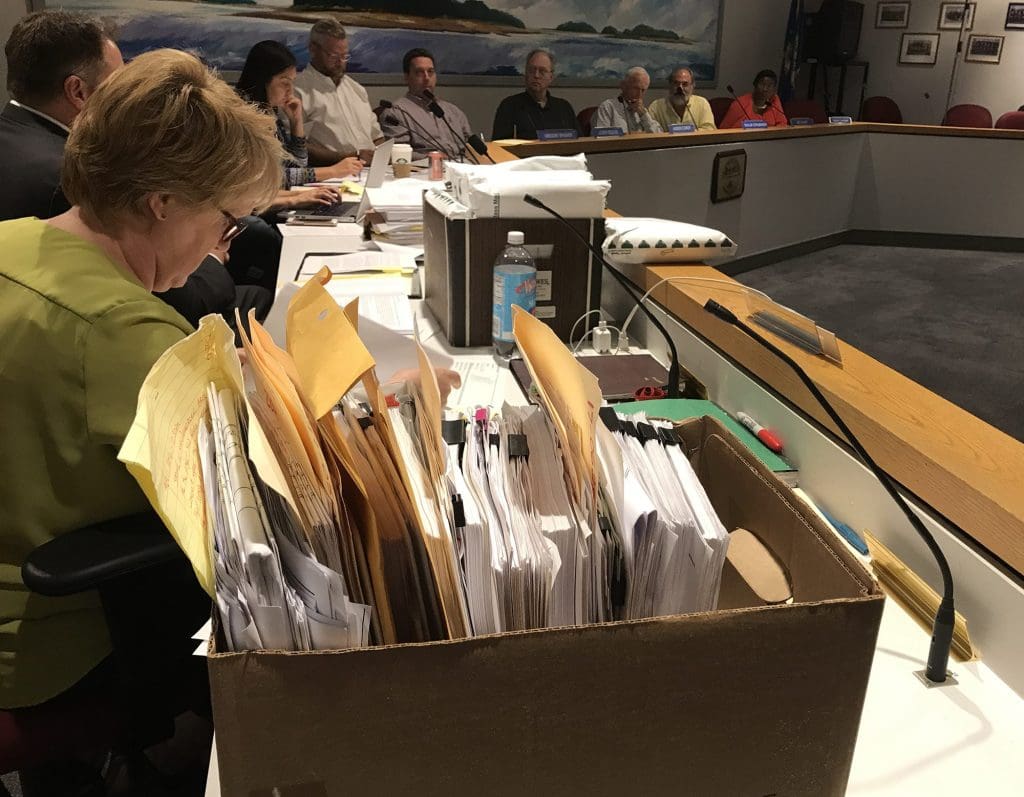 The Norwalk Zoning Board of Appeals in July 2017 discusses an application from Firetree LTD for a special exception to allow it to open a federal prisoner halfway house on Quintard Avenue. 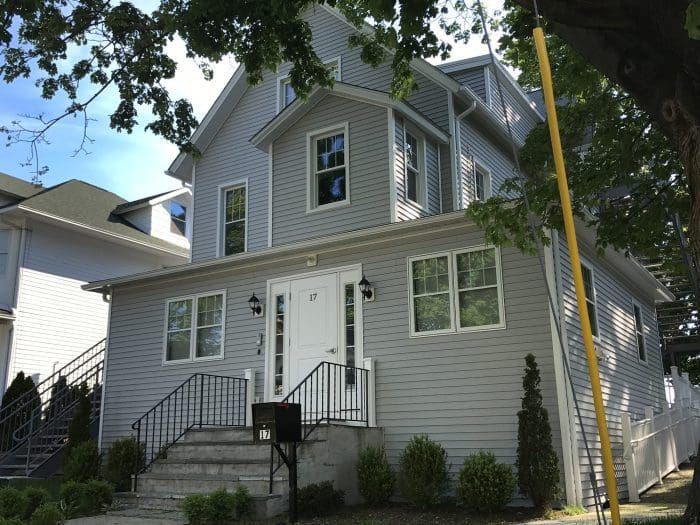 Updated to include the City’s legal expenses.

NORWALK, Conn. – A settlement has been agreed to in the lawsuit filed by Firetree LTD against the City of Norwalk.

The settlement “upholds the actions of City employees and ensures that a prison re-entry center can never be operated” at 17 Quintard Ave., a press release said. Firetree has accepted about $625,000, of which the City paid $275,000, “significantly less” than what would have been spent going to trial, it continues. The City’s insurance carrier, CIRMA, paid about $350,000.

“Judge Michael Shea approved the settlement at a hearing in Federal District Court on Monday,” the release said.

It appears that Firetree will be able to operate a sober house in the facility. The City’s legal expenses in the lawsuit were about  $725,000, Norwalk Communications Manager Joshua Morgan said. CIRMA did not cover this because the insurance plan “provides that the City has a self-insured retention for the first $1 million for fees/costs associated with any legal action, including the cost of defense,” he explained. “The $1 million self-insured retention works as the City’s deductible for any claims.”

Firetree Ltd., a Pennsylvania nonprofit, in June 2015 obtained Zoning approval to renovate the former Pivot House, a faith-based and philanthropic drug and alcohol rehabilitation facility. The company was getting ready to open the renovated building in August 2016 but met fierce opposition from neighbors. Although building inspectors said the building was ready for occupancy, Firetree was denied a certificate of occupancy based on it being a change in use from the pre-existing nonconforming Pivot House. The Zoning Board of Appeals later denied an appeal filed by Firetree.

Firetree paid $429,000 for the property because Norwalk indicated that it would get approval for a Zoning permit, attorneys wrote in the 2017 complaint. The company spent $630,000 to complete renovations. The company claimed in its complaint that it had been retaliated against for a prior lawsuit, that the City’s proceedings were tainted with bias and predetermination and that its First Amendment rights were violated.

Recent voluminous court documents include multiple depositions from City officials. It appears that Firetree was seeking a “smoking gun” for its case, for instance, querying Mayor Harry Rilling multiple times about the letter it sent in 2014 to him, Chief of Police Thomas Kulhawik and then-Council President Doug Hempstead announcing that it had submitted an offer to the Bureau of Prisons to provide a halfway house for federal offenders in the former Pivot House.

Rilling testified that when he got the letter, his reaction was that this is not the right way to file a Zoning application or a notice of one. He forwarded it to P&Z and Corporation Counsel. He had no opinion about the letter, he told Firetree counsel. He didn’t check on what was done. He passed it along and that was that.

They also asked if he’d gone to the Planning and Zoning office to tell the staff to deny the Firetree application. He said he hadn’t, and Zoning Inspector Aline Rochefort’s testimony did not offer evidence to the contrary.

Tuesday’s press release said, “The case was settled at a point where the parties had concluded pre-trial evidence hearings, but there was still a significant amount of time and money needed to proceed with the case in order to argue various pending motions and state law zoning appeals, as well as to prepare and conduct a jury trial.”

“As a result of the settlement, the City has ensured that a prison re-entry center can never be operated at the subject property. In addition to upholding the City’s zoning decisions, Firetree also provided the City with a deed restriction which confirms that regardless of the City’s regulations, the title to the subject property shall be forever restricted from being ‘used as a correctional center, correctional facility, or for any other correctional purposes, whether operated by a state or federal department or agency, or by a third-party under a contract with a state or federal department or agency.’

“The deed restriction broadly defines ‘correctional center,’ ‘correctional facility’ or ‘correctional purposes’ to ‘mean any use which includes the housing, whether permanent or temporary, for incarcerated individuals under the control, oversight and/or jurisdiction of the state or federal government.’”

This story was corrected at 11:21 p.m. Wednesday to show that the facility is at 17 Quintard Ave.

As states including Connecticut seek to reduce their incarcerated populations for many compelling reasons, I hope that Firetree Ltd. is able to pursue this worthwhile and needed project in one of the neighboring towns. I’m sure that it will be much more warmly received in Westport, Weston, and Wilton. And New Canaan and Darien likely will compete for it.

One would think that for less than $1.35 million the city could have simply purchased the property from Firetree and then resold it at a much smaller loss with a deed restriction that it be used like every other home on the street, as a single or two-family house. Three quarters of a million dollars in legal fees with a result that still leaves Firetree with ownership of the property and confirmation of the decision of the local zoning authorities. The settlement resolves this single meritless housing discrimination suit yet leaves Firetree, a firm accused of massive financial criminal activity in its home state of Pennsylvania, free to operate throughout Norwalk, even on the same property they originally purchased.

All because not one of 12 people in the mayor’s office could be bothered to read the mail. Will there ever be a full reporting of the city’s legal bill over the last 6 years? With the 400 revaluation lawsuits against us it has to be well north of $10 million by now.

@ Bryan Meek, Happy New Year, and since you asked for “a full reporting of the city’s legal bill over the last 6 years,” let’s make sure it includes the cost of legal action against the Board of Education allegedly caused by the words or actions of BoE members including yourself. Am I right? Of course I am.

What is that, up to a half million by now, or more? Perhaps taxpayers can save money now that most of the controversial loose cannon troublemakers have been replaced with dedicated professionals without personal (and costly) axes to grind. We can only guess at what Mike Lyons’ words and actions on the BoE will continue to cost city taxpayers in the latest lawsuit naming him and others. Stay tuned.

The legal bills incurred by the BOE are dwarfed compared to the city’s endless run of incompetence, bookended by the mosque on one side and firetree on the tail end. In between millions fighting to protect the Tyvek temple. The botched reval promises to cost the city tens of millions once the 400 plus cases have been adjudicated sometime in the next decade. The BOEs happen to be transparent, while the city’s are mired in secrecy for some reason. One good thing is the RDF is now up to $70 million to help pay for the damage that has been done.