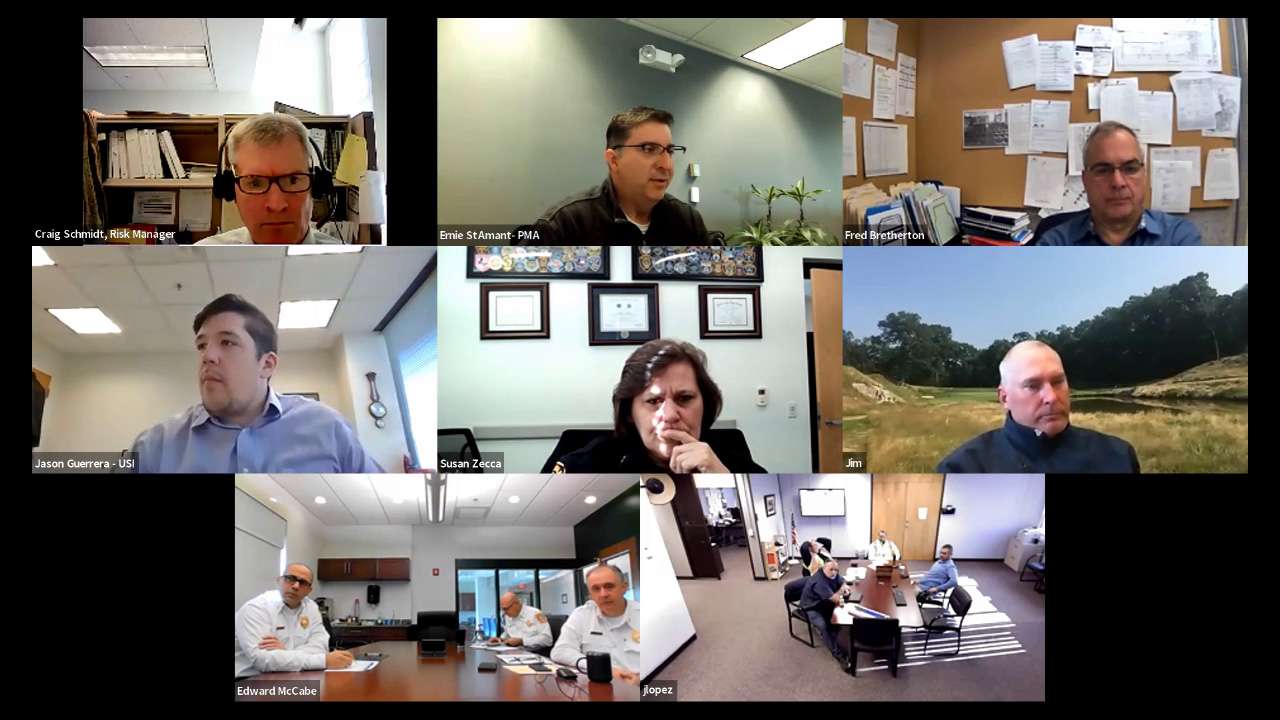 A City meeting held Nov. 17 on Zoom to discuss inspections done by Connecticut OSHA (Occupational Safety and Health Administration) and the citations that would ensue.

NORWALK, Conn. — Norwalk is paying just over $11,000 to settle the fines levied by OSHA (Occupational Safety and Health Administration) after a surprise inspection in October and November.

Targeted in the inspection were the Fire Department, the Police Department and the Department of Operations and Public Works, as well as the Oak Hills Park golf course, a city-owned property, all between Oct. 11 and Nov. 7. Violations in the citation provided to NancyOnNorwalk range from a heater being plugged into a power strip to the absence of a railing on a platform over a boiler, where an employee could fall 10 feet.

Norwalk Director of Communications Michelle Woods Matthews said in December that possible fines totaled about $22,000. On Tuesday, the Common Council unanimously approved an informal settlement agreement with the Connecticut Department of Labor Division of Safety & Health for an amount not to exceed $11,095. This hadn’t been on the agenda and the vote came with no comments.

In December, a statement from the City said, “The OSHA representative indicated that an inspection hasn’t been completed in the City of Norwalk in at least 30 years. The OSHA inspector spent a week on-site, and followed up with an informal meeting with the Mayor and Department heads to discuss his findings prior to issuing the formal Citation.”

“The South Norwalk Electric and Water was inspected in 2021.

“Elements of city gov were 2015 and go back to 1986 with about 40 inspections happening in those years.”

“At the Closing Conference with CONN-OSHA on 11/7/2022, the CONN-OSHA Representative said that they did not have any records of what they call a Programmed Inspection in Norwalk, which is where CONN-OSHA comes out for an unannounced site inspection and will look for a wide range of safety violations.

“That said, based on the City’s understanding, CONN-OSHA has been in Norwalk to inspect in response to complaints from unions or employees.  In those situations, CONN-OSHA will visit a site but with a focus on addressing the immediate issue that led to the complaint (though during those visits, they also have the opportunity to note conditions they find upon those visits).”

Fines are only part of the expense involved.

“Improvements such as a protective handrail at DPW is approximately $15,000, and electrical work is about $5,000, and other potential costs are small in comparison,” Woods Matthews said.

“Turnout gear” is the firefighters’ coat and pants; they’re told to wash their gear after every fire to prevent them being exposed to carcinogens and therefore spares are needed, according to McCabe.

According to the website Firefighter Insider, turnout gear is made of Nomex-Kevlar and costs vary according to size, brand and special modifications.

We need a new building for the DPW. We’ve outgrown our current building! It’s old.

Crazy. The city doesn’t think the issues are a problem for the last ? Years. Another government group comes in and says this is bad and fines the city.
Guess who pays the fines and comes up with the money for the changes. Maybe management could do the city audits and we would be able to save 11l.