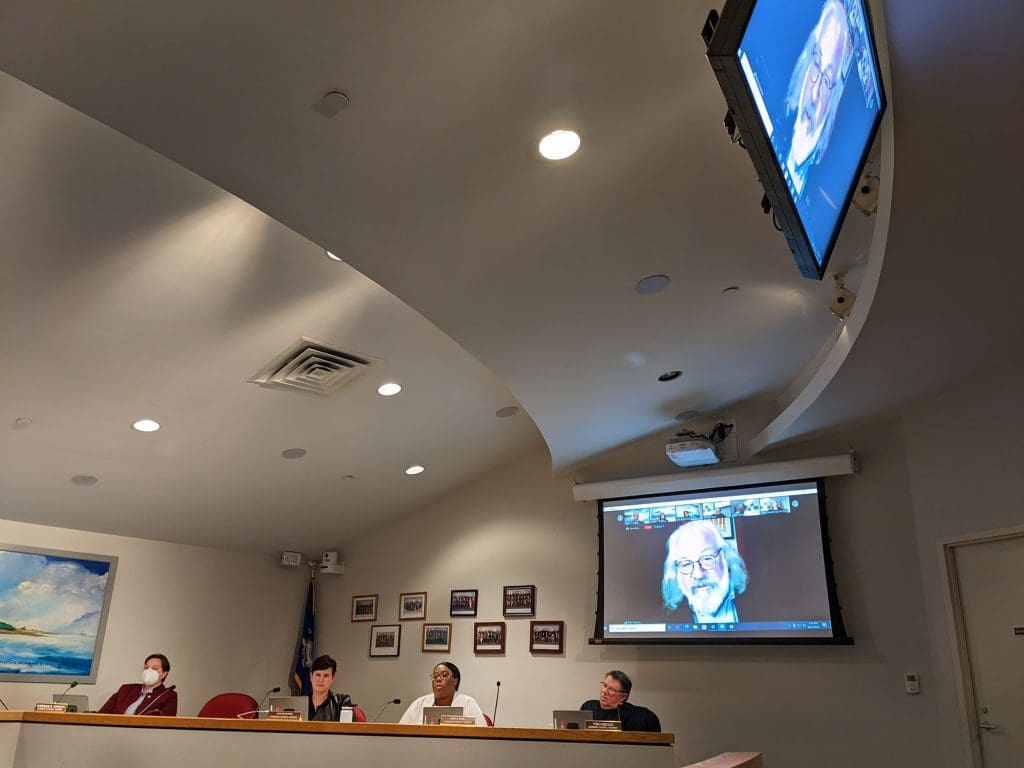 NORWALK, Conn. — Seven Norwalkers have been appointed to a charter revision commission, kicking off a process aimed to bring voters proposed changes in next year’s election.

Patsy Brescia, Rick McQuaid, Carl Dickens, Tyler Fairbairn, Angela Wasunna, Benita Watford and Michael Witherspoon will work with Attorney Steven G. Mednick to give Norwalk’s antiquated charter its first comprehensive revision since being written more than 100 years ago. They’ll begin at 5 p.m. Wednesday with an informational meeting, held in person and via Zoom.

“The residents of Norwalk deserve to have a modernized charter that is easy to understand and gives them a better sense of how their government works,” Council President Tom Livingston (D-District E) said in a statement. “The Common Council carefully selected an impressive group of commission members from across the City, who have diverse backgrounds and a broad range of experiences to strengthen this process. I have every confidence in the members we selected, and I encourage the community to share their input during the entirety of this public process. The Charter revision process is a unique opportunity to make sure Norwalk has a charter that reflects the public’s ideas, is easy to navigate and enhances good governance.”

“Not more than one-third of these appointees hold any other public office in the City of Norwalk, and not more than a bare majority of appointees are members of one political party,” a resolution passed by the Common Council on Sept. 6 states.

Norwalk’s singularly backward charter hasn’t had a comprehensive revision since it was written in 1913. Evergreen Solutions, in developing its efficiency study presented in March, took note. There’s a “desperate need” for a Charter Revision Commission because the charter is “all over the place,” consultant Betty Ressel said.

A charter is a blueprint, a document to establish accountability for government officers and administrative functions, Mednick said. In April, the Council awarded him a $100,000 three-year contract to guide the charter revision process.

The Commission has been given eight months to revise the Charter and present a recommendation to the Council for approval. It will continue to hold biweekly hybrid meetings on Wednesdays, a news release said. Its first public hearing meeting is planned for 5 p.m. Oct. 5.

“We plan to take an objective review of the Charter to try to make it clearer for everyone to comprehend,” Brescia is quoted as saying. “By listening to the public’s input, our goal is to reorganize the document to give residents a better sense of how their government works and enhance transparency and accountability.”

This is an encouraging development it would be good if they would post the old charter since so few of us get a newspaper anymore, this could allow more public input. Perhaps this will also help in developing a master plan for Norwalk so we have a clear idea of the direction of the city which many of us have concerns about the priorities of our development and our future.

Sounds like a perfect opportunity for us to implement some of Lisa’s proposed reforms!

Let’s have a charter with RCV, multi-member districts (instead of winner-take-all districts), and a nice big mail-in voting period for elections scheduled on EVEN years to coincide with generals and maximize turnout.

David Muccigrosso…not my business anymore, but I can tell you, moving elections to even years is a bad idea. The municipal election is drowned out by the national or state and no one actually pays any attention to the issues that likely affect them most. Fort Lauderdale did this shortly after I moved via a referendum in August in which 2% of voters came out. Municipal offices are now a lock and no opponents can get a word in….

@David, do you really think that’s worse than the problem we currently have, where interest groups run everything because there’s zero turnout? I prefer even years.

Ligit question. Can you outline the benefits of mail in voting? It seems to me that this issue has much to do with the lose of integrity with our voting system by possibly a majority of Americans.

I hear the mainstream media and progressives often touting how beneficial mail in voting is, but they never explain why its beneficial. Who benefits? Why its superior to single day voting? What the safeguards are for chain of custody? etc. etc.

@Michael: Simple. The entire state of Oregon has been managing with quite liberal (small-l) mail-in voting for decades now, with zero major problems, and higher turnout than the national average.

You’re asking a lot of questions about details, but I challenge you: Why do those details matter for the overall issue? Why can’t we trust our elected officials to get them right? And if we can’t trust those officials, then how in the world do you propose to hold them accountable *without* making it easier for voters to turn them out?

How about term limits? It is time. #termlimits

@Nora, term limits are a terrible idea. They put a turbo motor on the revolving door, and create a class of lobbyists and thugs who hold the REAL power.

If you’re upset about either party holding power for decades on end… term limits aren’t going to fix that, they’re just going to give you a fresh rotation of new faces to hate. Those new faces won’t even NOT be part of the same old political machine you hate, either!

You need to undermine the actual power of the parties, with things like RCV and open primaries. Giving these two evil parties REAL competition is the ONLY thing that will fix their evil behaviors. Again, if you’re upset that parties hold power for decades on end, then I totally agree with that sentiment, and it’s why we need more than just these two evil parties.

Term limits is a bad idea that politicians keep repeating because it’s easy to trick voters into thinking it’s a good idea, and it sounds like it’s going to solve all their problems when it absolutely WON’T.

Everyone’s input is well and good but my understanding is that the charter is being revised by a committee not beholden to voters. Their interests, their experience, their politics, and their preferences supercede the Opinions of the Norwalk taxpayer. Do we accept that? Maybe I’m naive when I think of gov of,for,and by the people. Or is this method expedient and only withstands community apathy?

Why do the details matter? Interesting question.

The key issue dividing American today stems from lack of voter integrity in the 2020 election with its genesis in the 2016 election. Voter integrity, or lack thereof, is the headwaters of the divide with pretty much everything else, strife wise, being downstream of that.

Here is a concrete solution which has a well proven track record. Go back to one day voting complete with voter ID of citizenship, all on paper ballots. Simple, clean, maximum chain of custody of the ballots, limit ability to claim fraud. That would start the healing.

France, a country of over 70 million does this in one day, all paper ballots, voter ID required, and they know who won by 8-10 PM local time on election day. They just did it a month ago.

We don’t need to make it easier for a very few to vote at the expense of the integrity for an entire system. I think you would agree – what is there to fear from fair elections?

@Michael – France also does that with a lavishly funded election system that has a much higher ratio of precincts to population. Long lines and systemic precinct shutdowns are virtually unheard of there.

If you’re writing a federal bill which will deliver those things, then I’ll happily cosign it. But the party which is most concerned about “voter integrity” doesn’t seem to see such a bill to be in its advantage. I wonder why?

Why was Lisa Brinton not selected for this committee? She is the member of the public who has long pointed out how badly outdated our charter is. So much for any claims of “impartiality.” I guess none of us are surprised.