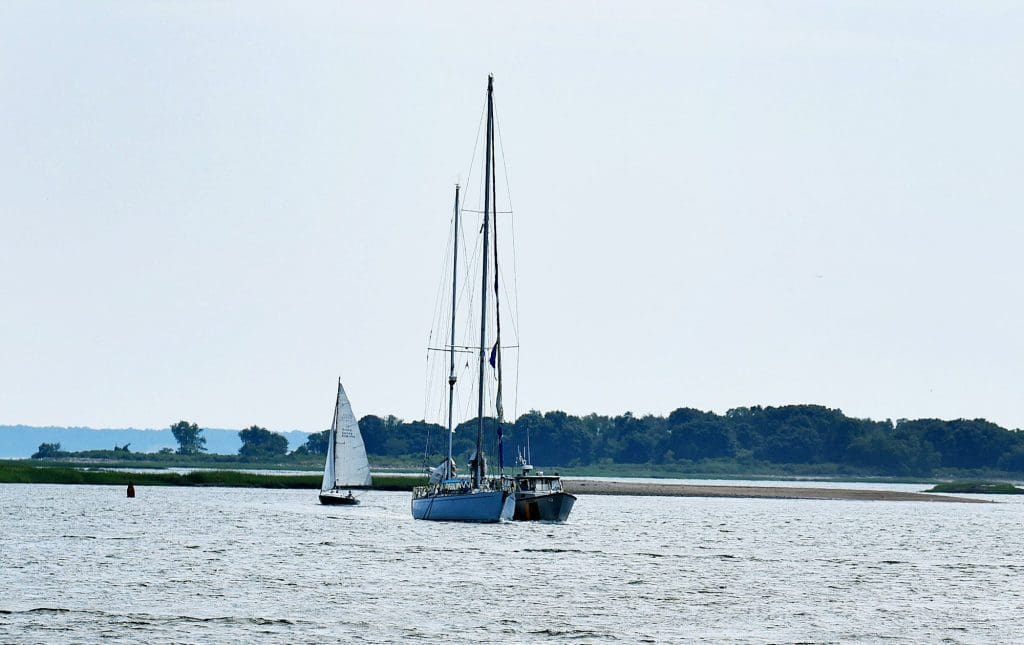 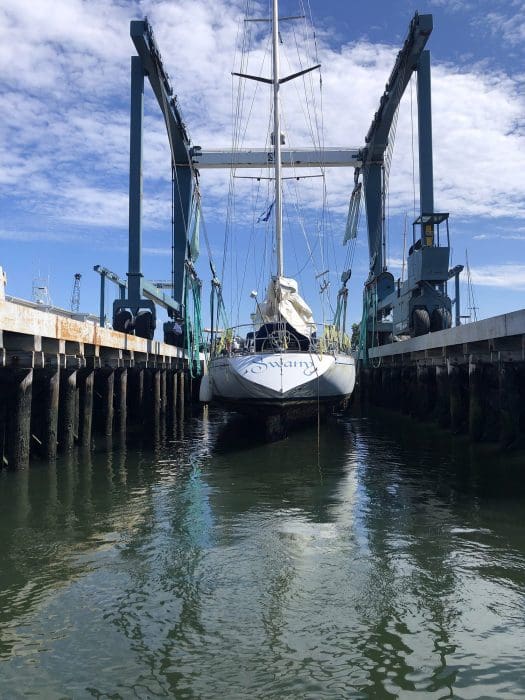 The paperwork from the State arrived at 1:45 p.m. and Norwalk Police immediately set out to tow in Swany, Officer Mike Silva said. It reached Norwalk Cove Marine at around 3 p.m. The marine police have been anxious to get the boat off its mooring off Sheffield Island, and the approaching  storm increased the urgency to do so.

In May, just ahead of Memorial Day, Police moved Swany, formerly owned by James Harding, to the temporary mooring. Harding had brought it to the visitor’s dock without permission, then didn’t heed requests from Norwalk Harbor Master Gregg Scully and the Norwalk Marine Police to find another home for it, officials said. He was warned it would be classified as an abandoned vessel under State statutes.

At the time, Harding asked why Norwalk was “stealing” his half-million-dollar yacht and said he was seeking legal help. He hasn’t responded to NancyOnNorwalk inquires since then and did not answer a Monday phone call. 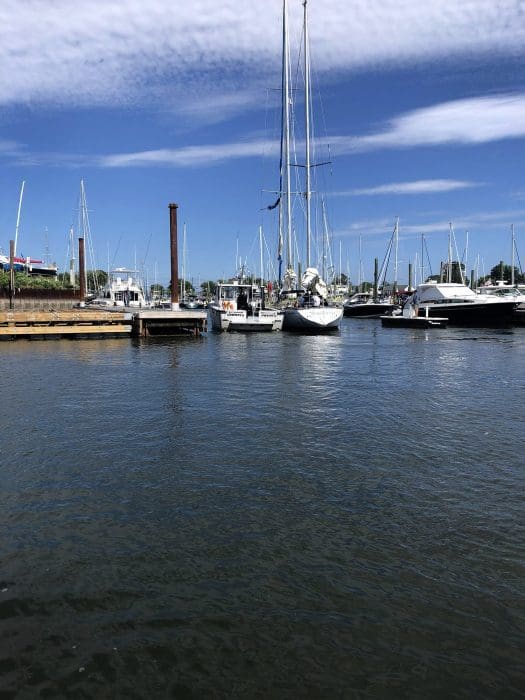 He has said he used legal settlement money to buy Swany in Bermuda, 14 years ago. He and his wife got married in Newport after sailing Swany across the Atlantic.

“It is my belief that he either does not have the funds or is unwilling to spend the funds to properly take care of his boat’s storage needs,” Deputy Corporation Counsel Jeffry Spahr said in July.

On Monday, with Hurricane Isaias making landfall in North Carolina and expected to move north as a tropical storm, the Connecticut Department of Energy and Environmental Protection (DEEP) issued the Notice of Assumed Ownership needed by Norwalk to bring Swany in. 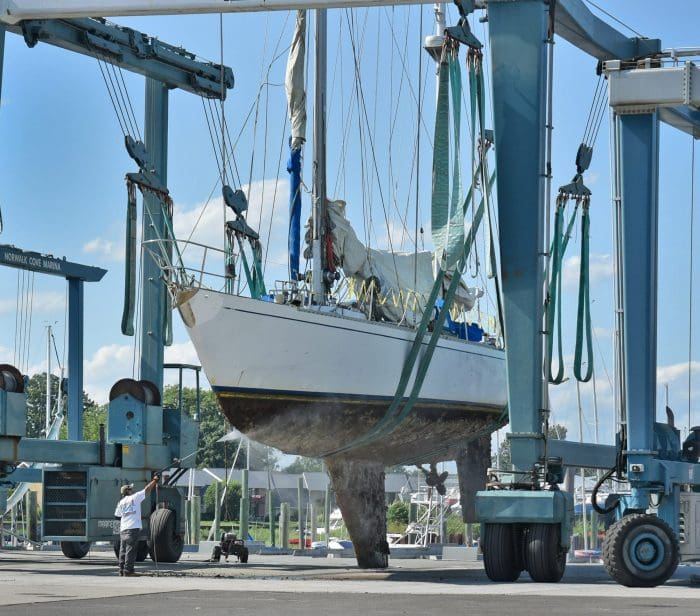 Swany gets washed down immediately after being taken out of Norwalk Harbor. (Harold F. Cobin)

Yard workers used a travel lift to lift the nearly 70-ton boat out of the water. They then began hosing down the hull and using scrapers to remove marine growth from the hull.

Sgt. Pete Lapak said it was the most difficult boat-handling operation he had ever encountered. Swany’s keel, which descends almost 15 feet deep, kept digging into the seabed as he was maneuvering the sailboat within the tight spaces of the marina.

Harding has denied allegations that Swany is too deep for Norwalk Harbor.

Spahr said transferring ownership of the boat to the city required going through three levels of approval at DEEP. “They were being very, very careful about the whole thing,” Spahr said, because there was concern the boat might have federal registration. In that case, he said, the City would have had to go through the U.S. Coast Guard to attain ownership. Spahr said it appeared the boat may at one time been federally registered, but it no longer had any valid registration.

Spahr said he was not certain when the boat would be auctioned off, but he said he notified the city’s purchasing agent, Sharon Conners, “to get things prepared.” 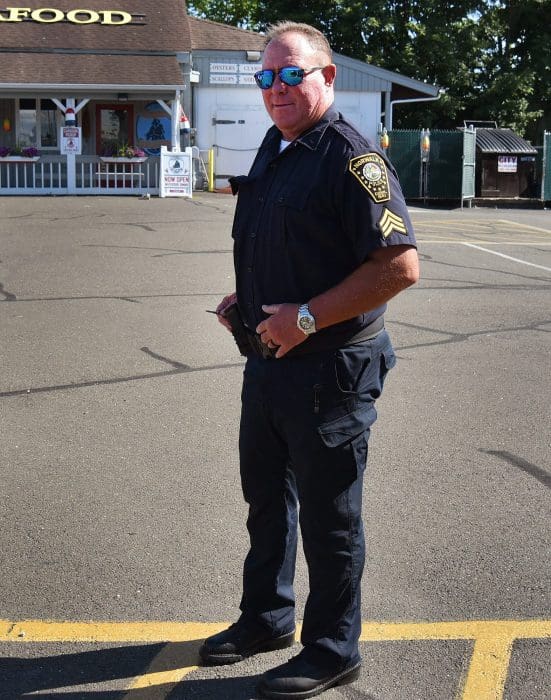 Spahr said the city would auction the boat in its current condition. He said the city has been contacted by several parties interested in bidding on it after learning about the boat through press accounts.

“Personally, I’d like to see it used by an educational institution,” Spahr said, suggesting some organization in Groton or Mystic might have the resources and docking space for it.

Hats off to Captain Spahr for yet another successful high profile legal victory on behalf of the City of Norwalk.

A lot of work for the City caused by someone who just decides to park his boat where he chooses. Not sure why it took so long but happy to see it finally moved.

Thanks Ed P. Use your real name

Being a former Norwalk Seascout why not consider using the boat for introducing and educating our youth on the importance of our relationship with water.