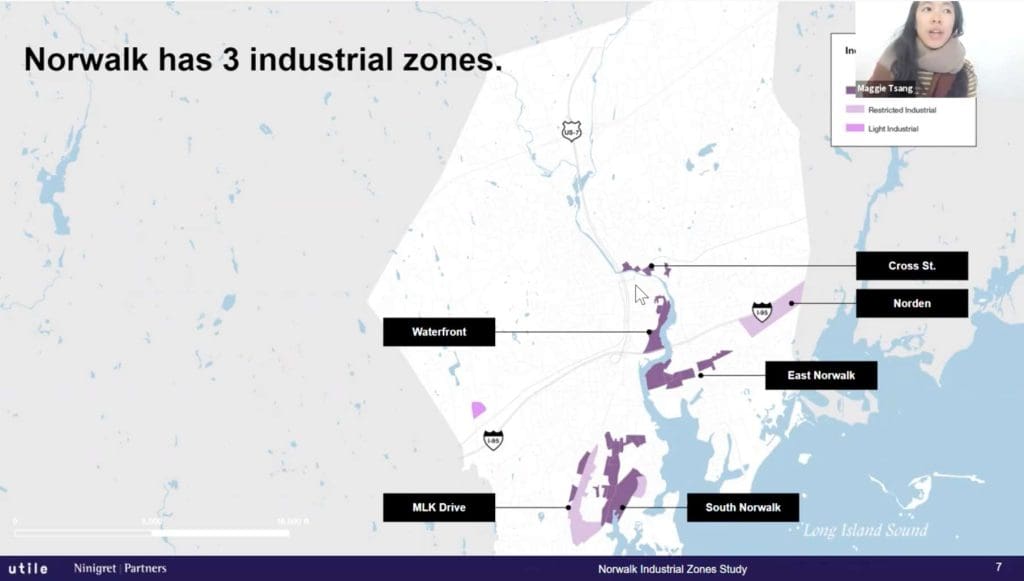 NORWALK, Conn. — What does industry look like in the 21st century? Where should industrial zones be located in the city? How can residents “co-exist” with industrial uses?

These are some questions that the City of Norwalk was hoping to answer with its industrial zones study. At 6:30 p.m. Thursday, April 29, members of the public will have the opportunity to view and weigh in on the preliminary study findings.

Earlier this year, before the preliminary recommendations were presented, the city put out a survey that received 434 responses from residents, business owners, and other constituents. The findings, according to the city’s Norwalk Tomorrow planning site, were mixed.

About one-third of respondents had a “pro-industry” stance and supported industrial growth for job creation, but were sensitive to the location of industrial uses particularly related to their proximity to residential areas. But another approximately two-thirds of the respondents were “anti-industry” and wanted to see industry in other areas of Fairfield County.

Both groups had common themes of wanting industry to “respect the needs of its residential neighbors.” They both noted that “traffic and infrastructure are serious issues in many of the zones.” Both groups said that they believe there were clear distinctions between what is “heavy industry” vs. “light industry.” The waterfront was also noted as an important asset by both groups as something that should be “considered separately from the other industrial zones.”

The Industrial Zones Oversight Committee aims to gather public input into the recommendations before moving ahead with any plans. Some of the questions that have already come up through the survey and other meetings include:

Besides reaching out to industrial businesses in the city, the group is also hosting a few public meetings to gather insights and input. The meeting on April 29 is the first opportunity for the public to weigh in and offer their feedback.

To participate in the meeting, visit https://tomorrow.norwalkct.org/event/industrial-zones-study-public-meeting/

To learn more about industrial zones in the city and the study itself, visit https://tomorrow.norwalkct.org/plan/industrial-zones/

Next up a moratorium on apartments. But too many special interests. Punish industry instead.