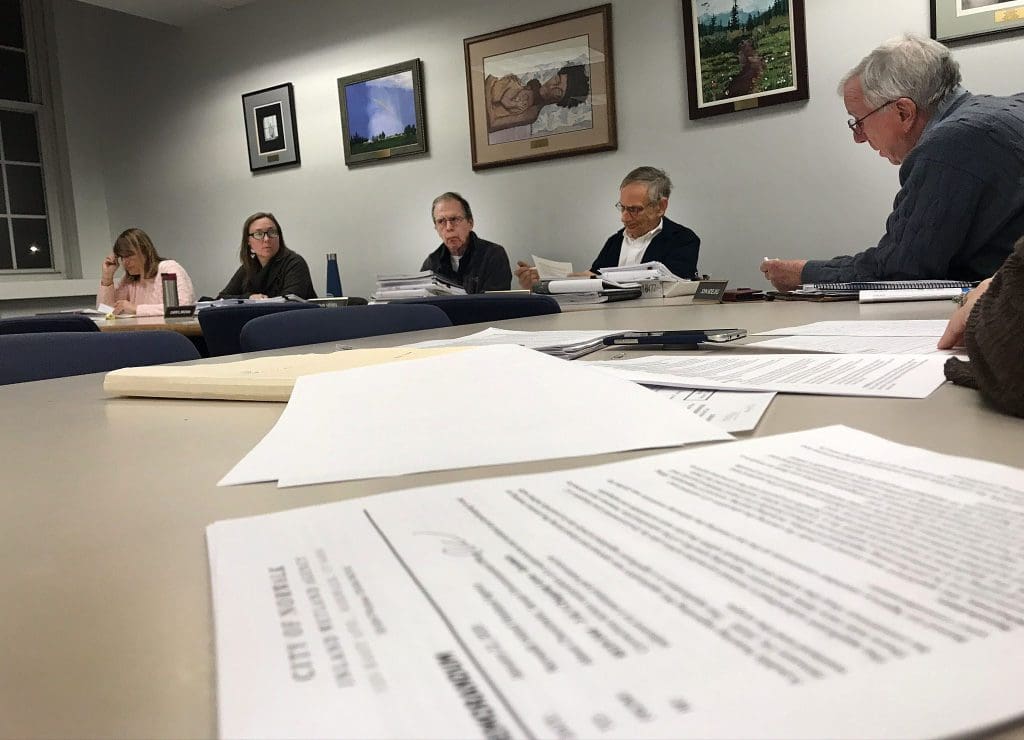 NORWALK, Conn. — Norwalk Conservation Commissioners rebuffed a Westport developer Tuesday, saying no to a request for vehicle access to a conservation-dedicated pedestrian path in Norwalk.

The Commission tabled a second item related to Summit Saugatuck’s dream of building a housing complex just over the town line, in Westport. This confused some onlookers but Matthew Mandell, an opponent of the developer’s plan, said it’s all over with.

Summit Saugatuck LLC developer Felix Charney is suing the town of Westport over its latest of seven rejections by the Westport Planning and Zoning Commission. Charney was seeking to alter a conservation easement to allow emergency vehicle access to the apartment complex Summit is trying to build near the Westport train station, in Old Saugatuck.

The easement was granted in connection to the approval given to the East Norwalk Avalon, on Norden Place.

The Commission had held a two-part public hearing, with former Norwalk Mayor Bill Collins making a dramatic appearance in the first installment, alleging that Westport has turned down Summit because it’s against affordable housing.

Commissioners seemed confused after the end of part II and asked for legal guidance from the City. On Tuesday, they seemed confident they could refuse to amend the conservation easement.

They said they didn’t agree with “the intervenor,” a group of citizens who hired an attorney to help them fight Summit. But they denied the amendment request.

“I don’t see any benefit (to Norwalk) and the conservation easement is there to protect that space,” Commissioner Cheryl Brown said. 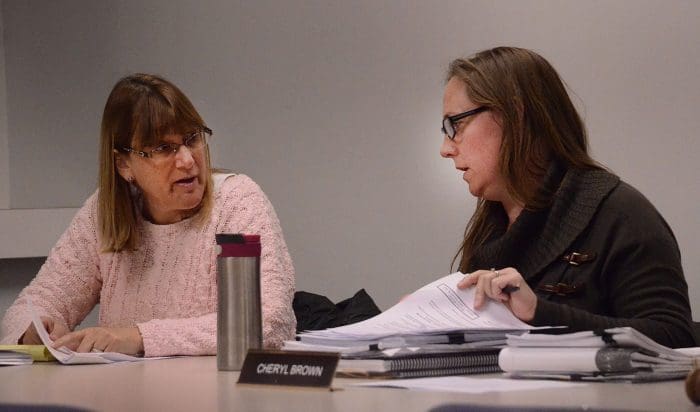 Destefanis commented that she’d felt “a lot of conflict about this because there was a lot of testimony to listen to, a lot of grandstanding by the politicians (that) I don’t think you need to listen to, but the public, you know, provided some input that I think we should carefully consider.”

She said, “I find that I agree with Mayor Collins who said we’re being a pawn in this, you know, really played. But honestly that conservation easement was there for a reason. And if it’s just ‘give’ and no getting anything back in return, some sort of benefit to the city of Norwalk, I don’t see a reason to vote for the change in the access agreement.”

The unanimous vote to turn down that request was followed by more confusion, as there was still Summit’s request for “grading and widening of existing gravel accessway adjacent to a wetland and watercourse.”

In other words, altering the path created by the conservation easement.

Norwalk Senior Environmental Engineer Alexis Cherichetti said that given the denial of the easement request she would have to think about it.

Mandell, a Westport Representative Town Meeting member, was a leader in the “intervenor” move to block Summit. He called the second application “moot.”

“It doesn’t matter. The ultimate issue that we’re looking for was the denial to the modification of the conservation easement,” Mandell said, asserting that the Commission had two routes to rebuff Summit and it didn’t matter which it chose.

“We’re pleased with the decision,” he said.

Attorney Tim Hollister, representing Summit, said nothing during the brief Commission deliberation on the issue and left as soon as the matter was resolved, making him unavailable for comment.

Mandell said that if Summit wanted to build 25 housing units with 20 percent affordable housing, Westport would agree. It’s not the affordable component that Westport objects to, it’s the density, he said.

Well, this is what happens when a commission, in this case Norwalk’s Conservation Commission, shows an utter lack of ethnic and income diversity, or maybe just plain narrow mindedness. No one should expect likely affluent and white commissioners to “see any benefit” to the construction of affordable housing in a NEIGHBORING town, in this case, Westport. Instead, one might reasonably expect an announcement like: “If you mention ‘affordable housing’, I’m leaving!”, as one commissioner did at the public comments portion of the Commission’s January 14 meeting.

The issues that these commissioners seem blind to are manifold, and include: 1) “affordable housing” — not in Norwak, where affordable and multi-family housing is abundant, but in Norwalk’s neighboring towns, where it is largely forbidden, intentionally, by local zoning rules and actions; 2) Norwalk’s surging public school student population, including principally ELL students who speak little or no english, with the resulting unprecedented school funding stress that Norwalk bears ALONE – with ZERO assistance from our affluent neighboring towns who seem happy to see Norwalk as a dumping ground for affordable housing, lower income residents and immigrants; 3) integration of schools and neighborhoods, and basic fairness and equity for people unlike themselves, in the five wealthy towns that border Norwalk . . .

Reality:
1) application of Connecticut’s state law Section 8-30G by for-profit developers, for now, likely is the ONLY way that wealthy towns, like Westport, EVER will see affordable housing built within their borders (with the resulting beneficial effect on neighborhood and school integration);
2) the developer’s application for some widening and grading of an existing gravel road, made ONLY to satisfy ‘public safety’ concerns established by Westport’s zoning commission, is nearly entirely benign and immaterial to the actual conservation value of the land in question, and, as Commissioner Klocke stated at the January 14 meeting, “almost certainly will never be used, likely will not be maintained, and will have no effect [on the land], just like the existing [gravel] road”.
3) an amendment of an easement, does not, a priori, harm or reduce the conservation value or the effectiveness or of that easement. Consequently, “changing the easement” . . . “which we worked so hard on” is an absurd reason to reject ANY amendment without considering its actual merits, including the larger issues I raise.

Thank you, Bill Collins, for helping to raise this important issue. It’s time for a much broader community discussion, and some public education. Perhaps our elected leaders might be willing to take this on?

@John Levin – I wholeheartedly agree that our neighbors aren’t doing their fair share to promote workforce housing or to promote diversity and I would love to see more workforce housing in Westport. But at the same time let’s remember that the developer in this case is proposing an 8-30g application because he believes it will maximize his profit/value of the land and is asking Norwalk to give him something for free so that he can maximize his profit/value of his land. I have no problem with people trying to make a profit and maximize the value of their land; but in this case the developer was not offering to give anything to Norwalk in exchange for that. The developer should’ve offered to pay the City some reasonable sum for relinquishing some of its easement rights or offered to give the City some additional conservation land elsewhere.

@John: Please don’t describe our great city as “a dumping ground for affordable housing, lower income residents and immigrants”. It’s disrespectful to our neighbors and ourselves. We should be proud of our diversity – in all of its forms. Our neighbors should want more of what we have. It’s their loss that they want to live in such exclusive enclaves.

Helen Demeris – Thank you. I wholeheartedly agree with your comment – the language I chose is inappropriate and disrespectful. I struggled writing my comment, and clearly I got that part wrong. And I do take enormous pride in the diversity of Norwalk – although our work is not done by any measure.