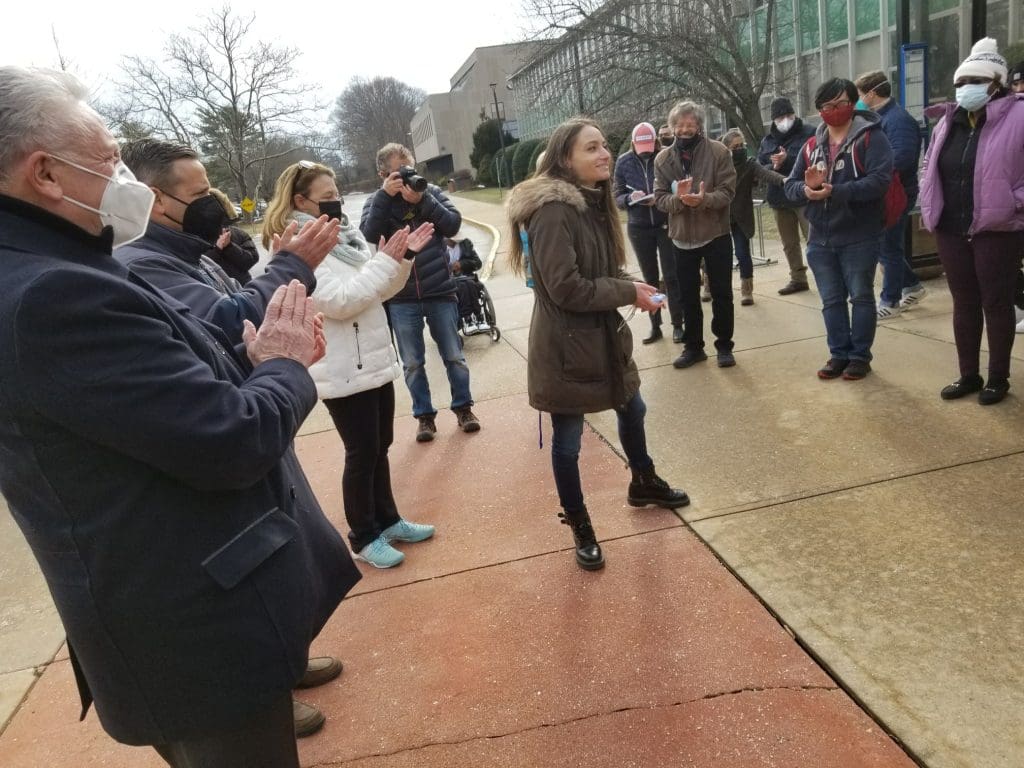 NORWALK, Conn. — Protestors have gotten results: The Norwalk Transit District is meeting with Norwalk Community College students today to address their complaints about the proposed elimination of a shuttle bus.

The plan to permanently drop the shuttle, which has been out of service since the pandemic began, generated more than 300 signatures on a petition, urging NTD to change its mind. On Jan. 29, students gathered to protest, and student body President Lexi Kleinman called public transportation “really just the elementary piece of what we need to get to and from school.”

Afterwards, Kimberlee Morton, Norwalk Transit District CEO, told NancyOnNorwalk that “we are working with the college and the student body” and declined further comment, other than saying the first meeting is Feb. 28.

“CEO Morton will present a new proposal that while eliminating the NCC Shuttle would add additional #11 buses to take the place of those times that the Shuttle had run. So, different buses but the same time schedule,” Robert Emigh, NCC Professor of English as a Second Language/Interdisciplinary Studies, said Saturday. 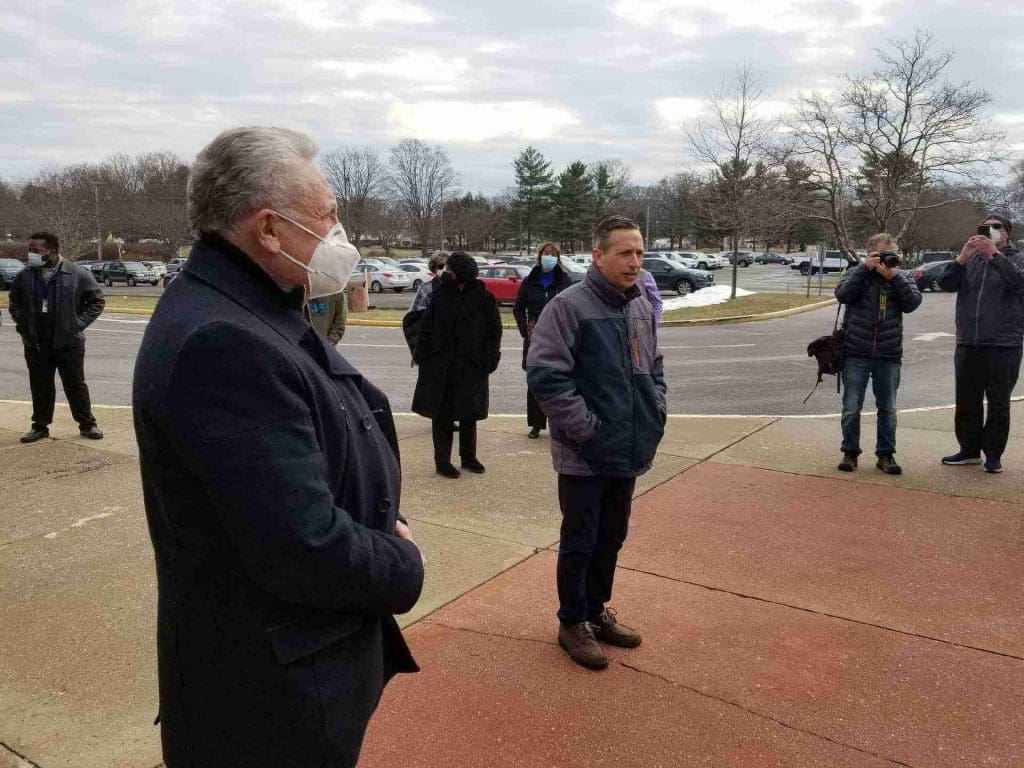 State Senate Majority Leader Bob Duff (D-25) tells Norwalk Community College students that he reached out to the Norwalk Transit District about the plan to cancel the morning shuttle, at a Jan. 29 rally at NCC. “We’ll keep fighting on this,” he said. (Diane Keefe)

Before the protest, Morton said students thought Bus #11 was being eliminated because that’s what they’ve been riding. But it was the shuttle that was being phased out and it was being considered for elimination anyway because of low ridership before the pandemic resulted in it being suspended.

The shuttle was making three trips a day between 7:30 and 8:45 a.m. before it was suspended, Morton said. In 2019, it had a total 5,722 riders for the year according to NTD Manager of Transportation and Planning Paul Chenard, who characterized this as “23 people a day” at a cost of $80,000 a year.

Emigh, in a Feb. 12 email to NancyOnNorwalk, said Morton’s explanations made him very angry. He wrote:

“A question I would like to ask NTD: Given the fact that you have a $8 million annual budget and have received hundreds of thousands of dollars from federal government though the infrastructure bill, why are you so determined to eliminate a service for our students that only costs you $75,000 annually?  The reference to ‘only’ three shuttles is one of CEO Morton’s main talking points.  Two of her other talking points are 1) that the shuttle has already been suspended for nearly two years, and 2) there are many other alternatives buses for students to commute.  I think each of these talking points need some background.  The first talking point (‘only three shuttles’) reminds me of the definition that I have heard for chutzpah; that is, a young man who is on trial for murdering his parents pleads for leniency from the court due to the fact that he is an orphan.

“Previously, under the former NTD CEO Lou Schulman, the NCC Shuttle ran both in the morning and afternoon, the latter helped students to get to their jobs on time and mothers to return home to their young children.  It was the selfsame CEO Morton who eliminated the afternoon shuttles and who now she defends her cuts to the morning shuttles by arguing she is cutting ‘only three.’”

Morton had explained that students could take Bus 13 to get to NCC from the train station, by walking to South Main Street and transferring to another bus at the Burnell Boulevard transit hub.

Students who had taken the shuttle laughed at that, Emigh said. They’d get off one bus, wait for another, then get to the train station and wait again.

“I am not sure many of us have actually had to stand out in the cold or rain for forty minutes before we begin our commute to work or school,” Emigh wrote. “But our students who ride NTD’s public transportation face this possibility every day.   Try to put yourself in their shoes.  There is some place you need to be, you are in a rush, perhaps because your child’s school bus was late today, and you run out of the house—now, stand beside your car for forty minutes.  FORTY minutes!  How many of us would find this acceptable?”

Kleinman said the alternatives are not “ideal nor sufficient, which is why the shuttle was originally instated to better meet the needs of NCC students.”

“While the #11 bus may be enough during Covid, as many students are still taking classes online, cancelling the shuttle is a permanent and unnecessary action that has implications on future students,” Kleinman wrote. “NCC is a public, commuter college, so it is only reasonable that the Norwalk Transit District would be supportive of any effort that would make it easier for our students –present and future– to get to school.”

Kleinman said, “Many students, faculty, staff, and community members came to show their support at the rally which drew the attention of the NTD. We’re looking forward to working with them towards a solution that is in the best interest of the students.”

He wrote, “By keeping the same schedule that the Shuttle had, it would mean students coming to campus from the MetroNorth station would only need to wait a maximum of 20 minutes, instead of a possible 40 minutes as Morton had planned to do with the elimination of the shuttle.”