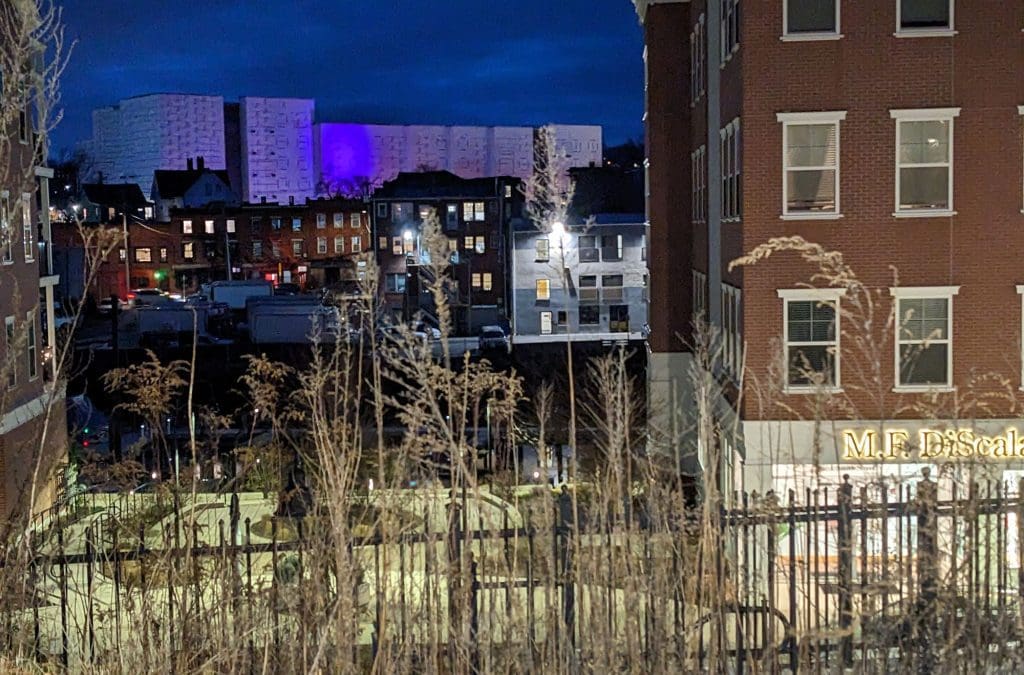 Wall Street Place, as seen Jan. 10 from Mill Hill’s base. In the foreground is Head of the Harbor South.

NORWALK, Conn. — Real estate broker Jason Milligan said he’s not responsible for the glowing colors on the Tyvek-wrapped Wall Street Place, though the lights appear to be coming from property he owns across the street.

Wall Street Place has been stalled since 2016, earning a derogatory nickname, “The Tyvek Temple.” In 2021, the Planning and Zoning Commission approved amended plans for the project located on the corner of Isaacs Street and Wall Street. Originally planned with 101 apartments in a mixed-use development, the new plan aims for 151 apartments with 16,000 square feet of retail and the land formerly occupied by The Garden Cinemas.

An email sent Jan. 12 to JHM Group, hired by Citibank to complete the structure, did not draw a reply. 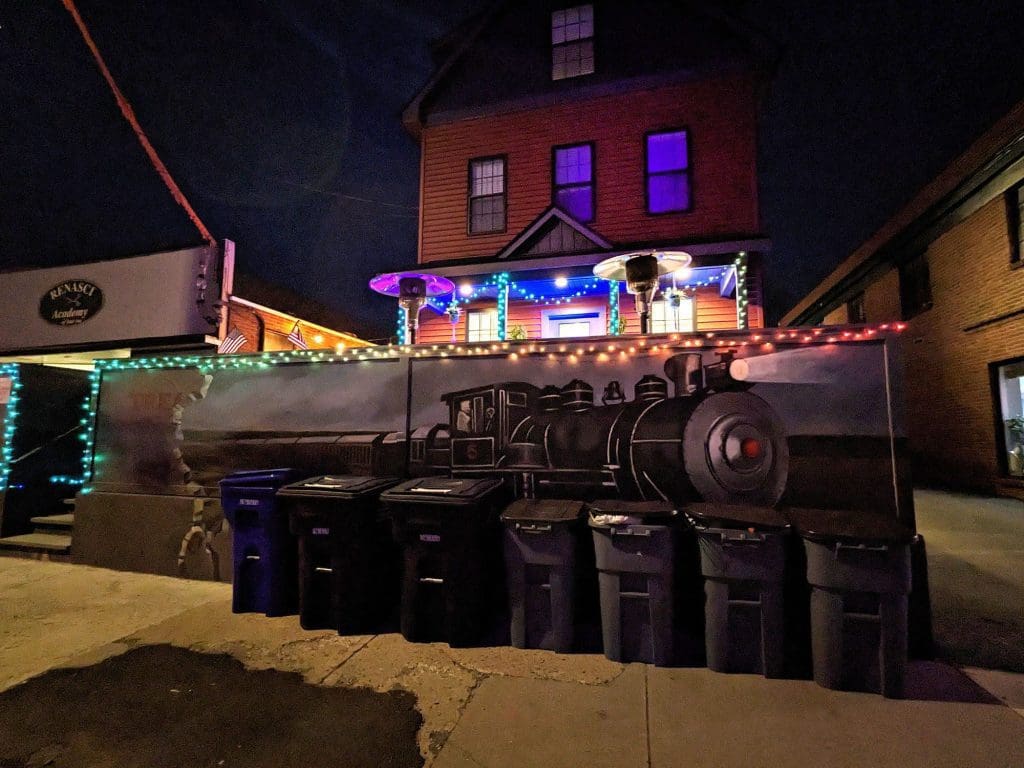 Milligan questions the viability of the project. In court documents filed last week, the embattled area property owner argued, “the factual circumstances surrounding the feasibility of performance under the underlying LDA {Land Disposition Agreement} have changed dramatically since the onset of the COVID-19 Pandemic, and, more specifically, since the Federal Reserve began raising interest rates in June of 2022.”

Milligan, who is being sued by the City and Norwalk Redevelopment Agency over his purchase of properties slated to be part of the second and third phases of Wall Street Place, sought to depose an additional witness in the case, just to determine the “economic feasibility of the underlying construction obligations in the current economic climate.”

The plaintiffs said the deadline for depositions was May 17, 2021 and called Milligan’s attempt a “fishing expedition.” Judge Sheila Ozalis turned Milligan down Tuesday.

A trial is planned for March 27.

Anna Kiriakidis and another person working in Pontos Taverna last week hadn’t noticed the lights until NancyOnNorwalk came in to ask about them. They said the lights are new.

This is brilliant. Whoever is responsible: thank you!

Speaking of Wall Street — Had a Tremendous Dinner at Alma Bistro last Saturday…Tremendous and I hope it’s a success.
One Observation:
Whoever came up with the angled back-in parking in that area should just admit to smoking weed before it was legalized and should be fired.
Whoever his or her boss is should also be fired for being stupid enough to hire that person.

Its pretty. Sure beats a dark, deserted Isaacs street. Maybe they can expand the lights to the entire side of the building – create a light show to music. Its the Arts District after all.

It probably helps Pontos which has been all but destroyed by the abandoned development site over the past 10 years. Surely it helps to attract new college students to the new Norwalk Conservatory of the Arts as well, which is located right around the corner.