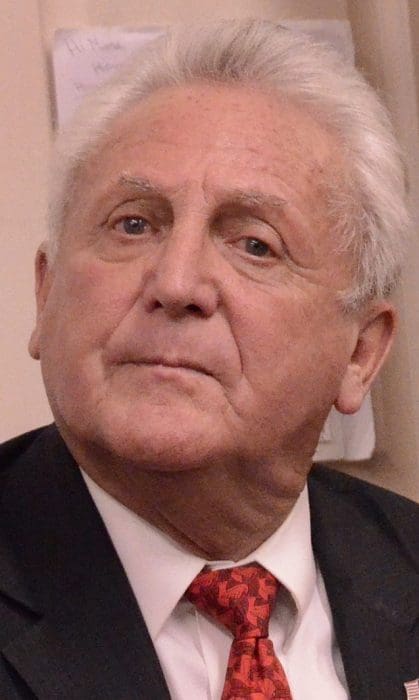 My team will be presenting my revised budget proposal to the Board of Estimate and Taxation (BET) on Monday, April 20. I wanted to take this opportunity to provide the public with some insight into how I came to my recommendation and what it means for taxpayers in the coming year.

My team and I start planning for the next fiscal year’s budget in October and November for presentation to the BET and Common Council in early spring. This allows deliberation, discussion, and ample time to make the hard decisions on what services and programs need to be funded and to eliminate requests which are just nice to have.

Nearly two months ago, based on my recommendation, the Common Council set a budget cap, or spending limit, of $385.6 million, which is an increase of 4.9% over the current year’s budget. The budget provided a $9.9 million increase (5%) to the Board of Education, which is the largest ever for the District. At the same time, the budget funds essential City services.

The Budget was in the final stages of adoption when our Nation was hit by an unprecedented emergency – the arrival of the COVID-19 pandemic. On March 15, Governor Lamont issued Executive Order 7C, which postponed municipal budget cycles for 30 days.

Those additional 30 days have now elapsed, and we must move forward with the budget process. The extra time has allowed me and my team to re-examine our assumptions and the financial scenarios in the budget I recommended two months ago. That revised proposal will be presented Monday night.

I had three major objectives when creating the revised budget proposal.

When we initially prepared the budget, the City’s Grand List, the total value of all taxable property, was not finalized. When it was completed, the Grand List had grown by over $400 million that was not part of the original budget assumption. That provided the City with roughly $8 million in tax revenue that was not anticipated in the original scenario.

With this unexpected revenue, I am recommending we use $3 million in this year’s budget to lower the mill rate and reduce the tax burden on residents and hold $5 million in reserves to offset the impact of COVID-19 in next year’s budget. Due to the coronavirus pandemic, our future assumptions indicate lower tax collection rates and additional lost revenues. The $5 million cushion is just the best guess, however, as no one knows what the real impact will be when the dust settles. That means there is a possibility that we’ll need to make mid-year adjustments or dip into the Fund Balance, aka the Rainy Day Fund.

While I do not know what the future holds, I am recommending we proceed as planned. I believe it does not make sense for us, in the middle of this crisis, to start cutting the budget haphazardly. That means keeping the budget at $385.6 million for Fiscal Year 2021. With an additional $3 million used for tax relief, we were able to reduce the tax increase by almost a full percent from the initial proposal. The average tax bill will increase per month as follows:

Other municipal governments are struggling in this situation, and Norwalk is extremely fortunate. Through strong financial management and planning, we have a healthy Fund Balance which allows us to stay the course while providing flexibility for the future. I am confident that we are prepared to handle whatever comes our way. That means residents will continue to receive the quality and quantity of services they need and deserve. I am confident the BET and Common Council will approve this revised budget in the weeks ahead.

And of course our Mayor is spending this money assuming all of it will be collected.

The commercial real estate market, which has taken the brunt of the bogus valuations pre-virus, is in for major, major upheaval. Property valuations will take decades or may never come back as a majority of our society just learned that distance working can work.

No one could have predicted the virus and the reaction to it, but this commercial real estate bubble created by once botched valuation after another is coming home to roost.

If you think this city takes property tax assessment seriously, one need look no further than the city’s website which hasn’t even been fully updated since the crisis started.

How embarrassing they don’t even care to put up to date information on their web page as they sit home idly collecting full pay from the taxpayers?.

I guess they’ve been too busy the last 6 weeks cooking up more bogus valuations to help pay for the spending that won’t stop.

Will the council ask any questions this time around or green light this fantasy that we’re going to continue collecting 99.5% of forecasted revenue in this economy we’ve shut down? Does the new budget contain money needed for tax collection and foreclosure proceedings the city will need to get its money to pay people to sit home and do nothing?

How will the failure of the SoNo affect Norwalk’s future?
Should the city have rolled the dice on a project that some believe was doomed from the start? The market for bragging rights is pretty thin.Any ideas about how to utilize all that empty space? Stamford does not seem to have a clue about what to do with their failed mall and,as usual, will probably tout the panacea of the moment…more apartments!
Ask yourself. What happens when the apartment market,already saturated,reverses?

Please tell us what the new mill rates will be.
Average increase is not as meaningful.

What an embarassment! Just because we have two mayors who are paid an exhorbitant salary vs their market in the real world does not make them professionals.

A 4.9% increase is ridiculous is this financial envirornment. Mayor Rilling, with all the extra time COVID has provided him and his team–he gives us a sound bite?

In the time of COVID, this isn’t leadership, this is punting, acting like nothing has changed. EVERYTHING HAS CHANGED MAYOR RILLING!

Has the Mayor taken a pay cut? If so how much? If not, why not?

What a joke…I love how now the increase is given as a per month figure. Never done before. Rowayton seeing four times the increase that South Norwalk is? Yea, that isn’t an issue….good luck, folks.

Why don’t you start with the small stuff first, like the fact that you flushed all of the skateboarders out from their skate park into neighborhoods like Washington Street where they make all kinds of racket and weave in and out of traffic with a death wish?

Pretty sure if I showed up outside your house banging on a piece of wood for an hour with a hammer, you’d have me arrested.

I’ve been forced to take a 30% pay cut and must still be in office. Will the city require its employees to do the same? Will Mayor Rillings and his chief of staff be paid in full?

Critical to our Mayor’s proclamation that he is achieving his three primary objectives is how our city is primarily (85%) funded: property taxes. These are predicated on “valuations” – and the application of a mill rate. Both fluctuate.

The last city-wide revaluation was frequently criticized for “unreasonable” commercial property numbers – and the reported 400 lawsuits would probably support that criticism. Add to that inflated valuation / tax basis the tremendous downward market pressure on commercial property – @Brian Meek is correct – and you have a recipe for counting chickens before the LLC can declare bankruptcy. Note I said LLC – figure it out.

Aside from that point – the Mayor seems to be signaling all of those lawsuits have concluded in favor of the city. Can that be confirmed?

I’m also still trying to figure out municipal finance. Objective number one was – “To decrease the burden on taxpayers”. What follow’s is how much per month average (annual = x 12) each district is additionally expected to pay. So in Norwalk municipal finance – “decrease” actually means – “increase” – just less than we wanted to? Are these alternative numbers?

Finally – given the desired to protect taxpayers from unexpected revenue loss or a spike in expenses – you would think the city would address it’s number one cost: employees. The private sector takes salary cuts, furloughs staff, layoff’s – the service sector shrinks in mass, but work for the city and you are protected elite? Perhaps we are generously protecting jobs, or maybe we are protecting other interests.

The Mayor doesn’t seem all too concerned about jobs when it comes to all those restaurant approvals he’s constantly holding up.

I mean, even before the governor’s restaurant order, for some reason, “Il Fornaio” next to Evarito’s was still waiting to open up despite a sign that said “Coming Early 2018!”. And there are a dozen or so other empty storefronts on Washington that could easily have been other businesses.