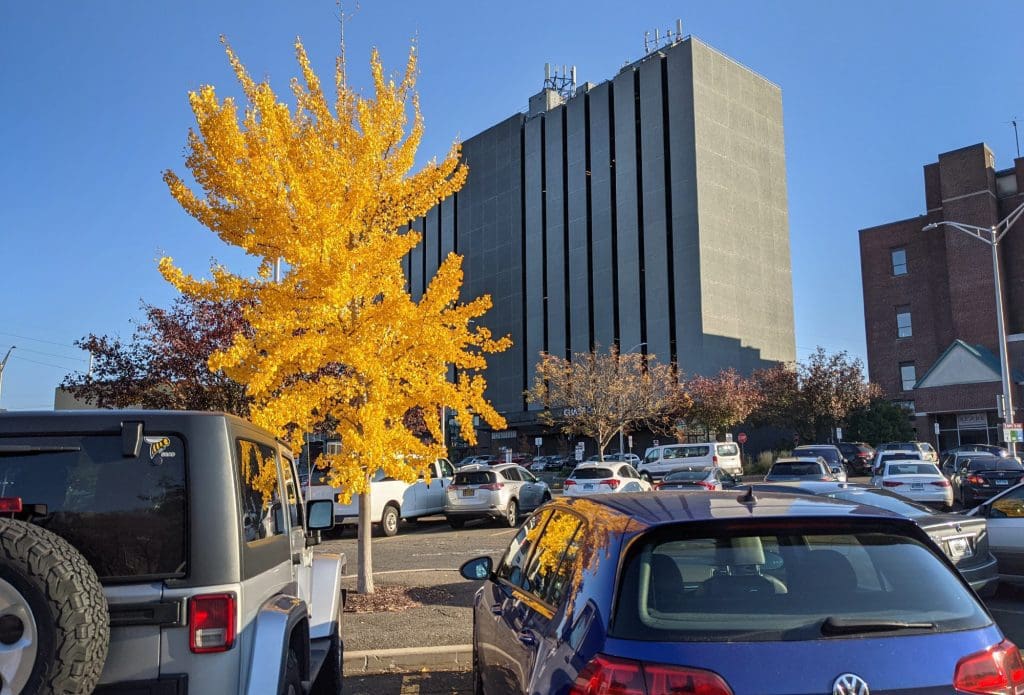 NORWALK, Conn. — Norwalk’s hoped-for Webster Block redevelopment has won support from the State with a $2 million grant to fund remediation of unspecified pollution. The money was awarded by the Department of Economic and Community Development (DECD) as part of their funding for the Brownfield Municipal Grant and the Targeted Brownfield Development Loan programs, a City news release said.

The funding follows a Connecticut Department of Energy and Environmental Protection (DEEP) $200,000 grant awarded in 2014 to fund an environment assessment of Webster Street lot, a five-acre City-owned property.

“The site was occupied by industrial land users in the 19th century and the site’s Environmental Site Assessment reports indicate contaminants in the soil. The site is used for surface parking currently, but due to its prominent location in the City, and proximity to the South Norwalk train station, a surface parking lot is not the highest and best end use.  However, in order for the site to be developed, the soil contaminants need to be cleaned up so that the site is suitable for more intensive economic development uses,” DECD spokesperson Jim Watson said Monday.

Quarterra, a firm selected by the Norwalk Redevelopment Agency, recently presented concept plans for a mixed-use development with about 420 apartments on the Webster Street lot. A road would bisect the block, stretching from the lot’s Washington Street entrance to Martin Luther King Drive, and a pedestrian plaza would begin on Main Street and cross the expanse. A 650-space garage is planned to go behind 50 Washington St., which would be untouched by the project.

The grant is among approximately $24.6 million in state funding released in mid-December to help with the costs associated with assessing and remediating 41 blighted parcels of land in 16 towns and cities across Connecticut for the purposes of putting them back in to productive use, a news release from Gov. Ned Lamont’s office said. The state assistance is expected to leverage approximately $625 million in private funding and will help in the investigation and clean-up of approximately 86 acres of land.

“I want to thank Governor Lamont and the Department of Economic and Community Development for selecting Norwalk for this grant, allowing the City to move forward in cleaning up the Webster Lot and paving the way for this property to be repurposed to help boost our local economy and improve the quality of life for our community,” Mayor Harry Rilling said in a news release. “This grant was also made possible thanks to a vital public-private partnership between the City of Norwalk and the Norwalk Redevelopment Agency and Quarterra and is a first step towards allowing us to transform this property to enhance sustainability, housing and community initiatives.”

The project’s potential “aligns with many of the State’s goals to increase transit-oriented and sustainable development, while leveraging public-private partnerships,” the news release said.

“The original concept of a ‘brownfield site’ generally included only industrial or commercial properties, with no inclusion of residential properties or other types of sites,” EPA’s website states. “However, the 2002 Brownfields Amendments to the Comprehensive Environmental Response, Compensation and Liability Act (CERCLA) expanded the concept of brownfields to allow inclusion of residential properties and other property types. The addition of ‘mine-scarred land,’ sites ‘contaminated by [certain] controlled substance[s]’ (e.g., meth labs) and certain sites ‘contaminated by petroleum or a petroleum product’ added new types of sites that were not included within the scope of previous surveys.”

DEEP Director of Communications Will Healey said DEEP “provided the City of Norwalk a determination in support of the City’s application to USEPA for a Brownfield grant related to the petroleum.”

Watson explained, “As per C.G.S Section 32-760, ‘Brownfield’ means any abandoned or underutilized site where redevelopment, reuse or expansion has not occurred due to the presence or potential presence of pollution in the buildings, soil or groundwater that requires investigation or remediation before or in conjunction with the redevelopment, reuse or expansion of the property.”

A 2014 story in the Hour quoted the grant application as saying the property had once been home to a brass foundry, and automotive, oil, grease, plumbing and tinning operations.

“Cleaning up blighted properties that have been vacant for decades and putting them into productive use will ultimately generate private investment equal to many times these state grants,” Lamont said in a release. “If we remediate these properties now, we can turn an eyesore into an asset, revitalize neighborhoods, and transform otherwise unusable property into new space for businesses and residents.”

420 apartments we can’t afford and that’s the best use of the land!?🥵👎🏽 Zoning is running our city like a communist state😩

With inflation, we should get at least $2 for this parking lot after taxpayers are done paying $ millions for remediating it from its current “blighted” condition where no one uses the area.

Seriously, what did the $200k study in 2014 find? Is the $2 million based on our experience from North Main in the 90s where dozens of abandoned oil tanks were unearthed that no one expected to find there? Is it based on what we had to pay to develop around the train station? Who picks up the tab for remediation required beyond the grant? Actually that’s not serious. We know who.