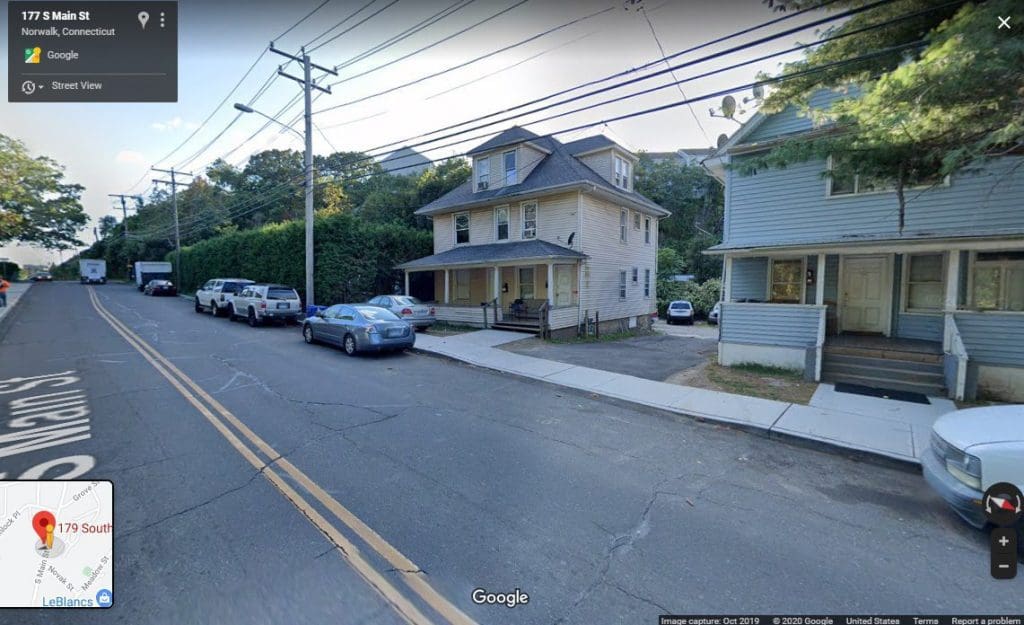 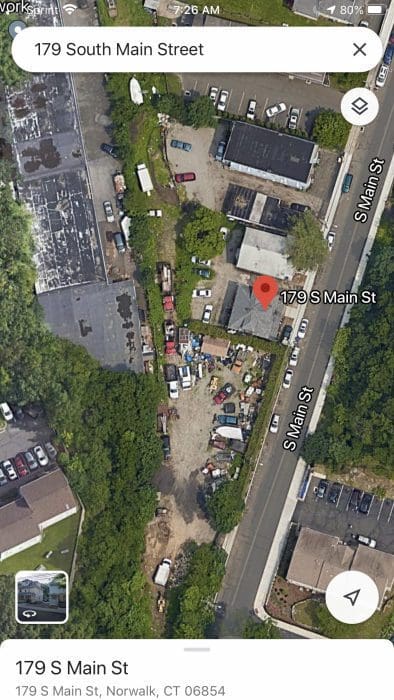 NORWALK, Conn. — From contractor yards to unsightly vehicles, a number of property violations were addressed over the past few weeks by the city’s Zoning Citation process.

One of the properties in question, 66 Taylor Ave., was threatened with a $500 fine last month for “use of a parcel of land within a ‘D-Residential’ zone for a use which is not permitted within the zone (Contractor’s Storage Yard).”

The threat of fine by Gary Oberst, the city’s hearing officer, worked, according to Zoning Inspector John Hayducky, who said that the issues with the site had been resolved.

“The decision you rendered was in two weeks there had to be either complete resolution or substantial … progress,” Hayducky said. “A $500 fine was assessed, but if there was substantial improvements or completion, and then we would contemplate where to go from there.”

Hayducky said photos were taken of the site on Monday, Aug. 31, a few days after the first hearing – and much of the violations had been removed.

“All the large machinery is gone, the dump trucks have been removed, very minor stuff left – a wheelbarrow,” he said.

Because of that, Oberst decided to close the case, but if new violations were found, the case would be reopened.

At the Aug. 26 hearing, Oberst addressed another contractor yard related issue in South Norwalk at 179 South Main St., where the property owner was fined for “storage of commercial equipment and/or contractor’s equipment/materials on a property located within a ‘D-Residential’ zone.”

Darlene Young and Ernie Dumas, Common Council members from District B, testified that the property impacts their neighborhood.

“The residents that are in that area can hear those trucks,” Young said. “That property impacts our community every day, Monday through Friday. So one of the concerns continues to be… when he gets on the phone is that while the lawyer is saying that he knows he’s tried to clean up the property, they’re still concerned with issues that are going on.”

Oberst decided to levy additional fines against the property since the issues regarding trucks and storage of bricks on the property were not resolved. While the attorney for the property owner said that he had purchased the neighboring property as a way to try and resolve the issue, Oberst said that it was still not resolved yet.

Oberst also levied a new fine of $5,000 per month until the violations are fixed.

“I don’t see any reason we can’t cure it. I’m going to start another fine period,” he said. “I think that should be sufficient to get that cleaned up within the month.”

At the September hearing, Oberst decided to give property owners at 5 (aka 7) Ells St. an additional 30 days to clear up violations on the property, which include, “operation of a commercial contractor’s business/storage yard from a property located within a ‘B-Residential’ zone” and “storage of multiple commercial vehicles, over a 1-ton rated capacity, on a property located within a ‘B-Residential’ zone,” before assessing any fines.

Zoning citations are mostly raised by neighboring property owners who file a complaint, which can be done through the city’s website.

I applaud the effort by the city!

While I applaud this stepped-up effort, I would like to suggest again that the City adopt a Proactive approach and divide the City up into quadrants, fan out regularly, tag the violators and selectively let the public know about their progress via the press.

Many/most in the public do not know the Zoning, Health and Fire laws and assume that if a neighbor is doing something, the City must allow it.

Let’s get creative and have a well-publicized series of (online) workshops for the public and neighborhood about zoning, health and fire violations awareness 101

Easy targets out in the open. Yeah great.🙄

How about doing the hard investigation into all of the illegal apartments and homes that could risk lives do to renovations not approved?

Plus, loss in tax revenue from all these houses/apartments who willingly know they are violating the building codes.

Come on, get out in the field and find each and everyone of the illegal housing that’s been plaguing Norwalk for years.

Maybe when more are caught doing this, fined and all taxes recouped, more may start modifying theirs to code quickly before they too are discovered.

Public shaming including fines and taxes recovered. Nothing better to know who’s to blame and if it’s a neighbor who is in effect impacting the value of your home.

Fantastic job! Now if only the Zoning inspectors would pay some attention to the rampant illegal housing situations throughout the City. Taylor Ave. is particularly rife with violations; as evidenced by the too many mailboxes and satellite dishes attached to two and three family homes.

Vote Democrat and more urban blight will come your way!

Much thought and reasoning have gone into Norwalk Zoning Law for the last 150 years.

A lot of it has to do with health and safety.

Check out the 14 or so tooth brushes in 4 coffee cups in both of the bathrooms in this so called
Norwalk single family boarding house.

There have been 10 or more cars parked at this house for over a decade.

There are some small houses in Norwalk that have like 8-10 satellite t.v. dishes on them. How is this allowed?

Thank you Joe!
Many neighbors including myself have called the town many times for years to no avail. There are several cases/reports on file for this home where daily 10-15 cars and trucks are parked in the driveways of this single dwelling home. Yes, driveways as in plural….There was only one driveway originally our area is zoned for one driveway.
Last year I saw a staircase that was being built leading to a window; obviously with the intent to add another door. I called Norwalk Planning and Zoning immediately to find out if a permit had been pulled. The answer was no it hadn’t. I asked that they come out asap and stop the construction. They did not and within two days a doorway was cut through and a lovely planter situated at the top to give the impression that it was there all along. Extremely frustrating and disheartening.
A few years ago in another home in our single dwelling neighborhood there were 10 people living in one house and when it sold the new owners found mattresses, garbage and internet cables in the attic as in people were living in the attic. Unsafe, unhealthy.
What will it take for the City of Norwalk to finally address this issue?

They need to visit 245 Wilson Ave. a duplex with two bedrooms each unit and minimum 12 car and trucks parked. The property owner purchased it with a HUD program is supposed to live in the property but he rented it. Now the two units are a village of undocumented citizens.

The mayor has turned a total blind eye to the illegal apartments in this city. He actually knows and has been given documents and he still does nothing.

This Mayor cares mores about the illegal residents of this City than he does about lawful residents and property owners.

Are any departments at city hall actually taking appointments? Or is that only for photo ops?
Since we’ve survived 6 months without a functioning city hall, maybe it’s time to scrap it altogether?