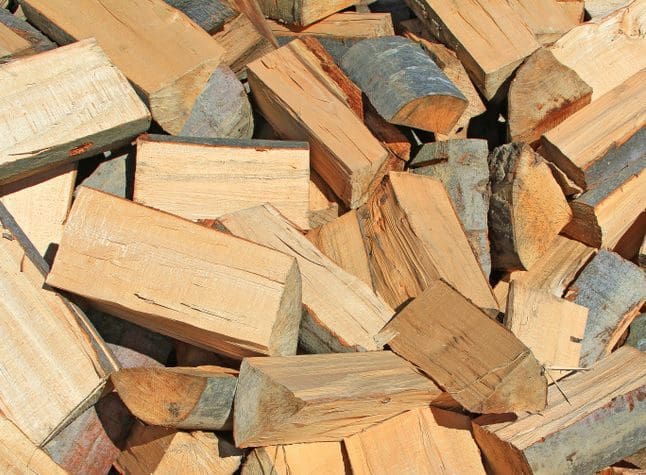 The city’s first firewood sale was a barn-burner.

NORWALK, Conn. – Not long ago, Norwalk officials realized the city had hardwood to burn, and it was all going to waste. So Mayor Rillings’ Energy and Environment Task Force, in conjunction with the Parks Department, decided to turn a liability – the city was paying to cart away the hardwood – into an asset. The city would sell the wood to residents for firewood.

Monday morning, vouchers for the first batch were put on sale via the Internet.

Eleven minutes later, the sale was over – it was a sellout. The inaugural sale netted the city $1,125 in 11 minutes.

The Resident Firewood Program allows Norwalk residents to purchase, at a reduced rate, firewood that is split and seasoned. The city currently accepts and pays to dispose of usable hardwoods.

“I knew after the initial announcement that we would sell out quick, said Common Councilman John Kydes chairman of the task force. “Residents can now purchase firewood cheaper than anywhere else that I know of and the city doesn’t have to pay to discard it, while also generating revenue from its sale. Hopefully, after this great start, the Resident Firewood Program will continue for the foreseeable future.”

Rilling heaped praise on his task force for creating the program.

“This was a great initiative of the Mayor’s Energy and Environmental Task Force. I commend John Kydes and (Superintendent of Parks) Ken Hughes for bringing this effort forward,” Rilling said. “The task force has accomplished a lot in a very short amount of time. As we move forward, I’m confident they will continue finding new projects to advance.”

Rilling will be at the 15 South Smith St. facility at 11 a.m. Wednesday, Oct. 8, to publicly commend the new program as buyers pick up their wood.

Although the firewood is currently sold out, residents will again be able to visit the city’s’ website at 9 a.m. Monday morning, Oct. 20, to purchase a firewood voucher. This voucher, a matching photo ID and a resident pass then must be presented at the DPW Yard Debris Site at 15 South Smith St. for self-loaded pick-up.

The quantity of firewood for sale is 175 pieces per person – approximately half a cord – for $75. Future pickup days will be Wednesday, Oct. 22, and Wednesday, Oct. 29. Purchased firewood must be picked up in one visit and on specified pick-up days. Residents will be limited to the purchase of a half cord of firewood per season. Future firewood pick-up days will be announced on the city’s website. For any firewood related questions please contact Ken Hughes.

Sounds like a terrific success. Two questions: 1. Does the revenue cover the cost of City employees’ labor, splitting, moving wood? 2. Are there plans to expand to DPW, or will they continue practice described in prior article of leaving trees they cut down on side of road for anyone to pick up?

If all the wood sold out in 11 minutes, it would appear that the wood was priced way too cheaply. Congratulations on turning an expense into an asset. Now please raise the price so the city realizes a greater portion of the value of what’s being sold.