Inconvenience to become a local way of life 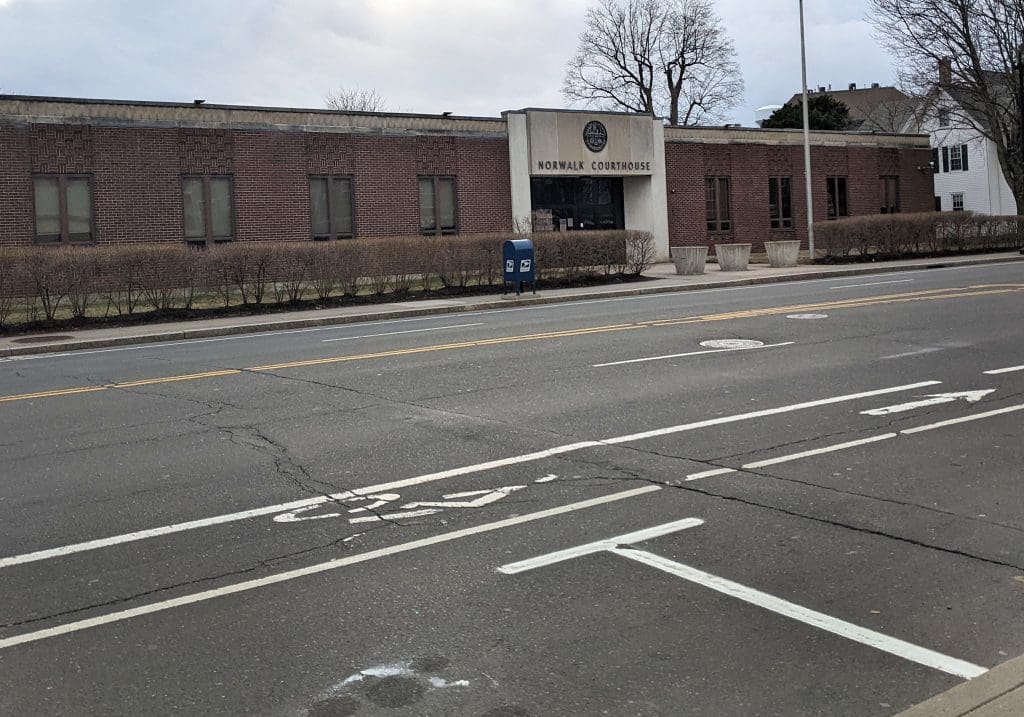 The Norwalk Courthouse has been underused since the pandemic began. Pleas from Norwalk lawyers and politicians have not convinced State Judicial leaders to restore services to pre-COVID conditions.

Editor’s note: This story was reposted in hopes that readers would be able to comment on it.

NORWALK, Conn. — A top State courts official has decided to consolidate Superior Court facilities in Stamford and Norwalk. Meaning, Norwalk attorneys, police officers and citizens are expected to make their way to Stamford, as they have been since the beginning of the pandemic.

“We are disappointed with this decision, which was driven by the shortage of Judicial Marshals and could have been addressed in another way,” Mayor Harry Rilling said in a statement. “Keeping the courthouse closed will not address the backlog of cases that increased during the pandemic. Additionally, traveling to the Stamford courthouse is an inconvenience for Norwalk residents and Police Officers. Many Norwalk residents don’t have a car and will need to rely on taking a train and then an Uber or a bus to get to the Stamford courthouse. While this decision is unfortunate, we will continue to advocate for the Norwalk courthouse to reopen.”

Chief Court Administrator Patrick L. Carroll III, who issued the decision recently, denied that the Norwalk courthouse is closed. There’s “no substantive change in the manner of operations in the Stamford/Norwalk Judicial District,” he said in a statement. “Business will continue to be conducted in Stamford/Norwalk as it has been conducted since early 2020.”

He also said certain operations will move into the courthouse. The “reconfigured Norwalk Courthouse will remain a vital part of the community.”

State Senate Majority Leader Bob Duff (D-25) said he’s had multiple conversations with  Chief Justice Richard A. Robinson and Carroll. The Norwalk Courthouse is funded, it’s in the State budget, but the issue has been explained as a lack of marshals, in addition to other factors that have forced the decision.

“My argument has been that I want to see it open,” Duff said.

“I can tell you, however, that for the Stamford-Norwalk Judicial District, the recommended number is 49 and they currently have 34.  The shortages there are similar to shortages that we have in every district across the state,” she said in an email.

Again, the courthouse is not “closed,” in the State’s eyes.

“Rather than lying vacant and unused, the Norwalk building will continue to be used for important judicial functions, i.e., our Office of Adult Probation will relocate to the courthouse,” Carroll said in the statement. “Second – yet as important amid reduced staff and caseloads – the Judicial Branch will realize greater efficiencies by continuing to manage, and further streamlining, the combined caseloads of Norwalk and Stamford in Stamford.”

A Sept. 1 story posted in CT Examiner quotes Carroll as saying, “The manner in which cases are currently being processed in Stamford is grossly inefficient and leads to unnecessary delay in the processing and disposition of the cases.” He also mentioned “continuing loss of judicial branch staff, particularly security staff in our Marshal Services Unit.”

The story also states that Carroll “ordered” the consolidation. That’s incorrect, according to Hebert.

“He did no such thing.  This was a decision that was made based upon operational needs,” he wrote.

“As noted above, the local Adult Probation Office will vacate its leased premises and relocate to the Norwalk Courthouse over the next few weeks,” Carroll said. “Additionally, courtroom and lockup space in the Norwalk Courthouse will be utilized for training purposes.  The Branch will also be able to use the space for community outreach, including civics education initiatives with local schools, mock trial competitions, etc.  In addition, we are considering having one of our contracted behavioral health providers on-site.  Moving forward, we are pleased that a reconfigured Norwalk Courthouse will remain a vital part of the community.”

Attorney Michael Corsello, a former Norwalk Common Council member, said in October that he was frustrated and dismayed by the shut down of court cases in the Norwalk courthouse. Last week, he wrote:

“I’ve been told the primary reason the Norwalk Courthouse is being closed is the lack of a sufficient number of Marshalls to provide security. Cleary, that doesn’t even approach justifying the closing of the courthouse in the state’s sixth largest city while courts in Derby and Putnam remain open.

“Closing the Norwalk Courthouse and moving its cases to Stamford saddens and puzzles me as it should all Norwalk citizens (and residents of our surrounding towns).I’m aware of  absolutely no benefit to be gained by any entity from this ‘consolidation’ but there are obvious burdens. Perhaps, the greatest will be to the users of I-95. Now additional motorists will be compelled to travel the crowded dangerous Norwalk/Stamford corridor during the busiest times of day every day.

“We’ve lost more than a convenient place to adjudicate cases, we’ve lost the civic pride that our monument to the rule of law once provided.”