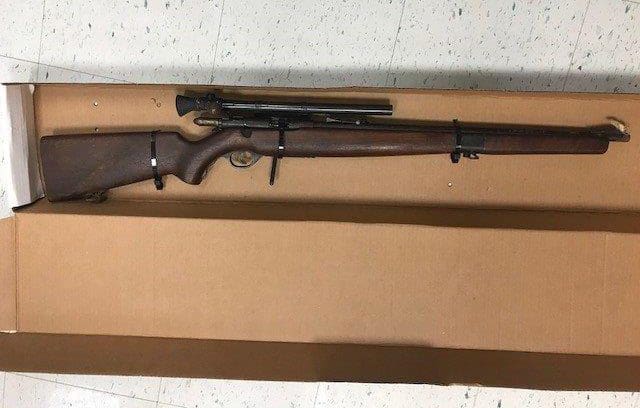 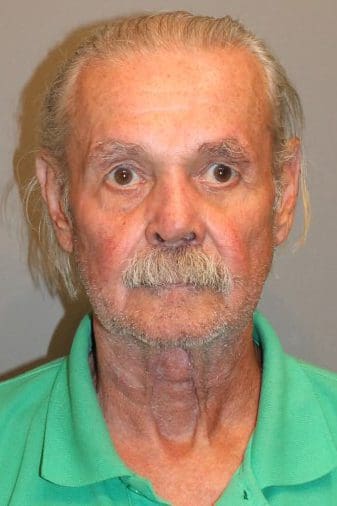 NORWALK, Conn. – A Norwalk High School cafeteria worker threatened to come to the school with an AK-47 “to finish everything and then ‘off’ himself,” Norwalk Police say.

Leslie Delaney, 69, of Hamden was arrested Tuesday and charged with possession of a weapon, threatening second degree and breach of peace second degree, after officers found an unloaded 22 caliber Mossberg rifle in Delaney’s vehicle, Norwalk Police Lt. Terry Blake said in a press release. Bond was $75,000.

Delaney claimed he had been joking, the press release said.

The threats were made Thursday and revealed to school security by another cafeteria worker early Tuesday, the release said.  Delaney warned the co-worker that if he came to school in Army fatigues, the co-worker should leave because he planned “to finish everything and then ‘off’ himself.”

Officers went to the school Tuesday and removed Delaney from the building, and Delaney admitted to making the statements but “suggested they were a joke,” Blake’s release said.

“Based on additional information obtained during the investigation, Delaney was transported by ambulance to the Norwalk Hospital for an evaluation,” the release said. “Officers received consent to search Delaney’s vehicle, which was parked at Norwalk High School. While searching the vehicle officers located a .22 caliber Mossberg rifle in the trunk. The rifle was not loaded and there was no ammunition in the vehicle.”

Delaney was arrested and taken to Norwalk Police headquarters. Officers obtained a warrant and searched his house, finding no additional weapons, Blake said.

“Based on the investigation, it was determined that there was no immediate threat to students or staff,” Blake wrote in the release. “However additional School Resource Officers will be at Norwalk High School tomorrow to provide an added sense of security.”

Is he not fired yet?

It’s possible that this was truly one person making a stupid joke – as stupid as joking about having a bomb while waiting in line for a TSA inspection at the airport. Should he be fired? Probably yes, because a school manager can’t take any chances. Probably better training for all school employees is needed.

If this was a private sector job, he would have been fired.

He should be fired. Maybe he can work in the high school cafeteria in Hamden.

Is he the guy who burnt the burger?

in thought of recent scares at NHS & how to insure safe schools … this post was on my timeline and here is my opinion adam lanza’s psychiatrist to testify tomorrow 9/11/18 @ 10am
Oh my oh my oh Lord how this weighs heavy on me! this testimony is very important and we all need to take the time to understand why. as these tragedies continue to happen, the school shootings “that elephant in the room ” continues to be ignored! until sped services, treatments, sped teacher training, mental illness education is better understood, such incidents as this will continue to happen. and oh no by no way do I even suggest such an act is forgivable but how long are we going to continue to allow our government & general population to keep ” pointing the finger of blame” in the wrong direction?