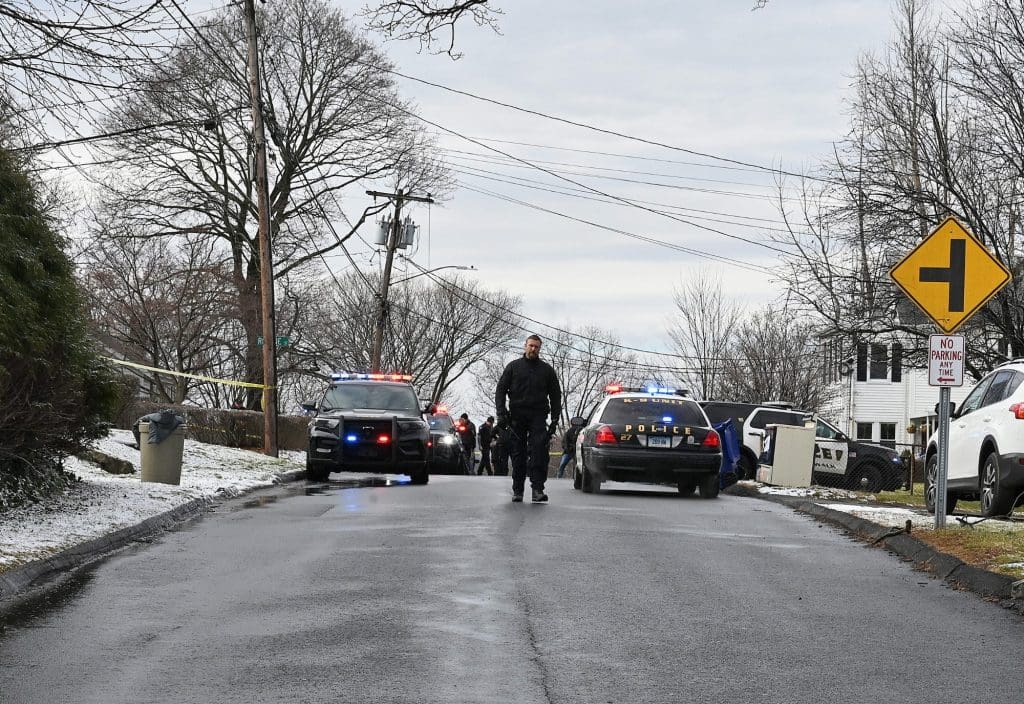 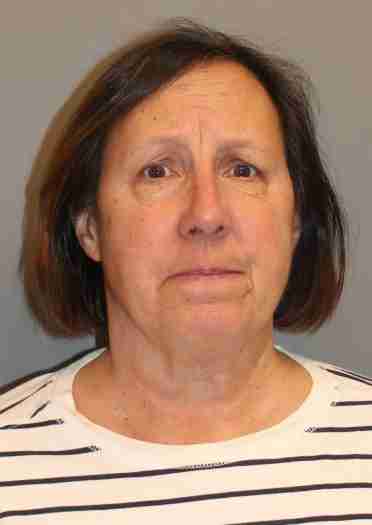 NORWALK, Conn. – Norwalk Police are investigating a death at a home owned by Republican Deputy Registrar Ellen Wink. Police went to the residence at 11:52 a.m. Thursday on a report of a disturbance and found a deceased man with multiple gunshot wounds, a news release said.

Wink was immediately detained, a second news release said. She has since been charged with murder and held on one $1 million bond. The victim is identified as Kurt Lametta, 54, of 16 Nelson Avenue Norwalk.

“The investigation remains ongoing at this time however we want to reiterate that this is an isolated incident and there is no danger to the public,” the NPD news release said.

It’s Wink’s second arrest due to problems at the Nelson Avenue residence. On Sept. 18, she was charged with criminal mischief first degree, larceny fourth degree and criminal lockout. Patrol Officer Matthew Sauer reported that this stemmed from a landlord/tenant dispute. The complainant said he was renting a room in Wink’s home at 16 Nelson Ave. and that she had locked him out and thrown his belongings in the trash. 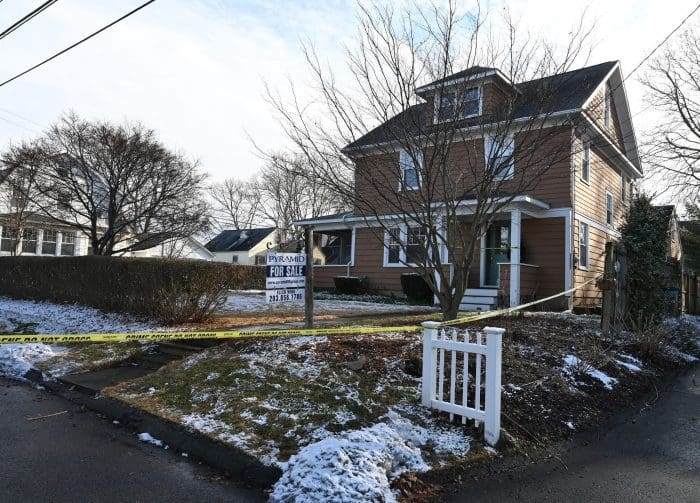 Wink told Sauer that the tenant hadn’t paid his rent in a month, Sauer’s report states. She was tired of arguing with him because he was late every month and she’d taken his belongings to the transfer station.  The tenant said this was clothes, jewelry and $500 in cash.

Sauer told Wink that she would be charged for not letting him back in the house and she was “adamant that she would have to be arrested then,” Sauer wrote. Wink was given multiple opportunities to allow the tenant back in but “she refused to do so.” 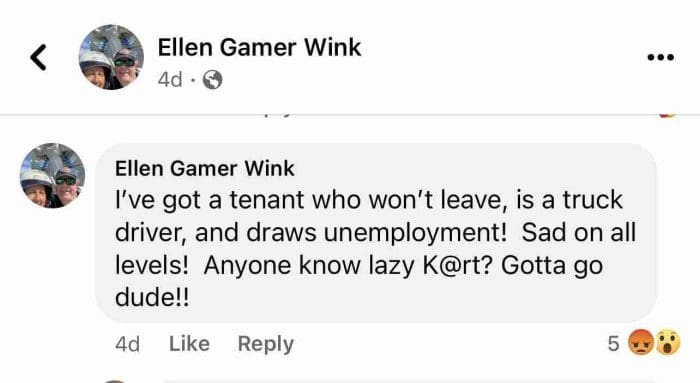 Wink is a former City Clerk. In 2017, she talked about running for Mayor but backed off that plan, unsuccessfully running for Common Council instead. In 2020, she unsuccessfully challenged the reelection bid of State Rep. Chris Perone (D-137).

“What happened is deeply shocking and unsettling,” wrote Acting Norwalk Republican Town Committee Chairman Fred Wilms. “The Norwalk Police Department will conduct a thorough investigation. They will show us where the facts lead.  Our primary concern and thoughts right now are for the families involved.”

Hope the judge sends her away for life! Despicable act she did!
Rest in peace brother Kurt.

Condolences to the Lametta family. This is so sad 😞

What a tragedy for the Lametta family. Sending our thoughts and prayers to you. But can someone clarify if Lametta was Wink’s tenant? It sounds as if it is, but these days, with news spinning of the rails, one must be diligent in their interpretation.

Why exactly did she need a gun? She has freedom to go to jail now and everybody loses.

I wasn’t there. So, I can only imagine what may have happened.

The concept of innocent until proven guilty goes back to the late 13th Century. I wasn’t there on Nelson Street

The pre-trial, pre-discovery verdicts here tell me everything I need to know about my former neighbors. Shameful. Hope you realize what you sound like. I don’t know either of the parties involved but apparently all one needs to be is a friend of one of them to be crystal clear on the verdict.

Yes Nancy McGuire he was a tenant of hers.

Remember, everyone is innocent until proven guilty. Maybe she was attacked and this is a case of self defense .

I can’t understand why people feel the need to own guns in a suburb. Guns are for killing, not protection. Two lives ruined instantly. Terribly sad.

@ML Murry. Would it make you feel better if she used a knife?

When you rent out a room in your house, the renter has to leave immediately when the rent is not paid. It’s YOUR house, not his.

This guy repeatedly returned to invade her house.

The cops are idiots, the invader should have been in jail already.

Norwalk is a city so by your logic, people should have guns. Same for NYC and Chicago

Does anyone know what CT statute it was that allowed her previous case to be sealed?

ML Murray, sorry, but guns are for protection. Especially when you live in a city. Not sure if you are aware of the changing laws in CT, but victims are no longer protected by the courts and burglaries and car theft are increasing daily with no consequences to the offenders who get caught. This will only lead to more crimes as the criminals learn they can get away with it.

ROBERT : Under the Jurisdiction of Ct ,its Statues of Rental Properties One executes a written Contract then signed by Both Parties . When contract is broken ,a written Notice is filed with Housing Court and Tenant valid for 10 Days . Since the Pandemic Rentals are scares due to Transmission of Variant.Guess Greed super cedes Knowledge, and Mr. Robert do not call the Cops Idiots strap on a Weapon get out there , go after the Drug Dealers,Go to a Hostage situation Thought so,,,you have No
????? 2 Young NY Rookies got shot, 1 killed just 21. Can you give your life with such Valor ? They called it Domestic Dispute Semper Fidelis To All that serve

The legal way would have been for her to start eviction proceedings in Nwlk housing court–IF she objected to his not paying his rent on time–NOT to shoot him. Could it be that she felt special and protected by having her previous arrest records sealed by the court? Though they’re not accessible on the case detail online, the charges–according to other news reports–were larceny, criminal mischief and lockout. What statute allowed her court records to be sealed? CT Judicial is notorious for sealing court records for privileged parties, including divorce and civil cases of prominent folk, judges, etc. If prosecutor and judge gave her special treatment on her former charges,it should be looked into, particularly considering her control over voting records.

It’s a tragedy all the way around. Kurt was a good guy who had his faults like any of us. Obviously, no one deserves to die for not paying rent. Ellen was also know as a good person who was angered because she couldn’t understand why she can’t collect rent due for over a year. Unfortunately silly laws create controversy that shouldn’t be. The real crime is that the police call all their friends and release Kurt’s name before his own family was even aware. Through the power of social media it spreads faster than sound. Sometimes we just need to be respectful of others at a time of despair. Shame on the chief if he doesn’t investigate it. RIP Kurt

Ellen has always supported me. I fully support her and hope the State gives her Constitutional rights and exculpatory evidence. If she was defending herslf, which is entirely possible, this lovely lady has a 2nd amendment right. Each and every landlord in CT has no rights and tenants have carte blanche to abuse. Don’t jump to conclusion. Just the facts.

What was she doing as a Republican registrar after getting arrested in September for trying to illegally evict a tenant? regardless of whether the charges were sealed Due to some sort of plea deal, why is the republican party willing to keep a person in an office of public trust who can’t simply follow the law on how to evict a tenant?

The curious aspect of me did some web searching. One of those involved was arrested for an incident in the building of Lowes back in 2014. Looks like a pretty out there but if anger involved. Also, I finally found a picture of the deceased. Sad all around but let’s let the justice system do it’s job. After a fair trial