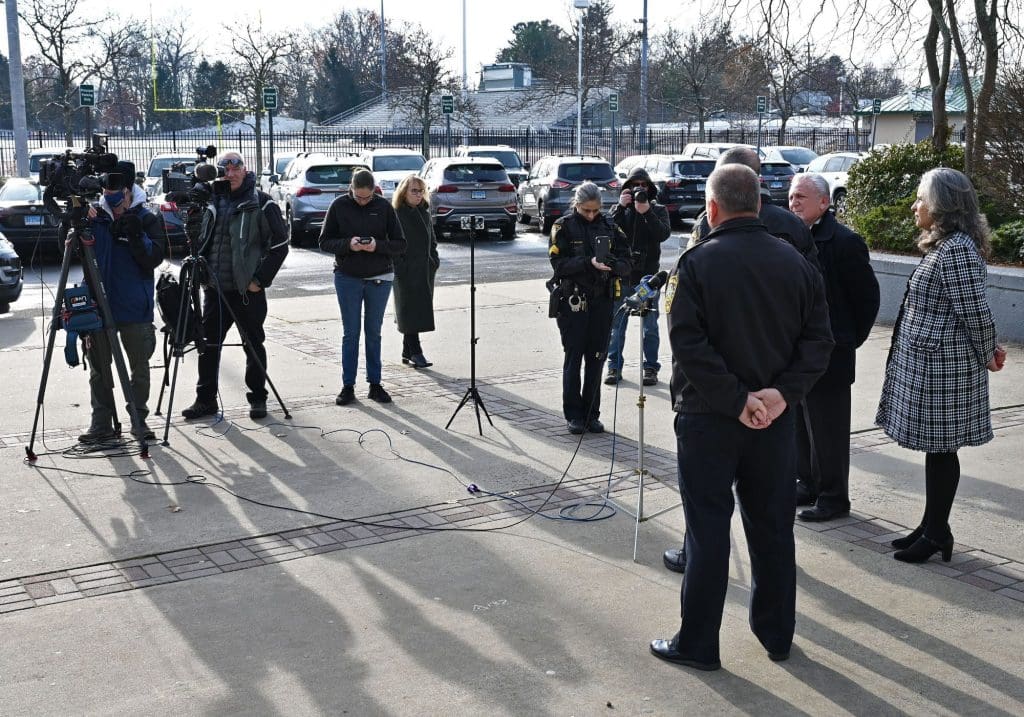 NORWALK, Conn. — The juvenile arrested Wednesday and charged with threatening in the hoaxes perpetuated on Norwalk High School was working with an international co-conspirator, Norwalk Police say.

“Through digital forensics we were able to identify VPNs used internationally, which initially slowed us down in our investigation. But we have identified someone, they’re outside the United States. It’s no one in the city at all,” Norwalk Police Deputy Chief James Walsh said in a Thursday morning press conference.

Police have no evidence to suggest that the co-conspirator was involved in threats made in other communities, Walsh later told NancyOnNorwalk.

“Once he realized that this was taken seriously – we had the FBI involved, we were working around the clock to find out who it was – I think that played a part in why this came to a conclusion,” Kulhawik said. 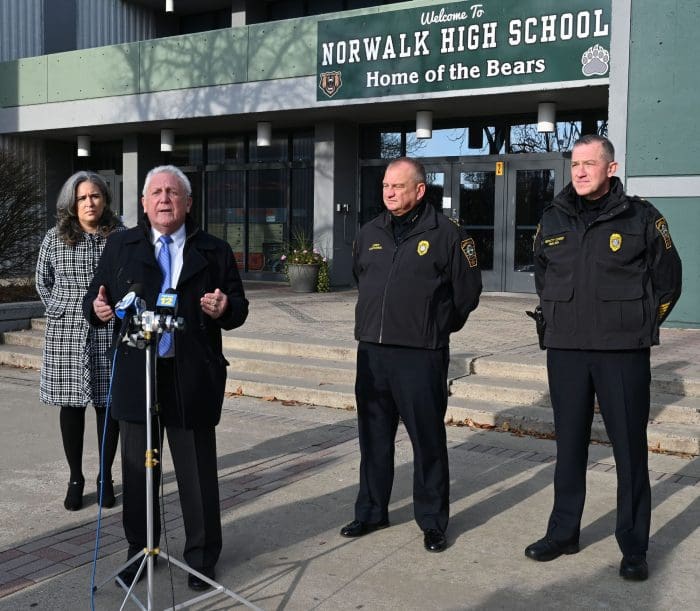 “The fact that we made an arrest will be a deterrent to anybody else that might be trying to do something like this,” Mayor Harry Rilling said.

The child’s parents “were very cooperative, which helped us resolve this as quickly as we did,” Kulhawik said, reporting that the parents were surprised by their child’s actions.

Norwalk Police combined dispatch received the three hoax threats, Walsh said. The first one, made Dec. 1, was a bomb threat, and the next two incidents alleged that someone had a gun in the school, according to Rilling.

The juvenile did it just to “cause what was caused and to see the outcome, and to watch the turmoil that it created, basically,” Kulhawik said. Police don’t know if this child is connected to hoax threats in other Connecticut communities. No further local arrests are expected.

“It was definitely a hoax, there was really never any real threat to anyone here,” Kulhawik said.

“Something like this was so frightening because of the recent incidents around the country,” Rilling said.

There was a mass shooting last week at a high school in Michigan, killing four students.

“One of the biggest difficulties we had during these incidents was social media,” Rilling said. “You know, the rumors start and people start posting things and then parents get very upset. Students are afraid. And rumors are just going crazy, because they’re saying ‘that this happened or that happened.’ And it’s unfortunate that that happens, but I guess there’s not too much that can be done about it.” 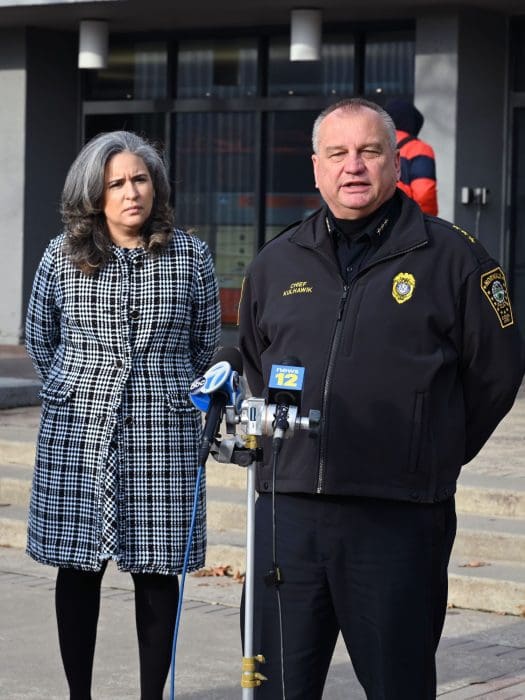 “I think every child handles stress and these kinds of incidents differently,” Norwalk Superintendent of Schools Alexandra Estrella said. “Right now, we are working with our school counselors and social workers to support students that need the support. But it’s not an easy thing to experience for adults and children alike. So not only are we making sure that our children are taken care of, but also our staff that have faced quite a challenge these past few days.”

“Norwalk Police Department were able to respond to this very efficiently and professionally and make sure that they got the job done, and making sure that they bring some semblance of normalcy back to the schools,” Rilling said.

He explained, “It’s a whole new world of responding to these kinds of incidents. It used to be wait outside and set up a perimeter, but you can’t do that now. Your job now is to go in and make sure that you stop whatever is happening or what could be happening. But the Norwalk Police Department has been training on that for many years now. And, you know, they’re probably one of the most highly trained municipal police departments you’ll find anywhere.”

“I think we’re all having a collective deep breath this morning that we were able to bring justice so quickly and bring the schools back to normal operations,” Walsh said.

“They did a tremendous job responding, assuring everything was safe here. And then our investigators who followed up on this case and brought it to a conclusion last night,” Kulhawik said. “But I also want to thank the school system, … and the students who were tremendous in cooperating with us, efficiently evacuating doing what they were asked to do.”