An image from the report prepared last week by Norwalk Public Schools. 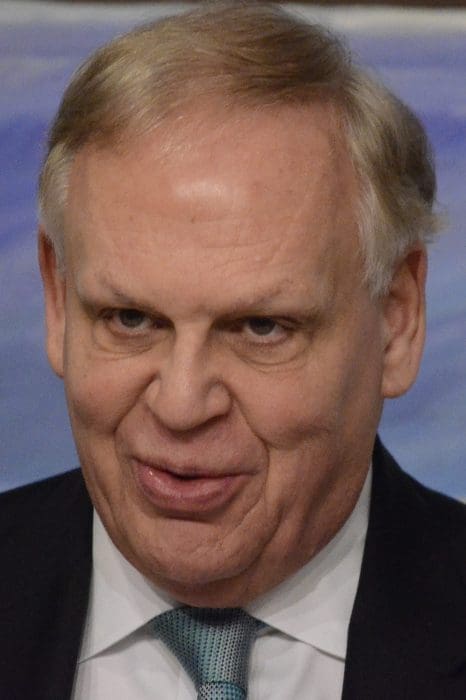 That information comes from a detailed 50-page report delivered by NPS to the City last week in response to questions asked by Mayor Harry Rilling.

Also in the report is a list of 73.6 additional full-time employees to NPS’ staff, at least 27 of them related to the growth in ELL (English Language Learner) students. Some would be added in 2020-21, while others  were added this year through the special appropriation received by NPS in response to the ELL influx, NPS Communications Director Brenda Wilcox Williams said Thursday.

And, Norwalk Superintendent of Schools Steven Adamowski poses his own questions to Rilling.

“I trust that this transparent exchange of budgeting and expenditure history will help inform the scope of the ‘Efficiency Audit’ of City and District to which we have both committed,” Adamowski wrote.

Norwalk Chief Financial Officer Henry Dachowitz, whose blistering criticisms of NPS’ financial reporting inspired the questions posed by Rilling, said Wednesday that he had not seen the report. His body language conveyed genuine surprise when he was told that Adamowski had asked questions back.

Rilling said he is “just reviewing” the report and figuring out “how we’re going to move forward.”

“We fund the Board of Education, they don’t fund us,” he said.

NPS was scheduled to meet with the Board of Estimate and Taxation (BET) on Wednesday evening but the appearance was postponed at about 4 p.m., as the school district grapples with the threat posed by the COVID19 pandemic.

But it’s well short of the Board of Education’s ask, said by the City to be a $18 million request and described by school officials as a requested $14 million increase. The difference lies in money authorized for NPS use during the school year.

NPS had planned to press the BET to give it an additional $2.3 million in funding. This meeting may occur Monday.

The BoE is grappling with an $8 million “reduction” in its operating budget request, and before he recommends cuts, he’d like information, Adamowski wrote.

Some of the questions correspond to those asked by Rilling while others “seek to clarify conflicting information or information omitted by Mr. Dachowitz in his presentation of the City Budget and his public comments concerning the Board of Education’s Budget Request,” he continued.

“Both of the positions I allowed are in IT and are related to cyber security. (One of them is a cyber security officer who will actually serve BOTH the city and the BOE but will be funded by the City). The other will be assigned to public safety,” he continued.

He will support the BET adding back two additional positions, he said:

Adamowski requested an accounting of all City “Central Office” positions, including direct reports to the Mayor.

The NPS report states that there are 76 fulltime employees in the schools’ Central Office, excluding “any direct service positions working in multiple locations such as OTs, PTs, Psychologists, etc.”

There are state and federal grants missing from the City operating budget, Adamowski asserted, seeking that info. He also asked for the status of a $400,000 special appropriation “received by the City” to fund social services for immigrant families.

Adamowski wants details of City salaries and benefits, as well as details concerning the costs of City vehicles and out of town travel for City officials. He also asks about contingency accounts.

What does Rilling think of these questions?

“Both our Chief Talent Officer Javier Padilla and Chief Financial Officer Tom Hamilton promptly replied to questions from Mr. Dachowitz and also readily shared tracking logs and other information with him,” the NPS report states. “Mr. Padilla and Mr. Hamilton met with Mr. Dachowitz on September 5, and followed up with emails on September 9 and 16 with all the information he requested, including the original plan, purchases orders that documented the amount spent, and the gift card tracking log.”

An image from the report prepared last week by Norwalk Public Schools.

“Because one purpose of the cards was to support recruitment, the Visa cards were branded with the Norwalk Public Schools logo and website,” the report states. “The competition is stiff for attracting and hiring minority and bilingual educators, as well as those in shortage areas such as science and special education. While some college fair exhibitors give out items like branded pens or USB items, the NPS branded re-loadable $5 Starbucks cards would keep the NPS name in front of prospective candidates.”

There were also Stew Leonard’s cards for 18- to 21-year-old students with developmental disabilities, used for “instructional supplies for what are called ‘activities of daily living,’ such as weekly meal planning, shopping and food prep lessons.”

“Because the Visa cards were not Connecticut retailer gift cards, they did have an expiration date. There was a personnel change during this period, and the individual who created the program and ordered the cards left the district before it was fully executed. As a result, some gift cards did expire shortly after they were distributed to teachers, or before they were given out for use. The district expects to receive a partial credit for expired Visa cards.

“Just like the City has in the past when much larger financial issues have been identified, the district also followed up by reviewing procedures to identify any gaps and reinforce controls. There were no gift cards in the current 2019-20 budget, and there are none included in the requested 2020-21 school budget. The program was reviewed and the use of gift cards for teacher, student and staff appreciation or recruitment is no longer a strategy that the school district will use. However, we may from time to time purchase gift cards for use with our transitional program, so that we can fulfill our educational goals of preparing students with developmental disabilities for success in daily living.”

Council member Nick Sacchinelli (D-At Large) recently alleged that teachers told him that some schools have closets full of unused supplies. Parents attending that meeting said they had to raise money for supplies.

“Basic supplies are absolutely being funded at all schools,” NPS states.

And, “It is challenging to answer anonymous accusation without having any details. However, there may be times when parents choose to raise funds for something that they consider important but that may not be a priority for the education budget for their school.”

Out of town trips

Rilling asked for an accounting of out of town trips taken by NPS staff in the past three years, that cost more than $5,000.

There were no trips taken for recruitment purposes that cost more than $5,000, NPS states.

There’s an accounting of expenses over the three most recent school years:

NPS provides this accounting of fulltime employees who were not in the original approved 2019-20 operating budget:

The salary expense to continue ELL services added mid-year is projected at nearly $1.5 million, while the requested ELL expansion is more than $1.1 million.

Rilling also asked for the money spent by NPS on food or beverages.

“NPS routinely provides light lunches and suppers when working groups of staff, parents and community volunteers do not break for a meal,” NPS states. “To maximize time within the hours provided in our collective bargaining agreements, it is our practice to have working lunches during certain trainings and daylong meetings. This may also include working groups of teachers who contribute hours afterschool, beyond the standard contract day specified in the NFT contract.”

There are also “P-Card” expenditures:

I’m agreeing with the Rilling administration here, the school budget is out of control. They are going to have to live within their (and the taxpayers) means.

This is a huge problem and it’s only going to get worse. The schools are not a draw for new homeowners. I have not found One real estate listing in my area that lists the schools as a positive, even though our neighborhood ES school is in walking distance to most housing. The schools, if mentioned at all, is cursory, school name and scores, that’s it.

The Board of Ed was warned by two other districts regarding Adamowski’s spending habits. Adamowski and his administrative costs are out of control. You were warned about him. Too bad Lyons and Barbis did not listen.

So 6+ years on the job and the mayor still doesn’t know that the Comptroller’s office reports to him. You know, the one that let $900,000 walk out the door due to gross negligence in managing the vendor master file. You know, the one that controls all the money going out the door for all the things listed above. I guess of the 10% increase in overhead positions since the Mayor has taken office and the 40% increase in expenses (not including all the lawsuits) none of those are invested in financial controls for the city and this is why he needs to ask NPS for the details.

How embarrassing to expose your own incompetence for everyone to see. Then the arrogance to think that pointing to a few trips and lunches is some kind of gotcha moment.

For those seeking to tighten the belt, I don’t disagree but let’s not fool ourselves. The explosion in costs is due to Sanctuary Harry’s policies of rolling out the welcome mat to anyone who wants to come here and enjoy the fruits of the Norwalk taxpayers.

Sanctuary Duff passed laws greasing the skids for 10s of 1000s of migrants, most of whom have no medical history, to come and enjoy the fruits of CT taxpayers. This is why budgets are straining. It’s not the annual welcome breakfast for new teachers. It’s not the investment in making Norwalk one of the only K thru 12 IB programs in the Northeast. It’s unfunded population growth and state laws that guarantee raises year after year regardless of performance.