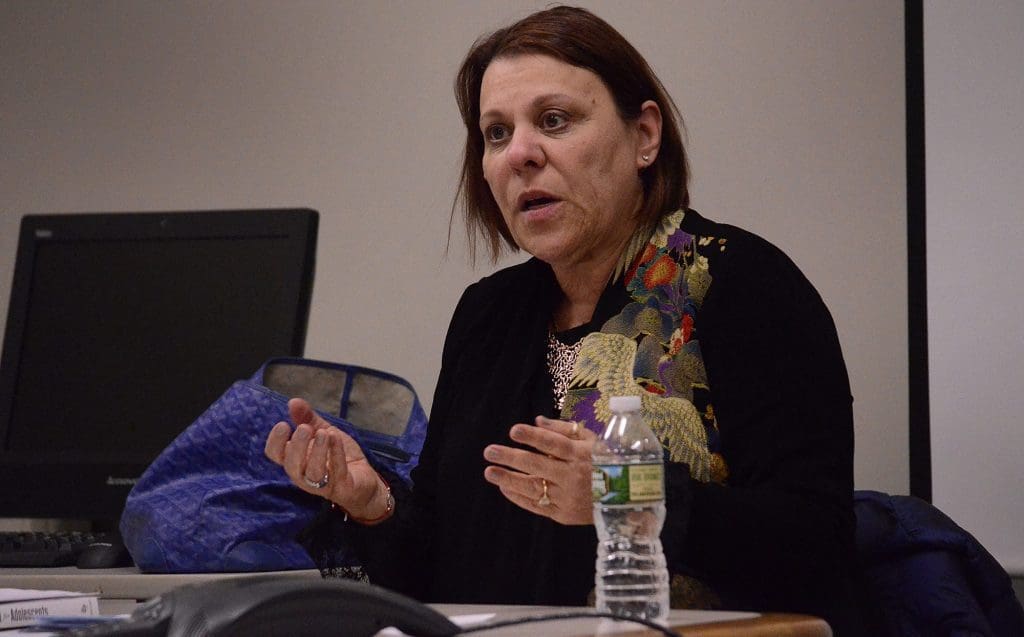 NORWALK, Conn. — The State’s investigation into a complaint accusing Norwalk Public Schools of widespread violations of federal education laws is moving toward a public statement of concerns, if any, Yvette Goorevitch said last week.

“They are coming back for one additional visit,” Goorevitch, NPS Chief of Specialized Learning and Student Services, said Thursday. “… There will either be a recommendation for corrective action or not, on each of the issues.”

Attorneys working pro bono on behalf of 17 Norwalk school children on Oct. 3 filed a complaint with the Connecticut State Department of Education (SDE) alleging that NPS “systemically and pervasively violates federal and state laws that guarantee all children the right to a free and appropriate public education (FAPE),” according to a press release.

“It called for a decision as to whether there were systemic issues involved across the district,” Goorevitch said Thursday to the Board of Education Ad Hoc Committee on Special Education.

NPS attorneys drafted a response and, “It has taken approximately, I figured out today, probably 15 full days of multiple staff working on this, and as many days for attorneys to gather information,” Goorevitch said.

The complaint, led by Attorney Robin Keller, alleges that four 4-year-olds who were referred to Special Education were not provided with timely reviews to determine their eligibility and details the history of a 17-year-old Brien McMahon High School student, accusing NPS of missing the severity of the student’s disabilities for years. It also describes lack of services due to staff turnover.

Keller attended Thursday’s meeting but declined to comment until the investigation is completed.

Goorevitch said that the state dismissed the complaint about the high school student, suggesting that it was a separate issue. The state also declined to review progress made in addressing recommendations made by the Capital Region Education Council (CREC), calling that out of its jurisdiction.

For the remaining 16 children, the state asked specific questions about the child identification processes in the preschools, the district’s plans to make up services and specifics about Individualized Education Programs (IEPs), according to Goorevitch.

“Five binders of documents were prepared and forwarded to state. They then looked at our response and indicated that they would want to interview staff members. They did that yesterday and the day before, so the 26th and 27th,” Goorevitch explained.

“They are finished with their observations,” Goorevitch said. “They had additional staff members that they wanted to interview. The interview process is a confidential process… it left one teacher in tears, another paraprofessional quite upset, asking for union representation. It is not a pleasant process. Not that they are not pleasant, they are very pleasant, but staff take very personally their work with kids.”

In the meantime, NPS is continuing to address its procedures, Goorevitch said. Staff has been told that “should they miss a service they are expected to make it up within a month, so we are not in a situation with dozens of hours owed” to children, she said.

The Board funded a “floater” at NECC and this has resolved the issue of missed PPTs (Planning and Placement Team meetings) there, and NPS has realized there is “a real issue in the middle schools” and requested two or three floaters to address that, Goorevitch said.

“It does not solve the problem when there is an intense flu and there are 10 teachers out, but it does solve the problem of PPTs or of that one-and-done kind-of ‘teacher needs to be doing something related to the process,’” she said.

Just discussing the complaint was a topic of controversy, with Committee member David Heuvelman asking if it was the right forum, given that “stakeholders” might be in the room.

About 12 parents were in attendance, watching the meeting silently.

Special education teachers are supposed to get subs but their subs are pulled all the time so how do we know who’s hours need to be made up? Principals don’t care and downtown doesn’t double check.

Concerned parent, you can ask for service logs if you are concerned your child is not receiving IEP services as agreed upon.

Just curious how any complaint involving the education of any public school student in Connecticut could possibly be “out of the jurisdiction” of the Connecticut State Department of Education. Hmmm …