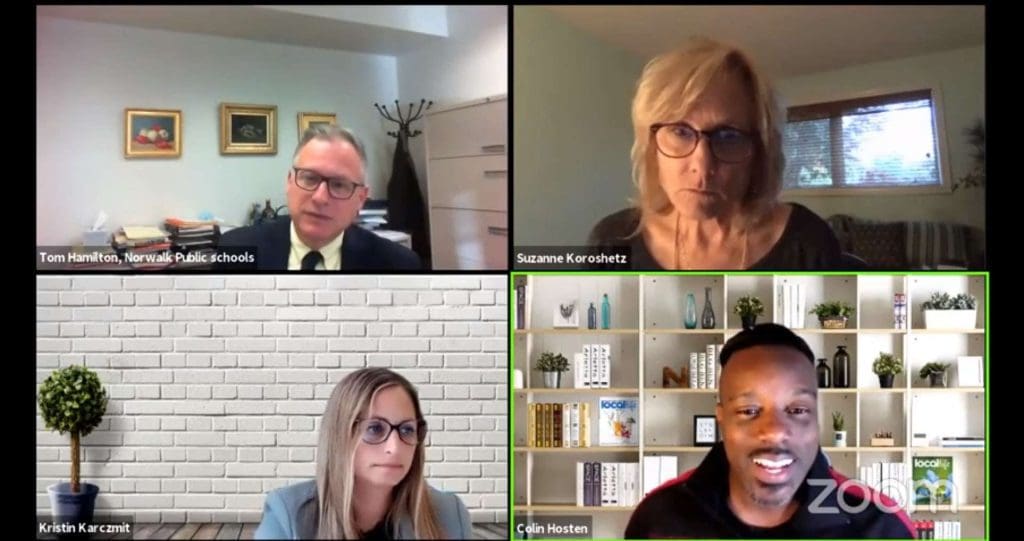 NORWALK, Conn. — The question marks can be discarded now – we have an official amount of federal funds heading to the Norwalk Public Schools budget courtesy of the American Rescue Plan.

The context of that was the “flat funding” the City approved for NPS in the coming school year, holding the City’s funding to the same level given to NPS this year. Estrella called that “fiscally irresponsible,” charging that the City is using pandemic relief money to fund ordinary expenses. She and Hamilton warned if the relief money is used to spare taxpayers, NPS won’t be able to meet the escalating needs of students who have fallen behind due to COVID-19.

The previous COVID-19 funds delivered under “ESSER II” need to be spent by September 2023 but ESSER III funds have a deadline of September 2024, Hamilton said. “So we’ve got three, three school years.”

“The amount of money hasn’t gone up by a third. So yeah, stretch it out for a longer period,” Hamilton said.

NPS must apply for ARP funds by mid-August but expenses incurred after May 24 are eligible to be covered, he said. It’s not necessary to spread them out over three years.

“I believe that that most of the funds become available essentially, immediately … there may be some small portion that’s held off to the second year,” Hamilton said. “But I think, I think if we had things that we, you know, wanting to spend it on and felt were appropriate and necessary to spend it on and you wanted to spend it all in one year, I don’t think there’s anything that would necessarily prevent you from doing that.”

As for the “flat funding,” Hamilton recommended that NPS begin its year with a negative number on its budget to indicate a $6.9 million shortfall the City expects to be filled by ARP/ESSER funds.

“It’s going to take several more weeks, probably beyond the June budget adoption date, to figure out exactly which items we would be moving over to the ESSER III grant,” he said. “… The easiest way for us to handle that is to just have this negative number that we carry in the budget. And then when we move these items over to the ESSER grant that are currently being carried in the local budget, then everything will balance.”

“I actually like the idea of having that negative number in the budget that we approved, because it shows that you know, that how much is not being funded by the City,” Hosten said.

He asked about the discrepancies in the numbers Hamilton had received for estimates in ARP funding.

“One of the explanations possibly for some of these variances are that the State skims off a portion, they’re allowed to skim off,” Hamilton said. “Maybe skim is a word that maybe the State would, you know, not like that word, but there’s a certain portion of the grant allocation, the State keeps for their own purposes, both to cover expenses they may have at the State level. And they are also funding some additional initiatives. And some of these initiatives may be open to us.”

“The intended use of this grant is to reopen schools and accelerate learning and mitigate learning loss,” Hamilton said. “It allows (local education agencies) broad discretion in determining those needs, and encourages building long term systems of support to modernize and sustain improvements.”

Wilton schools have been fully opened for months while all NPS has done is whine about money..The old saying Winners don’t whine comes to mind….I predict the whining will just get worse…Sad

With the pandemic coming to a close I will be much busier and sadly won’t have time to comment on a regular basis. It’s been a learning experience. I hope younger people who aren’t zealots get involved. The silent majority needs to step up and be heard…I’ve found ” know it alls” don’t know as much as they think..