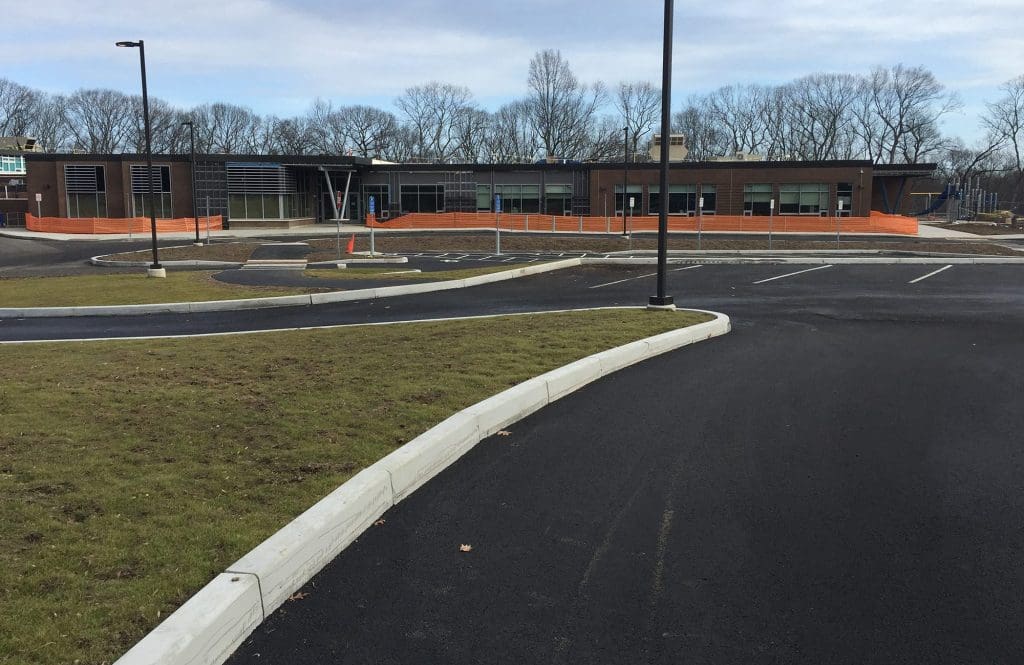 NORWALK, Conn. – When the Ponus Middle School expansion/renovation is complete this year, it will be short of space to seat the expected students.

Norwalk Public Schools is talking about installing two portables on the campus in what Norwalk Superintendent of Schools Steven Adamowski referred to as an “almost permanent” solution to the shortage. Additionally, district-wide enrollment growth may scotch the plans to turn the Chestnut Street school into an International Baccalaureate K-5 Academy.

The Ponus expansion into a K-8 magnet school marked Norwalk’s first new school construction in more than 40 years. It’s the first success in a facilities plan inspired by a shortage of 900 seats and the desire to eliminate the notorious portable classrooms at Jefferson Elementary. 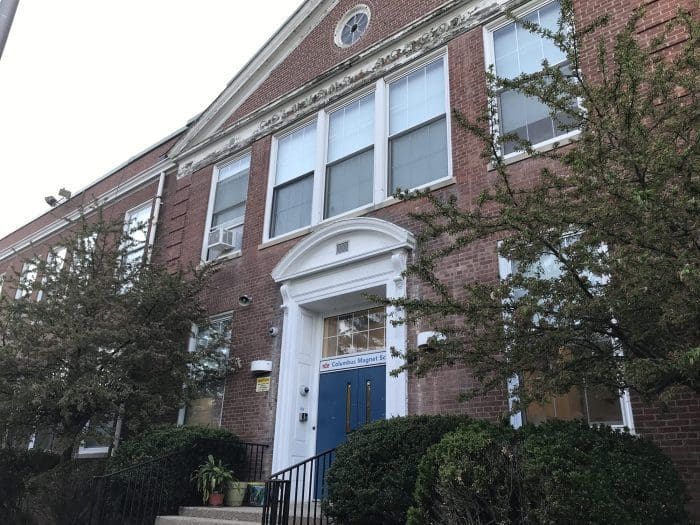 Columbus Magnet School, sometimes referred to as the “Concord Street school” and at other times the “Chestnut Street school.”

In a complicated domino scheme, Norwalk had planned to build two new schools simultaneously and then shift students into them so that two existing schools could be renovated into an as-new condition. Unfortunately, work on the planned South Norwalk magnet school behind the Nathaniel Ely preschool center has been held up by an open space issue. So, the planned-for new seats have not materialized. And the Chestnut Street school construction is also delayed for years.

Portables have been a topic at two Board of Education meetings recently. The Jefferson students are expected to move into the new Ponus wing in September but there’s 500 of them and the new wing only has space for 450, Adamowski said.

Adamowski recently announced, as part of an enrollment report, that three of Norwalk’s four middle schools are overcrowded. That will continue until the South Norwalk/Ely school is built and provides 200 middle school seats, he said Tuesday.

“So, under those circumstances, we’re going to need more or less a permanent solution on the Ponus campus for at least two additional classrooms than what we have now or what was planned,” he said. “That’s an indicator of growth we’re experiencing.”

Norwalk is said to be the only community in the state with a growing school population.

Finance Committee Chairwoman Barbara Meyer-Mitchell asked if the music and art programs could be taught off a cart, so that their classrooms could be used instead of portables.

Meyer-Mitchell asked if students could go to Naramake Elementary School.

“They don’t have to have two empty classrooms,” Adamowski replied.

She had asked last week if they could go to Wolfpit. The Special Education department is using extra space at Wolfpit, NPS Chief Financial Officer Thomas Hamilton informed her.

“It’s just so disappointing because the whole goal of this is to get those children out of the portables,” she said.

When Jefferson is renovated and the students move back in – two years from September – the school’s enrollment will drop to 450 because some of the students will opt into the Ponus program, Adamowski said Tuesday. Ponus’ population overall will include 200 students from the Jefferson area.

Some of these problems will be solved when Columbus, a.k.a. the Chestnut Street school, is renovated, he said. But, “The reason why we feel we will need these two additional classrooms almost permanently is the fact that the minute Jefferson moves out, Ponus is over enrolled by two classrooms.”

Other options have been exhausted, Adamowski asserted. NPS investigated renting classrooms in three other locations but they needed too much work and it wouldn’t be done when the students need to move in.

Building and Facilities Manager Alan Lo said last week that there are other costs to moving the students elsewhere, such as busing and nursing staff.

Hopefully, progress will be made on the South Norwalk schools, BoE Chairwoman Sarah LeMieux said. “If I were a fairy with a magic wand, I would also make the new Chestnut Street school K-8.”

There’s been controversy over whether the school should be demolished in favor of new construction or renovated into an as-new condition. Either way, you could add to the footprint and create middle school seats, she said.

“That may be necessary,” Adamowski replied, acknowledging that his dream of an IB school may not come to fruition. “Again, things change, and you may need to revisit that in terms of grade configuration and program.”

“For sure,” LeMieux agreed. “A neighborhood school would be amazing.”

Why is Norwalk the only district in Connecticut with a growing population? Where do all these new students live?

There are very few children walking down the streets in the Woflpit area; that wasn’t always the case. Houses are sitting on the market for months and the real estate ads don’t mention the schools as an asset, not even with an elementary school in walking distance.

One needs to ask — IF the Hartford politicians (Led by our own Bobby Duff) are responsible for the unprojected growth in Norwalk schools, shouldn’t they at least support the process. Why in the world would we vote for these yahoos who think theoretically and not practically? Our resources are being reallocated to handle this growth/ELL crisis. At this point, IF our kids participate in extracurricular programs they need to beg at shopping malls for funds to pay for those activities. This is ridiculous. I’m begging our administration to acknowledge we have a major problem which needs to be dealt with asap. Where’s Teacher’s Union mouthpiece on this matter? Don’t they give a damn??

Enough incompetence on the part of those in control of the Norwalk Public Schools. It’s time to
replace those now in control.

Why has this problem never presented itself in the past when we had influxes of students? This lack of space issue is due to poor projections and poor planning.

my Perception is this problem was fully anticipated as a direct result of our sanctuary city policies, combined with a lack of proactive zoning enforcement.

Is there any possibility we could buy Saint Phillips School from the Catholic Diocese? The property backs up to Tracey School and there could be a beautiful campus, extending the Magnet School to a K-8. It would alleviate some of the middle school over-crowded situation, extend the wonderful School of Character program into the middle school years. Tracey could be a K-4 program (allowing more students in from other districts), and Saint Phillips could be grades 5-8 with a beautiful shared campus in the middle. Perhaps, if well designed, it could solve the traffic problems on Camp Street during the beginning and end of each day.

This is why the private schools are busting at the seams. Who wants to deal with this nonsense? Add free breakfast and lunch to that equation as well. Norwalk cant financially deal with it. The kids will suffer with 30 kids in a classroom. Good luck teachers!

@Tysen: To follow up on your point. The Teacher’s Union is as guilty as anyone. We’ve heard ZERO from them regarding support for state help with immigrant crisis in our schools. If one was cynical one would think Union leadership is in bed with our elected leaders trying to sweep this under the carpet. Teachers have a tough job and the lack of leadership on ELL issue from their own leaders is making their job tougher. Maybe Teachers Union lobbying money should go to elected leaders who actually give a damn about Norwalk…is there a way to find out how much money these unions are contributing to which officials? Guessing this would be eye opening

@ john- our immigrant crisis is self inflicted.

When will we hold those responsible for it accountable?

maybe the City should have held on to the Honey Hill, Roosevelt, Washington and Ben Franklin School properties…..