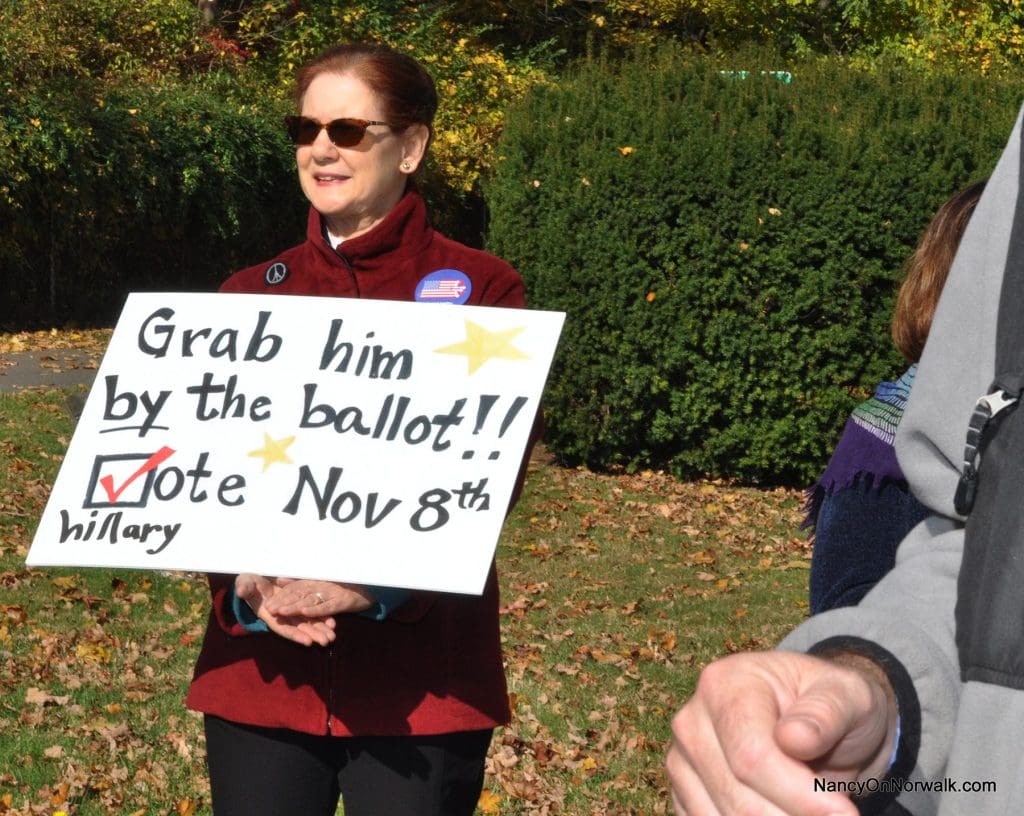 NORWALK, Conn. — There will be no Democratic primary for First Taxing District Commissioner.

After accusing the taxing district of “failing to invest in maintaining the core infrastructure of delivering clean and safe drinking water to Norwalk,” and offering herself as part of the remedy, Jackie Lightfield has reportedly backed out of contention.

Incumbent First Taxing District Board of Commissioners member Elsa Peterson Obuchowski is now the Democratic candidate as she obtained the necessary signatures to qualify for a primary and has no competition. She’ll face former Republican Registrar Karen Doyle Lyons in the general election.

Obuchowski and Lightfield tied 4-4 with one abstention at the DTC vote on July 26. Wednesday was the deadline to submit enough petitions to force a primary. According to Norwalk Democratic Registrar Stuart Wells, Obuchowski met the goal, but Lightfield dropped out without submitting any petitions.

Lightfield has not returned requests for comment. Obuchowski said she’d be submitting a letter to thank her supporters for helping her to get signatures for her petitions. 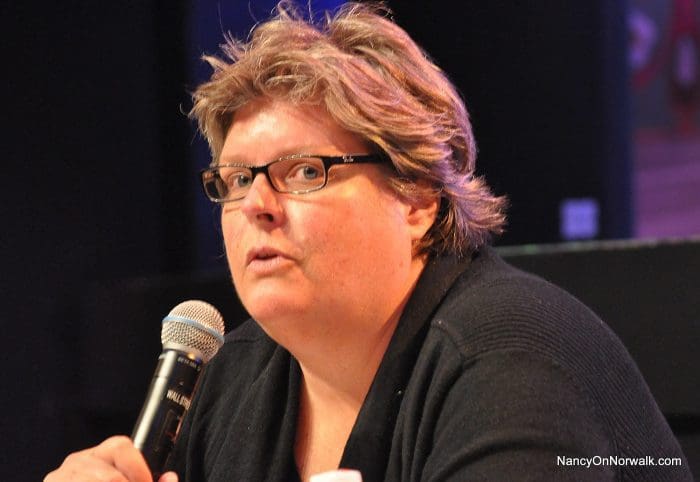 Jackie Lightfield at a 2018 event hosted by the Coalition of Norwalk Neighborhood Associations (CNNA).

On the morning of the DTC vote, Lightfield sent 43 DTC members an email with the subject line, “Do you want to be a part of building a better future for Norwalk?”

Lightfield, who served on the Norwalk Zoning Commission from 2005 to 2010 and later led a Norwalk Center Task Force under Mayor Harry Rilling, said the pandemic has taught us all that infrastructure is important. “Norwalk has its share of big problems due to failing infrastructure,” she said.

An excerpt from her email:

“The management of how we collect water, process it, and distribute it throughout our district is something that is under constant threat. We have all experienced the recent droughts, watch the western wildfires send us their smoke-filled air, seen the murky brown tap water after water main breaks, or scrape the manganese and lime build-up from our shower stalls and bathtubs.

“We all are horrified when we learn of the poor quality of water in places like Flint, Michigan, and maybe we wonder what is happening with our local water. And here is where the opportunity lies.

“For decades the First Taxing District has failed to invest in maintaining the core infrastructure of delivering clean and safe drinking water to Norwalk. Yeah, it is complicated. But we can start by thinking about who we elect to represent us on the First Taxing District board. We need someone that will take the time to lead staff in developing funding strategies that leverage grants, partnerships, and technology to reduce the operational costs and keep the system going in a good state of repair. This is about knowing how the cost of investing in the future delivers results so that generations of Norwalkers can depend on reliable and affordable clean water.

“The federal government offers hundreds of programs that help small districts like ours meet the needs of the people who depend on this essential utility. There are hundreds of small districts like ours that have benchmarked solutions and programs to learn from and build on their experiences. We can focus on things that work to ensure that stormwater retention, pipe inspection, and water conservation work together to ensure that there is enough water to serve our community.

Late Wednesday, Obuchowski shared an email she sent DTC District A members July 26 in response to Lightfield’s email. An excerpt:

“Actions I have taken, in concert with my fellow Democratic board members, for First District to better serve the community include:

“I am not one to stir up emotions with half-truths or insinuations that are easily disproven with a little research such as reading the minutes of a board, or attending a few meetings to listen to what an organization is doing.”

Obuchowski said she’s been honored to be a Commissioner and wasn’t taking the endorsement for granted.

Congratulations Elsa! Does this mean you will have two lines on the ballot?

Hey Nancy,
I am a contributor, fan and daily reader but every once in a while I believe your “Newsdown” deserves a “Dressing Down”. Today is such a day.
Ms Lightfield hurled accusations in her attempt to wrest the nomination for First District Taxing Commissioner, but then failed to put her petition signatures where her mouth was and denied your request for comment. On what grounds does she deserve to be so extensively quoted in your article?
I am not a resident of the involved district but know Ms Obuchowski from her efforts on behalf of the League of Women Voters. She is a tireless worker who attacks every issue with the honesty and integrity that one would hope is a part of every elected official.

In answer to the question about whether I will have two lines on the ballot — no, I won’t.
The Secretary of the State’s office informed me early on that a candidate cannot be a party nominee and also a petitioning candidate on the ballot. I verified this with the Town Clerk today: my acceptance of the Democratic Party nomination, which I signed this morning, automatically voids out my nominating petition. My name will appear on the ballot only in Row A.