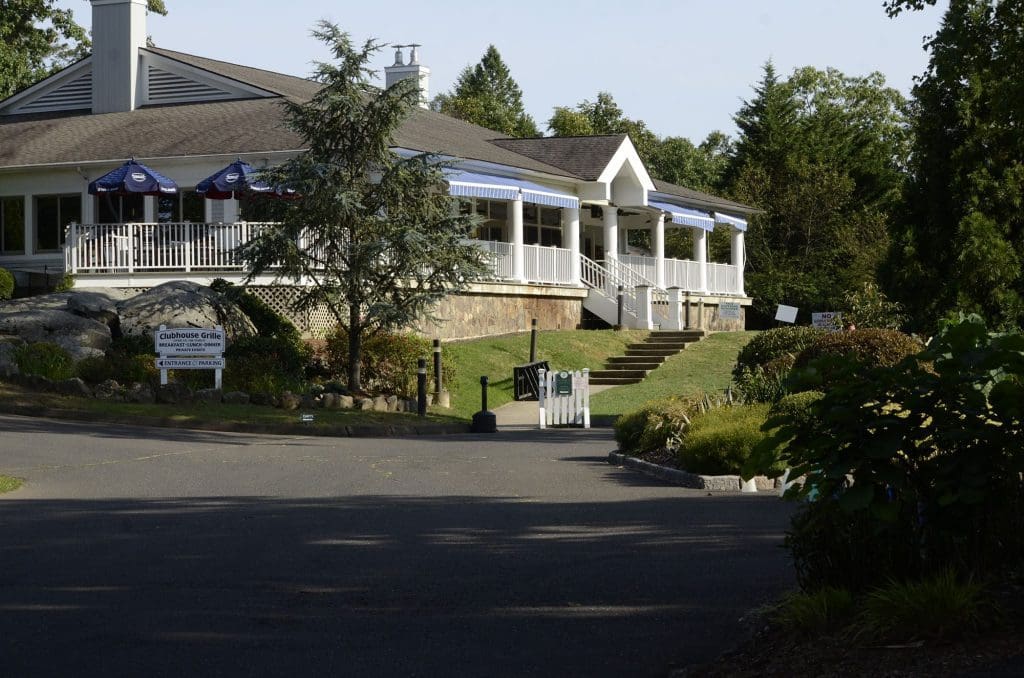 NORWALK, Conn. — The new restauranteur at Oak Hills Park – whoever that is – will pay a percentage of sales to the Oak Hills Park Authority instead of a straight rental fee.

A five-year food and beverage operations contract for the park was approved Thursday by the Authority on a 5-1-1 vote. A related employment contract for an unnamed general manager was also approved, with one member complaining of the “blank, blank, blank” on the document.

The Authority, under previous management, has long had a troubled history with the restaurant space created in 2005 under then-Mayor Alex Knopp. Most recently, the Authority terminated its agreement with Joe Montalto of Garnet Management Group in December, a move that some called “disappointing.”

“We have not been able to get the revenue we need for rent, because the vendor can’t generate the business to pay the rent, at the amount that we need and deserve,” OHPA Chairman Carl Dickens said at the time.

OHPA budgets online indicate that Montalto was paying $2,350 a month.

OHPA treasurer Joe Andrasko said the Authority planned to hire a general manager to oversee the diversified food services and contracts with tenants.

“We’re not looking for a new {restaurant} tenant, we’re looking for a partner who will be overseen by our new general manager,” OHPA member Babar Sheik said.

Sheik, a restaurateur, was on the restaurant committee.

Andrasko led the meeting in the absence of Dickens. The contract extends through the end of 2026 but has an “out clause” after three years, he said. Either party could opt out with three months’ notice, without cause.

“The fee structure is very different from what we’ve done in the past. So it’s not a rental agreement, per se, it is going to be based upon gross sales from the food services, operations,” Andrasko said.

Gross sales do not include beverages or gratuities, and the Authority gets 10%. The total due is capped at $60,000 through March of next year, he said.

“There’s only upside, if they’re successful, for us,” Andrasko said.

OHPA budgets online indicate that Montalto was paying $2,350 a month.

“We also put in two items in the contract that really assure that we have a lot of transparency into the operation, which is not common for a restaurant,” Andrasko said.

The contract lays out specifics on financial reporting, “so that we can make sure that we’re getting the itemization and the detail that we need to be able to determine really where the where the sales are happening, and what we’re getting,” he said.

OHPA can also have an audit done at its expense, he said: “Not something we expect to use, but something that we definitely want to have in there as a safeguard.

“So overall, this increases the revenue of the restaurant. You know, even with the cap, if we were to hit the cap, it would be almost threefold versus what our expectations are, or were under the prior arrangements. And, you know, it could be even more than that if they’re even more successful, and bring in more gross revenue,” Andrasko said. “And it also has kind of the checks and balances in place to make sure that we’re able to really understand what the foodservice operation is bringing in there, and make sure that we’re getting our fair share.”

That would be LLC that holds the contract, Andrasko said.

Attorney Randall Avery said mediation is very expensive and “because either side can opt out of this agreement, within a couple of months, that’s a lot of leverage. So it puts a strong inducement on any disagreement among the parties to resolve it.”

The general manager contract is for three years.

“I won’t mention salary, but it does define a salary for the first year, and it doesn’t lay out any specific rules or contractual increases in subsequent years. So those would all be performance based,” Andrasko said. “No benefits are associated with the role, it is expected to be less than 1,750 hours for the year for any calendar year.”

“When is this person going to start, who is this person? What are their qualifications? And why are we going to, like, have an actual contract with them without us as an Authority, seeing has resume?” Bromark asked.

“This is not an executed contract,” Andrasko replied. A candidate has been identified.

That will come later, Andrasko said.

“I’ll just say on the surface, I agree with you. We should all have input,” he said. “… The process, as it really should work is get the contract right, and then start talking about the candidate.

Correct me,please. The beverage cart and the snack shack are included but beverages inthe restaurant are not? There is a cap of $60K?
Why?

The best thing that OHPA can do is approve the contract, and get out of the way. If reports are accurate, this is an established foodservice group with a long history of success. Why members of the OHPA would be demanding to be part of the GM hiring process is just more the same involvement by some who clearly have shown their lack of experience.

Is this a joke? The “experts” on the authority are now in the restaurant business? Instead of just getting a tenant and collecting the rental income and staying out of the restaurant owners business they are trying to reinvent the wheel. They had a perfectly good tenant running the operations a few different times and ran all of them out because they didn’t like how they operated. WHO CARES IF THEY DON’T OFFER CHEAP FOOD AS LONG AS THEY PAY THE RENT!!! Maybe the authority should concentrate on trying to run the golf course correctly instead of letting all the out of towners get premium tee times and play at discounted rates with that ridiculous membership they are offering which by the way, each one of the rounds played under these memberships for some reason does not factor into the per round payback on the loan to the taxpayers.

The last tenant was willing to do all upgrades to the restaurant (including a sit down bar) at his expense. Is this tenant willing to do the same?

There lies the problem Jim Perkins. Except for the very first restauranteur none of the subsequent establishments could pay the rent needed to cover the cost of the building.

@Bil you should checkyour facts…you will see the first tenant and the next tenant after him payed plenty of rent. Even the ones prior to the last, that were evicted for no reason other then that the authority didn’t like that they had too many parties paid plenty of rent. But as usual the Authority didn’t like the way they operated instead of just shutting up and collecting the rent so they kicked them out. I won’t even get into the BRILLIANT idea of making the restaurant smaller, making it less attractive to tenants and substantial less rent which could be obtained, to move the pro shop “welcome center” into the building instead of leaving it where it was.

Jim, if you only knew what you were talking about. I am the former chairman of the authority and I know a lot more of went on behind the scenes with all of the previous tenants than you ever will.
I wish Dry Dock well. They are good guys.