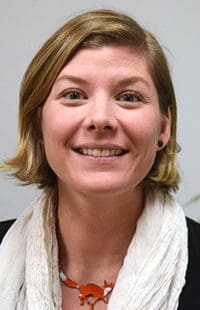 At 7 p.m. Thursday, the Planning Committee of the Common Council will be holding a public hearing on an economic development tool that is often misunderstood: Enterprise Zones. Norwalk is one of 17 communities in Connecticut that offer an Enterprise Zone Program, and locally, it encompasses the South Norwalk neighborhood. We have proposed expanding the Enterprise Zone (EZ) to include the Wall Street and West Avenue neighborhood.

The goal of an EZ is to encourage development in deprived neighborhoods through tax and regulatory relief. For an area to be eligible for this designation, it must meet at least one of the following criteria:

We chose the Wall Street/West Avenue area because it meets two of the three criteria, and at 24.2 percent of individuals below the poverty level, it is very close to meeting all three. An EZ helps attract investment and fuel growth in a stagnant area with little risk to the existing tax base.

Myth: The City loses all tax revenue for the property.

Fact: Since 2007, four projects have received an EZ abatement. By using this tool as a catalyst, for every $1 million in tax abatements associated to these projects, the City receives $4 million in incremental tax revenue.

Myth: A preferential approach is used to provide tax abatement.

Fact: The EZ Program is an as-of-right incentive, which applies to all development investments that meet the program criteria.

Myth: Enterprise Zones are forever, even after substantial investments occur.

Fact: A sunset clause is possible to cap the number of years the tax abatement can be offered, thus allowing the tool to spur growth for a period, but not locking a community into an open-ended tax abatement program.

Expanding the EZ is just one approach to economic development to support the Plan of Conservation and Development (POCD) that was adopted last December. As a reminder, the POCD incorporated over two years of local engagement and feedback. During that process, the community identified the need for the City to retain, grow, and attract a wide-range of businesses to increase Norwalk’s competitiveness and expand development to grow the Grand List. The POCD is our roadmap for the next 10 years.

In addition to the EZ proposal, we have been developing programs and policies, in coordination with other departments, organizations, and stakeholders, for implementation to achieve the goals, strategies, and actions in the POCD. As part of the Fiscal Year (FY) 2019-2020 budget, the City launched the Small Business and Main Street Program, focused on supporting local businesses and enhancing the quality of life across Norwalk. The Program includes a Storefront Improvement Initiative that provides matching grants up to $10,000 to help fund seating, signage, lighting, windows, and more. Since September, we’ve been in contact with more than 175 businesses that are looking to expand, relocate, or enter into the Norwalk market.

Another element of the Program is our local marketing campaign effort called Norwalk Now. In September 2019, we revamped the business model and now include promotions for all Norwalk neighborhoods, businesses, organizations, arts and cultural offerings, and amenities, for free. More than 150 new businesses have come on board – over a 75 percent increase.

We are now looking ahead at the FY 2020-21 budget and plan to continue the Small Business and Main Street Program, create a set of new marketing tools specifically for economic development and tourism, and explore the expansion of existing initiatives used elsewhere in Norwalk. Throughout the remainder of FY20 and into FY21, our team will continue to explore, develop, and implement economic and community development tools in collaboration and with the support of area stakeholders. This will help us achieve the goals and objectives identified by the community in the POCD and will also support further vibrancy and diversity across our neighborhoods.

Lie: These projects never put burdens on the school system and there will be no impact on traffic.

Fact: Look for yourself.

I guess now I know why my commercial property taxes went up 150% in one year on a 50 year old building with no improvements. I and my neighbors are providing welfare for preferred developers to fleece Norwalk.