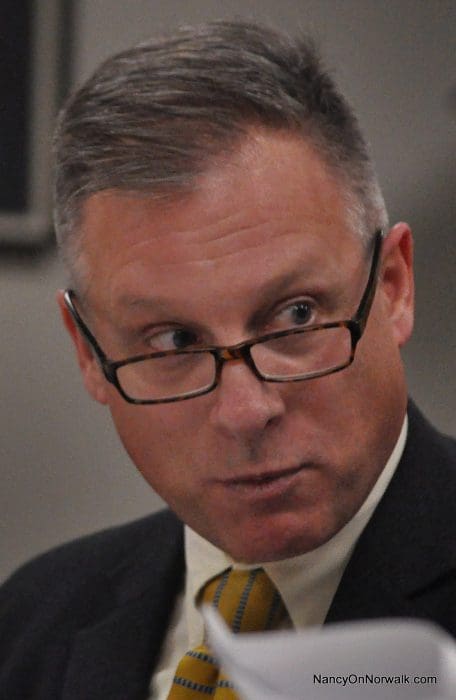 Under the strategies outlined in the Board of Education’s Strategic Operating Plan, State of Connecticut data shows that Norwalk Public Schools has been successfully closing the achievement gap and raising the bar on student achievement.

With an increase of 56 points, Norwalk’s growth in the 2016-17 Connecticut Next Generation Accountability Report exceeded that of the state overall, and also represented the highest gain of any of the state’s 21 cities. Norwalk was at the top of its District Reference Group (DRG) for the first time, ahead of Stamford and other districts similar to ours. Remarkably, our growth puts us only percentage points away from some high-performing neighboring districts. And those are just a few of the highlights.

The Board of Education’s recommended operating budget was designed to fund the next steps in the Strategic Operating Plan, so that this momentum can continue.  Unfortunately, we are facing a gap between what the City’s Finance Director has recommended for the 2018-19 school district budget, and the amount that the Board of Education has requested.  I believe that Norwalk’s Board of Estimate and Taxation (BET) has an opportunity to bridge some of that gap.

Like the elected members of the Board of Ed, members of the BET are volunteers who serve without compensation and who devote untold hours to making Norwalk a better place.  The BET has the responsibility to balance the needs of the school system with the needs of city departments, and of course, the ability of taxpayers to pay. It is a difficult job.

Historically, the City has employed conservative budget assumptions and practices in crafting the budget.  The use of these conservative practices is unquestionably a good thing.  It has allowed Norwalk to maintain its status as the healthiest large city in Connecticut from a financial standpoint.  Norwalk’s strong financial position is the envy of the State, and the BET is the body primarily responsible for this position.

What are some of those conservative budget practices?

Using conservative budget assumptions is wise — up to a point.  Over the past 10 years, because of these conservative assumptions, the City has routinely outperformed its budget, frequently by a wide margin. The City’s audit reports reveal that the last time the City actually had a drawdown of any significance from the fund balance was in2008-09, at the height of the fiscal crisis. Since then, despite adopted budgets that called for a drawdown of the fund balance, the City’s actual financial results of operation show that the unassigned fund balance has simply grown larger each year.

The table below highlights the financial outperformance since fiscal year 2012-13.

With a $51.3 million fund balance, the Board of Estimate and Taxation can responsibly dispense with budgeting a separate $1.4 million unallocated contingency in the 2018-19 budget. The favorable operating results over the last 10 years have left the City with an ample reserve with which to cover any unanticipated expenses that may arise.

Reducing or eliminating the $1.4 million unallocated contingency, so that these funds can be re-directed to help close the Board of Education budget gap, does not represent a direct drawdown of the fund balance.  It merely represents employing a slightly less conservative set of budget assumptions, intended to mitigate the City’s history of outperforming its budget assumptions.

But given the City’s excellent financial position, this is a reasonable and financially responsible way forward, if the Board of Estimate and Taxation is supportive of trying to bridge some of the Board of Education’s budget gap.

Solid arguments from Norwalk’s former Finance Director, the man who got us to where we are now.

Great letter Tom and thank you. Unfortunately Norwalk has done nothing strategic in the 26 years I have lived here. The BoE now has done that. Unfortunately your successor at City Hall does not realize that a top notch school system means higher property values and a higher tax base.

Sound fiscal practice. But there is another view point.

The increase in fund balance is money collected but not spent. Over the past 5 years the city collected $4,700 from me they didn’t need , and did not spend.

I think I can find plenary of uses for my money, other than it looking pretty in the Dixie’s accounts.