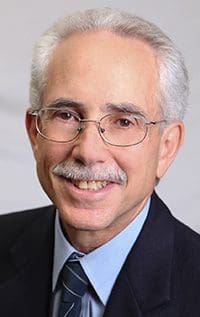 I wholeheartedly agree with The Hour’s recent editorial on “no excuse” absentee voting for the June 2 presidential primary. We need to guarantee that voters remain safe during what has become an international health crisis. And the best way to do that is for Governor Lamont to use his emergency powers to implement “no excuse” absentee voting, which would allow any voter to vote by mail. Secretary of State Denise Merrill has already called for the governor to make this move.

Fortunately, we now have an opportunity to not only expand the voter rolls by roughly 245,000 in Connecticut alone, but also increase the accuracy of voter lists, enhance the security of elections, and possibly save around $3.54 in labor costs per registration.

There is a bill in Hartford, S.B. No. 233: An Act Concerning Elections, which would establish automatic voter registration (AVR) in the state. At least 19 states and the District of Columbia have authorized automatic voter registration and the list is growing. The U.S. Election Assistance Commission has noted that Oregon added 375,000 new voters to its rolls in just 18 months after implementation of AVR. And in Vermont, registration increased by 12,300 in the first six months after the law was enacted.

Norwalk residents have probably heard or read about the low turnout levels in our local, state and national elections. It’s something we may even take for granted. But consider this: There are almost 50,000 active registered voters in the city, even though the city’s old-enough-to-vote population is above 70,000. Of course, there are a variety of reasons as to why folks don’t register. Of course, we can debate the merits of those reasons. But any opportunity to increase the voter rolls is an opportunity to expand the democratic process and should not be missed.

AVR is an expansion of what’s often called motor voter registration, which grew out of the National Voter Registration Act of 1993. The current law provides residents the opportunity to register (to opt-in and choose a party) when applying for or renewing a driver’s license. AVR would require every eligible resident who interacts with certain state agencies to register. These agencies include the DMV, the Department of Social Services, Access Health Ct. & Medicaid, UCONN, and other state campuses.

Unlike our motor voter system, AVR is an opt-out system. Passage of S.B. No. 233 would transform our opt-in system to an opt-out system, while providing automatic registration updates, such as address changes, each time a resident interacts with a state agency.

This last point is important. I was an elected official in Norwalk for 20 years, and I spent election day around polls talking to voters in parking lots. I often found myself in discussions with voters who complained that the registrar had inaccurate information. Addresses and contact information seemed to comprise most of the problems. AVR, in Oregon alone, updated 265,000 incorrect addresses. Voter security and the integrity of elections would also increase with AVR, as Connecticut would become part of other state and federal databases, making it easier to identify and possibly remove ineligible voters from the lists.

Holding elections is not cheap. Each year, part of Norwalk’s operating budget is devoted to the office of the registrar of voters. I recall occasions when our city’s two registrars asked city officials for additional funds for primaries, to deal with larger-than-expected turnouts, to update voter lists, etc. Any system, such AVR, that can reduce the amount of labor-intensive data entry will save taxpayers money. As indicated above, on average it appears that full implementation of AVR saves about $3.54 in labor costs per registration.

It should be noted that AVR would streamline same-day registration because fewer people would need to use it. The number of time-consuming phone calls to other municipalities would diminish drastically under the new system.

A major expansion of the voter rolls. Increased accuracy and election security. Taxpayer savings. A quicker and smoother experience for voters. That’s a lot of good stuff for a single piece of legislation. I certainly hope candidates in the upcoming state elections pledge to support and work hard for this important piece of legislation.

But for now, we need to move quickly to implement “no excuse” absentee voting for the coming primaries.

If we allow mail voting, all that will happen is “ballot harvesting” by Democrat operatives and massive fraud to ensure no matter what that the Democrats get back in the white house. that is the ONLY outcome of voting by mail. theres no need for it. VOTER ID NOW. track everyone to ensure they vote once and only once

I have concern that somehow the Republicans will do something illegal to get in office, just like Trump did.

@.bruce- if you can guarantee that some won’t harvest ballots- and no votes are made by illegal immigrants – I’m all in

Leslie McRae Dowless. Remember him. Most prominent election fraud scandal of the past few years. He was a Republican. The GOP loves to make this a concern but never do anything about it except complain and blame immigrants.

Bruce, how about online voting? It is 2020. I can manage my bank account online securely but not vote online. What a joke. The best way to increase turnout is required voting and make it a day off nationally or statewide at least. Updated information just helps those who were going to vote anyway probably. We need to bring out the ones who don’t vote at all for various reasons.

no.no.no yes to voter i.d. and never mail voting,it would be a disaster for the country and could not be properly controlled for fraud

If we can have a police officer standing around checking his iphone while watching guys dig a ditch, can’t we be more creative on how to handle tamper free voting? How about setting up a queue process as airports do and keep social distancing. Only allow an appropriate number of folks in at a time. It’s not that hard.

I have often used absentee ballots (mail in ballots for those unfamiliar with the expression) over the years. I don’t see any real problem. The USPS can be trusted to deliver the ballots. Hopefully the government officials do an honest job counting them. Also, a secure online voting option makes sense. Let’s step into the 21st century.

Vote by mail is successfully done in Republican Utah, among other places. Yes, we need vote by mail. Republicans fear it because they basically just want to limit voting; they fear the younger and more multicultural voters.
And some comments on this thread are anti-immigrant and racist. (People forget that their own grandparents were probably immigrants).