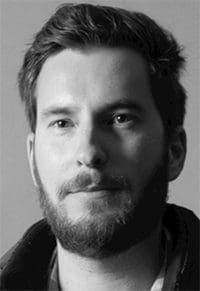 Matthew Chudoba is a strategic communications professional with over six years of agency and internal experience. He is currently is an Account Director at a Norwalk-based communications firm, where he is on the company’s real estate team. This op ed was originally published on CTMirror.org.

I applaud Gov. Ned Lamont for being bold in putting forth his $21 billion transportation plan to upgrade Connecticut’s infrastructure. Is it perfect? No, but it’s very much realistic, and something as comprehensive as this is long overdue.

Now that we know what it entails, it’s imperative that the Lamont administration doesn’t make the same mistakes of the past, namely, sabotaging its chances of moving this plan forward because of an incoherent communications strategy.

There is no doubt Lamont will face tons of backlash from the right and some in his own party because this plan relies on revenue from tolls to repay the low-interest federal loans that would be used to fund each repair project. After all, this is bound to happen when you propose the addition of a user fee.

This time around, Lamont should see it coming and be in a much stronger position to control the narrative. He needs to own this plan, defend it, promote it and stick by it no matter how much flak he receives from the “never-tollers.” His communications team should have already anticipated the expected vitriol that will be spewed in his direction and prepared him accordingly with irrefutable proof points that weaken the opposition’s argument.

First and foremost, Connecticut is a pass-through state connecting New York City to Boston. We should be monetizing this strategic advantage by charging out-of-staters a fee to use our transportation network. Tolls are the only realistic way to help modernize our transportation system with funding from non-Connecticut residents. This is a message that the Lamont administration should be pushing every chance it gets.

Second, no one can refute the benefits of the I-84 widening project in Waterbury and the positive effects it has had on reducing bottlenecks and traffic during rush hour. Most importantly, it was completed a year ahead of schedule and on budget, so it’s in the administration’s best interest to tout the success of this project when confronted with concerns about cost overruns and moving timelines.

Third, a transportation plan this large in scale will have a tremendous positive impact on the Connecticut economy. In addition to bringing about thousands of construction jobs, commuters will get to-and-from their destinations more quickly. As a result, commuters in Fairfield County might be more willing to travel to the XL Center on a weeknight to cheer on UConn, while those in-and-around Hartford would give less pause to using Route 9 to visit Mohegan Sun or Foxwoods.

In a divided state like Connecticut, there’s no doubt the Lamont administration has its work cut out for it. Obtaining the necessary votes certainly won’t be easy. That said, the quickest way for the governor to derail his transportation plan altogether is to once again let the dissenters get the best of him. If that happens, any chance of fixing the issues that clog our roadways will be left to the next administration.

I have no doubt that the governor is sincere in his vision to improve Connecticut’s transportation network. This plan proves that. Where I remain skeptical of him, however, is his ability to sell it with conviction. Here’s hoping the reshuffling of his communications team will help in this regard.

Matt: I applaud your enthusiasm. However, you are forgetting one minor point. The State Transportation fund has been raided directly or indirectly to the tune of $ 1.50 BILLION Dollars over the past 10 years. Don’t you find it amusing that Lamont pulled $ 175 Million away from STF this year, but wanted $ 100 Million from Bonding to go towards STF this year? If you don’t follow this stuff closely, you might not believe it. BUT, it’s true. The REAL reason for tolling (and bridges will only be the beginning) is Democrats are running out of creative ways to balance the budget on revenue side. The Hospital Tax Settlement (probably about $ 1.6 BILLION) is proof of that. Malloy and Ben Barnes were using Hospital Tax Magic to balance budgets during their reign. Taxpayers should read up on that. It truly is something right out of Bernie Madoff playbook. The fact that our elected leaders allowed that to happen is a disgrace. I would love to hear Bob Duff and Co. explain that one. So, we now find ourselves in a financial box with little wiggle room. We can adjust revenue side (tolls, taxes, etc.) Or we can adjust on the cost side (state cutbacks) — IF anyone truly believes tolls will be limited, they haven’t followed CT politics. For those believers I have swamp land in Florida I’d like to sell. FOR ONCE, I would like elected officials to be truthful with us. Is that too much to ask? Stand up and tell us the truth. Hartford needs tolls to balance the General Fund because spending has not been disciplined over the years. AND LASTLY, how can we take any of this seriously when the last two State Comptrollers don’t have a resume that would get them hired as a staff accountant at a small business. (Look it up) You can’t make this stuff up.

I’m totally fine with tolls returning to Connecticut. When I drive from Norwalk to Philadelphia, I pay $54 in tolls to New York, New Jersy, and Pennsylvania. Why is my state the patsy?

In addition I am still disturbed by paying a VAT on my cars every year. Having recently moved from another state, I wonder where these funds go as they are collected from every car owner in the state. On top of this they want me to pay tolls.

@Sam — Funny you bring that up. Some of those fund have been diverted away from original intent. Some of State Park funds were diverted elsewhere. It’s incredibly sad.

Hitting $60 of interstate tolls once or twice a year is no comparison to living with tolls everyday going back
and forth to work.

And Mr. ONeill is right. Our state politicians have been stealing our gas tax money for decades and Lamont is a hypocrite for steering another $175 million away from the account.

By the way, over 100,000 illegal foreign drivers and the winter spraying of magnesium chloride doesn’t help the state of our roads and bridges either. We have dangerous leadership, if you ask me.

Thanks for reading and for commenting. I have another byline going out soon that talks about some of those issues you talk about.