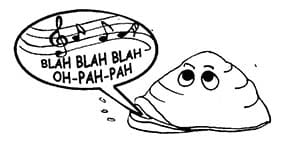 The sound of a marching band is influenced by the OH-PAH-PAHs of big brass tubas. However, OH-PAH-PAHs have now become the buzz word for pollutants that influence the Sound of Long Island.

OH-PAH-PAHs represent the persistent class of toxic chemicals that coat our highways and, through storm water runoff, wash into our Harbors. Due to the daily volume of traffic over Interstate-95’s Yankee Doodle Bridge, this stretch of roadway represents the major contributor of these contaminants in Norwalk Harbor. Hydroxylated polycyclic aromatic hydrocarbons (OH­ PAHs) and polycyclic aromatic hydrocarbons (PAHs) are pollutants generated mainly from vehicle emissions, smoke and soot from combustion engines, and material left behind by vehicle tires. OH-PAH-PAHs bind readily to dust and dirt particles that get picked up by rainwater as it pours across the stretch of I-95 between Exits 14 and 16. The rainwater mixture over this impervious surface flows either from storm drains or directly into Norwalk Harbor.

OH-PAH-PAHs are major concerns in the environment and cause health issues which we need to understand. The impact of these toxins extends to plants, marine organisms, birds, and animals.  Of considerable importance is the ability of OH-PAH-PAHs to rapidly degrade within the aquatic environment. Usually, “degradation” refers to a decomposition of these chemicals to less toxic substances. However, the Environment Protection Agency has shown that the degradation of OH­PAH-PAHs by ultraviolet (UV) radiation from the sun greatly enhances their toxicity. The mortality of marine organisms from OH-PAH-PAHs is strongly related to the extent of UV-A (320-400 nm) exposure.

Shellfish are at particular risk for the phototoxic effects of these contaminants because of their accumulation within the sediment. Once OH­ PAH-PAHs are incorporated into sediments they are somewhat immobile because of their highly fat-soluble nature that limits them from dissolving completely in water. High temperatures coupled with solar radiation accelerate OH-PAH-PAHs photodegradation which explains the seasonal cycle of their toxicity particular  during summer months. Juvenile clams (.5-2 mm) when exposed when exposed to UV-treated OH-PAH-PAHs for 96 hours either lose their ability to rebury in control sediment or exhibit a reduced capacity to do so.

Short-term health effects of OH-­PAH-PAHs on humans depend mainly on the length and route of exposure and the amount to which one is exposed. Occupational exposures to high levels of OH-PAH-PAHs have resulted in symptoms such as eye irritation, nausea, vomiting, diarrhea and confusion. Mixtures of OH-PAH-PAHs on skin cause marked irritation and inflammation. Long-term health effects of OH-PAH-PAHs are more problematic and include decreased immune function, cataracts, kidney and liver damage, and lung abnormalities (asthma-like symptoms). Chronic exposures to these hydrocarbons can also cause fetal mutations, developmental malformations, and tumors. Of particular concern regarding cancers is that solar modifications of OH-PAH-PAHs cause them to have steroid hormone (estrogenic)-like properties and thus can influence hormone-sensitive pathways in urinary bladder, colon, breast and prostate tissue.

UV radiation also enhances toxicity of OH­ PAH-PAHs to algal species by greatly decreasing their growth.  The irony of these effects on algal blooms and the trend toward less turbid water and greater penetration of UV light to river and lake bottoms is that this can lead to greater phototoxicity from sediment­bound OH-PAH-PAHs.

In closing, with rehabilitation of the Yankee Doodle Bridge currently underway, we have an excellent opportunity to eliminate these pollutions from Norwalk Harbor. The Norwalk Harbor Management Commission looks forward to measures that the Department of Transportation (DOT) will take to prevent stormwater discharge directly into the Norwalk River and to minimize OH-PAH-PAH contamination of Norwalk Harbor. Guidance and the authority vested in the Department of Energy and Environmental Protection (DEEP) will be required to assist in these matters. Most importantly, our state legislators need to assure that the DOT complies with best management practices to control pollution into Long Island Sound. Use of stormwater control systems over the Yankee Doodle Bridge would not only benefit Norwalk Harbor, but would be applicable to other highway bridges crossing Connecticut’s coastal waterways.

Thank you John for bringing this to the table , Norwalk has had many many issues over the years that have been seriously ignored . The recent Day st contamination plume has made its way to the outfall at total marine, many city officials have been quietly working on this.

From a failed sponge program in storm drains to lack of monitoring outfalls and to our politicians grabbing headlines for poorly laid out plans. The sponges were never a good option it simply spent DC money and gained political momentum at electiion time.

We know we have a PCB generating plume at Ryan park yet the Redevelopment officials ignored the information the night it was told contamination exists above the site, Stantec and others agreed nothing they were going to do its a city problem.

Now for the sources contamination in the river the State has done extensive collection and testing in the river including Shorefront parks beach.

Then using EPA documents when the state took back Oyster shell park there were indications then there was problems but ignored by the state and by the city ,politicians simply didn’t want to read any of the data’

I leave you with this thought an unchecked release point for years exits in Oyster shell park , the state has taken the time to finger print ID those suspected sites leaking contaminants including Vets Park .

There is this one section that does detail not the amount or the problems but the suggestion to test and maintain a hazardous waste landfill never cleaned up but poorly capped. Oyster shell park .It shows history and then what may be a problem and had to be monitored.

>>
>> The Norwalk Landfill (landfill) property is located along Cresent Street in Norwalk, Fairfield, Connecticut. Local tax assessment information is unknown. The 15-acre property is currently owned by the Town of Norwalk and an active transfer station is located on the property. The City of Norwalk is proceeding with permanent closure of the landfill and development of a municipal park on the property. The property is bordered to the north by Interstate-95 (I-95), to the west by a tidal channel and railroad right-of-way, and to the south and east by the Norwalk River.
>>
>> Prior to development, the property was a tidal marshland. An incinerator was built on the property in 1895. Aerial photographs indicate that by the 1940s most of the marshland was covered with ash. After construction of I-95 in the late 1950s, landfilling continued to the south of the highway. Reportedly, the incinerator ceased operating in the early 1970s, and since that time, the majority of landfill material consisted of bulky waste. The Connecticut Department of Environmental Protection (CT DEP) inspected the property in the early 1970s and found the landfill to be lacking in operating and closure requirements. The landfill was closed in 1979. In 1987, the property was included in the CT DEP’s Inventory of Hazardous Waste Sites as the property was identified as having the potential to contain hazardous wastes. Approximately 21,000 gallons of leachate per day are generated and may be fluxing in the Norwalk River; however, there is no observable impact on the river from the landfill. Results of a soil-gas survey indicate there are limited areas along the edge of the landfill where combustible gases have accumulated; however, the gas does not appear to be migrating off the property. Previous Investigations into the property include a Preliminary Assessment (PA) completed in 1989 and a Site Inspection (SI) completed in 1992.( no test resluts since capping leaves a question is it safe today?)

This was to be looked at and maintained , the state has taken samples all along the river and have been for over a year get those results see what has been done and see if there is any smoking gun.

Your work on the commission is valuable , seems our politicians have forgot who they work for. If test results by total marine out fall or the landfill or vets park need addressing then the city should do just that.

We hear about bike paths and other great ideas bringing the public closer to these unchecked hazardous waste sites .Lets not be ignorant and follow those who could care less keeping a clean environment responding by pushing an agenda based on convenience and grants.

Some water st parcels have manifold collection systems where the water table is only one feet below surface .Same area that floods the bike path is on how nice drive thru a puddle of unknown and call it progress.

God luck with your fight John once you can get the city on board maybe you will get the info on some shelf hidden from the public.

So far I have seen little respect given to the commission in any city hall meeting when it comes to zoning or permits for contractors yards along village creek and other areas in the city that could use your expertise.

Thank you @John Pinto of the Norwalk Harbor Management Commission, and thanks to @Rick for supplying additional relevant information regarding pollutants emanating from Day Street and present at Ryan and Oyster Shell parks. You are two voices crying in the wilderness. But this being a local election year, I hope that the voters are listening and that they will demand accountability from their elected officials and their political appointees.

Repairs to the Yankee Doodle Bridge should absolutely include storm water runoff mitigation. The POCD currently in development (Master Plan) must address hazardous waste problems, especially in areas slated for increased public use, such as parks and bike lanes.

Where does the Harbor Commissions Water Quality Committee stand on this issue?