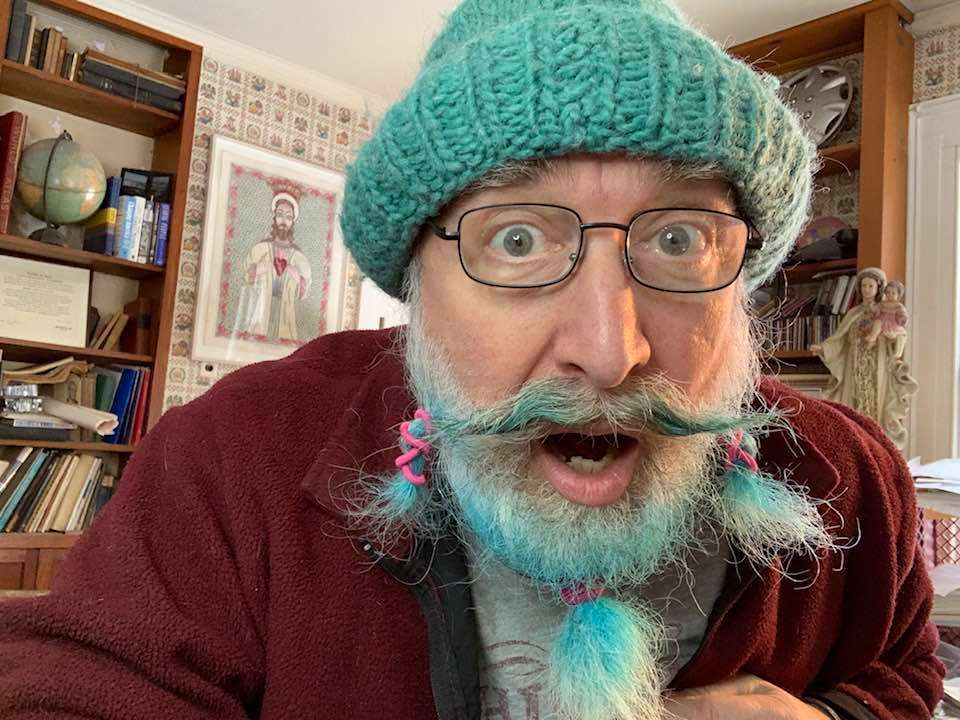 Huh? A year ago I seriously was hoping, even expecting, that the pandemic would be over by now.  I even predicted that Norwalk would celebrate its end. (See here.)   Well, that didn’t happen.  The predictions business is not an easy one.  Indeed, my success rate with the 2021 Predictions was pretty bad – I can claim only two clean wins from last year:

#1: This sign now hangs from a home on Rowayton Avenue:

That makes for 20% – pretty bad, especially compared to my 40% ‘win’ rate in each of the two prior years.

I’m thinking you go 7 for 10 in 2022….I hope you’re wrong on number 8. Mayor Rilling has failed the people of West Norwalk with his promises 7 years ago of modifying Zoning Regs. I like Harry but he should be fired for that faux political promise.

“Forecasting is hard work especially if it involves the future”. Editor Nancy is on “safe ground”. Not much change underway either in Norwalk or in CT itself. That’s been true for our CT’s economy and population stagnant for a decade. With CT’s 3.5 million population spread across 169 towns and cities – unique in America – we’re destined as as a high cost State. So far not much interest in revitalizing our 3 large depressed cities with 10% resides. Some old timers remember when these “arsenals of democracy” were among the nation’s most admired cities.

But over in New York City there’s plenty of excitement with Mayor elect Eric Adams bringing high hopes of reversing NYC’s economic slide and population outflow. With the Gold Coast providing about 40% of CT’s tax revenues we have a vested interest in a healthy and vibrant NYC.

While its easy to sing the Covid blues for 2022 we are blessed in CT with world class hospitals/medical school, an extraordinary array for first class private schools/ colleges/universities, low crime rates and an extraordinary array of beautiful natural surroundings. For the wealthy CT remains one of the nation’s elite addresses.

Looking back over 3 or 4 decades its surprising how CT has remained unchanged. The modern hi-tech revolution which needs vibrant cities for nurturing has largely passed us by. Our major cities remain depressed. And our children continue to exit upon graduation seeking better opportunities elsewhere. CT remains a stable island in an oft tumultuous world. For old timers that’s pretty nice.

Thanks for the prognostications!

11. John Levin adopts a new style of a cropped goatee by Spring to show off his handsome face!

As an old timer going back 4 decades paying close attention to City affairs I’d put put Mayor Rilling at the top of the class. In reality a City Mayor is a demanding job and not the political plumb its oft made out to be. In contrast to some of our former leaders the Mayor doesn’t pick up the phone to express his misgivings and does not talk unkindly about others when they’re not present. Of course everyone of us has our own special list of deeds not done and deeds improperly executed. The Mayor’s appointment of our Finance head is the best we’ve had in many decades. Arguably that’s thee pivotal appointment. At day’s end City Hall usually doesn’t make news. Unlike our BOE that oft seems a never ending source of concern to those wanting our kids well prepared to pursue the American Dream.

@ Piberman..Agreed on Henry Dachowitz. I hope Henry keeps his independence. That being said, Harry made it very clear after Fillow Street debacle that those zoning regulations would be tightened. That didn’t happen and I think it’s fair to know why. If someone dropped the ball I’d like to know who.