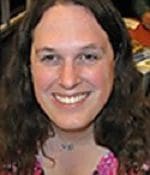 Susan Bigelow is an award-winning columnist and the founder of CTLocalPolitics. She lives in Enfield with her wife and their cats.

Back in 2011 we had an opportunity to redraw our state’s congressional and legislative districts in a way that actually made sense. We blew it.

Our system is partly to blame. The state constitution says that a panel of eight legislators, including the leaders of both parties in each chamber, are supposed to come up with the maps. These maps then go to the legislature for approval. However, if the committee can’t agree, a ninth member of the redistricting committee is selected to break ties. If that fails, then the courts will appoint a “special master” to do it for them.

The idea is that both parties will be equally represented, and therefore will be forced to draw fair districts. There are even procedures in place to ensure they can’t drag their feet. Sounds good, in theory.

Excellent point, though the News Junkie article doesn’t mention Norwalk. Norwalk has 5 state reps, but only 2 of them serve districts wholly within Norwalk. So, 3 out of 5 are beholden to constituents in Darien, New Canaan, Wilton and Westport. Those 3 legislators are unlikely to do what’s best for Norwalk on issues that affect Norwalk differently from the surrounding affluent suburbs.
If CT had either a nonpartisan citizen commission (like CA has) or a computer system based solely on population (like IA has), it would be a great improvement. The question is, can CT voters exert enough pressure on our legislators to make this happen before the next redistricting? Doing so will be tough, given that many legislators are pretty happy with the current system of protecting incumbents by trading “safe” districts.
To make the change, we have to amend the state Constitution, which (as we know from the amendment that failed this November) is not easy to do. Two successive legislatures have to approve an amendment, and then voters get to vote on it. Voters are not going to approve it if they don’t know about it or if they don’t understand the meaning of the language and its implications.

Norwalk does not have sufficient population to get four whole legislative districts. The most we could get is three, as we had before the 2011 redistricting. Today, the 137th and 140th legislative districts are wholly within Norwalk.
The 141st is mostly in Darien, plus Rowayton. The 143rd includes parts of Wilton, Westport and Norwalk. The representatives from these districts live in Darien and Wilton respectively.
The 142nd is mostly in Norwalk, with a small part of New Canaan. The newly elected representative from this district lives in Norwalk, and, if he were ever replaced, it is highly likely that the replacement would also come from Norwalk. There is no reason to assume that he, or any future representative, would favor New Canaan over Norwalk.
There is also no reason to assume that a computer driven redistricting or a non-partisan redistricting would give Norwalk more legislative influence. Any map, no matter how it is drawn, has to start at the Greenwich end of the Connecticut panhandle and create equal sized districts. When Norwalk’s border is reached, some part of Norwalk will end up a district with Darien because that is how the population numbers work out. Another part of Norwalk will end up in a district with Westport or Wilton or both because, again, that is how the population numbers work out.
Furthermore, geographic compactness is not the only factor that matters in drawing district lines. Town borders are also a factor, as are demographics and population density.
I’d like to see the districts drawn with polling places in mind. Some of the current district lines run very close to the schools we use for polling places, which means, for example, that voters living across the street from Kendall School don’t vote there because they are in a different legislative district from the school. A computer-drawn map might create a voting district in Norwalk with no suitable polling place, or where the only suitable place would require expensive handicap access repairs.