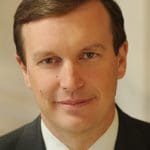 This op ed was originally published on BuzzFeed.

It is right for the American political class to be focused on the July 25 call between President Donald Trump and Ukrainian President Volodymyr Zelensky, and the broader campaign by the president’s administration to subordinate the foreign policy of the United States to his reelection campaign. But our leap into an impeachment inquiry is surrounded by important context that the heat of the moment threatens to sweep under the rug.

Today, as our country becomes consumed by the way Trump has corrupted the US–Ukraine relationship, it’s vital to stop and consider why Ukraine matters so much to the US, and why Trump’s purposeful abandonment of Ukraine has been so damaging to our own national security interests.

In 2013, I was a brand-new senator from Connecticut when Sen. John McCain approached me to ask if I wanted to travel with him to Ukraine. There was a popular protest movement brewing that sought closer relations with the West and an end to the endemic corruption that had plagued Ukraine since gaining independence from the Soviet Union. McCain argued this was the moment for a strong message of bipartisan support from the US. While we were decades apart in age, McCain and I shared a passionate belief that the US has a moral responsibility and national security interest in supporting democratic movements and opposing corruption abroad. Vladimir Putin had worked hard to keep Ukraine under his thumb, but now people were demanding a real democracy and a chance to break away from Russia’s grip.

When we arrived in Ukraine, we told the crowd of over 200,000 people at Kyiv’s Maidan central public square that we stood with them in their demand for an end to the Russian-orchestrated corruption that had hobbled their country and allowed Putin to control its political destiny.

But it quickly became clear that Putin wasn’t going to let Ukraine go without a fight. The protesters were successful in removing the Putin-aligned government from power; but, in 2014, Russia invaded Crimea and then eastern Ukraine with a goal of weakening Ukraine to the point that it would be forced to realign itself with Russia.

This was a critical moment. A G8 member country had invaded another sovereign nation, all because that country wanted a future with Europe and the US. Then-president Barack Obama knew that this act of naked aggression could not stand, and with bipartisan congressional support his administration mounted a coordinated response to halt Russia’s advance before Ukraine fell back into Putin’s orbit. Obama set up a multibillion-dollar fund to expand the presence of the North Atlantic Treaty Organization (NATO) in Eastern Europe, sent military equipment and US forces to Ukraine to train its troops, provided loan guarantees to prop up the Ukrainian economy, and rallied the world to impose crushing sanctions on Russia for its moves in Ukraine.

In many ways, the election of Zelensky was the result of the US’s unprecedented, bipartisan campaign of support for Ukraine. Parts of Ukraine are still occupied by Russia, but the economy is stable and elections are free. Russia had hoped to be able to cripple Ukraine so badly, and penetrate its political system so comprehensively, that Ukrainians would just give up and elect a president who would link Ukraine back up with Russia. What it got in Zelensky was its worst nightmare: a passionate pro-Europe, pro-US reformer who sees Ukraine’s future with the West.

But Trump was willing to throw away all this progress and abandon Ukraine to the Russian vultures who circle its perimeter, just to score a few points against his political rivals.

The U.S. is now consumed with a developing scandal over the corrupt requests Trump made of Zelensky to help destroy the Bidens and Clintons. But that is just the tip of the iceberg — since the beginning of his term, Trump has engaged in a systematic campaign to weaken Ukraine and destroy the ties that bind our two countries together. This is the missing context for the current impeachment debate.

First, it’s been clear to everyone in Ukraine that Trump cares little about the country’s survival. As soon as the Obama administration left town, high-level visits and contacts from the US government to Ukraine began to dry up. Ukrainian political and civic leaders would beg me to pry more support and contact from the Trump administration. At one point, I was able to catch Vice President Mike Pence’s ear for a few moments on the topic, and I asked him to reprise the role Vice President Joe Biden played in acting as the US intermediary to Ukraine. I never understood why he didn’t seize the opportunity to help midwife Ukraine’s nascent democracy. Now we know that Trump went so far as to order Pence not to attend Ukraine’s presidential inauguration — depriving the country of an important and symbolic show of support from the US.

Trump’s incredible softness on Russia also sent a chilling message to Ukraine. In particular, his refusal to do anything about Russian interference in the 2016 election sent a clear message to the Kremlin that there would be no consequences if it continued its electoral interference campaigns, particularly in Ukraine. And Trump resisted many other efforts to help Ukraine fight off Russian aggression. For instance, when Congress established a new center at the State Department to combat Russian propaganda (a bill that I wrote with Republican Rob Portman), Trump refused to support it for over a year, despite bipartisan pleas.

Then along came Rudy Giuliani, and things really started to unravel. The removal of Marie Yovanovitch, the US ambassador to Ukraine, was a major blow. Yovanovitch was a Ukraine expert who was laser-focused on rooting out corruption. But she apparently was getting in the way of Giuliani’s efforts to turn Ukraine into a satellite office of Trump’s reelection campaign. At Giuliani’s recommendation, Trump jettisoned her. It was a clear sign that US policy in Ukraine would no longer be guided by what was in Ukraine’s or even the US’s best interests, but rather by what served Trump’s personal interests. Today, there is still no ambassador to Ukraine, and the position of assistant secretary for Europe is also vacant. We do not have a single Senate-confirmed representative to Ukraine, leaving Giuliani as the one person the Ukrainians can be sure speaks for Trump — even though he operates outside the rules of the US government and speaks only for his client, not the country.

The suspension of aid was obviously devastating, and it came at the worst possible moment for Zelensky. Zelensky ran on a promise to de-escalate tensions with Russia, and he needed to deliver some steps toward détente early in his term. But to pull this off, he needed the US to maintain a hard line — especially at the start of his presidency — so that he could cut a good deal with Putin. Instead, Trump announced the aid suspension at the exact moment that Zelensky needed Trump to play the “bad cop” with Russia.

The U.N. meeting between Trump and Zelensky was another disaster. Trump repeatedly told Zelensky to reach out to Putin and strike an agreement. He told Zelensky that he knew Putin wanted a deal (this, of course, is not true). The message was clear to Zelensky: Go take care of your own problems; we aren’t here to protect you anymore. Russia noticed. The host of one of the most popular news shows on Russian state television addressed Zelensky on the air after the UN meeting. “We saw what happened in the United States,” she said. “You have nowhere left to go.”

Lastly, around the same time, Trump also began to unwind the Obama program to shore up NATO defenses against Russia in Eastern Europe. The president announced earlier this month that he would divert $771 million from this program to help pay for his Mexico border wall. Once again, Russia breathed a sigh of relief, watching Trump disassemble yet another cornerstone of the bipartisan counter-Russia strategy.

It is increasingly clear that Trump simply views the US–Ukraine relationship as a convenient vehicle to advance his political interests. He sees American credibility as a casino chip to be traded in to convince Ukraine to help his reelection campaign. This cannot be allowed in a democracy, and that is why an impeachment inquiry is so vitally necessary.

But as a longtime leader in the Senate for a strong US–Ukraine relationship, my heart has been breaking for the last two years as I have watched the systematic campaign Trump has waged to weaken Ukraine — a campaign that began long before that July 25 phone call or the disclosed text messages of Trump’s inner circle. This broader context is critical to understand as the Congress now begins in earnest to investigate the subordination of US foreign policy to the Trump reelection campaign.

Dear Senator Murphy: What are you doing about the quality of life issues that you were elected too? You, Himes, and Blumenthal talk all day about impeaching Trump. Well thats great. What are you doing to provide affordable health care for the middle class? If I stay home and watch tv all day and dont work you will give it to me free. If i sneak across the border illegally then you want to give it to me free. If i work for a living (which I do) then you want me to pay $2000 a month with a $12,000 deductible. Moral of the story is doing something practical that we voted you in for. Can Donald be a flat out jerk? Yes he can. But he can afford to be treated like one. Us working class people cant. So stop promoting yourself with your walk across CT and help us out. We deserve at least that.

How much longer is his term so we can please vote him out ??????

I for one saw no such effort on Obama’s part to halt Russian aggression in the Crimea. Nor, do I see any sign of softness in our support of Ukraine. But facts don’t seem to matter much to the left these days.

Further, it is rich to blame the President on doing nothing to curb Russian interference in the 2016 election, when, actually, Senator, that responsibility fell to the sitting President at the time, who did nothing. Maybe he was too busy planning on sending billions to the Iranians and couldn’t be bothered.

I see this piece as nothing but another unsubstantiated attempt to bash a President who has done nothing but follow through on campaign promises.

Mr. President, What do you want?
I want nothing. No Quid Pro Quo.
Tell Zellinsky to do the Right thing.

good luck on the impeachement….It’s going to bring out the biggest Democrat corruption scheme in History.