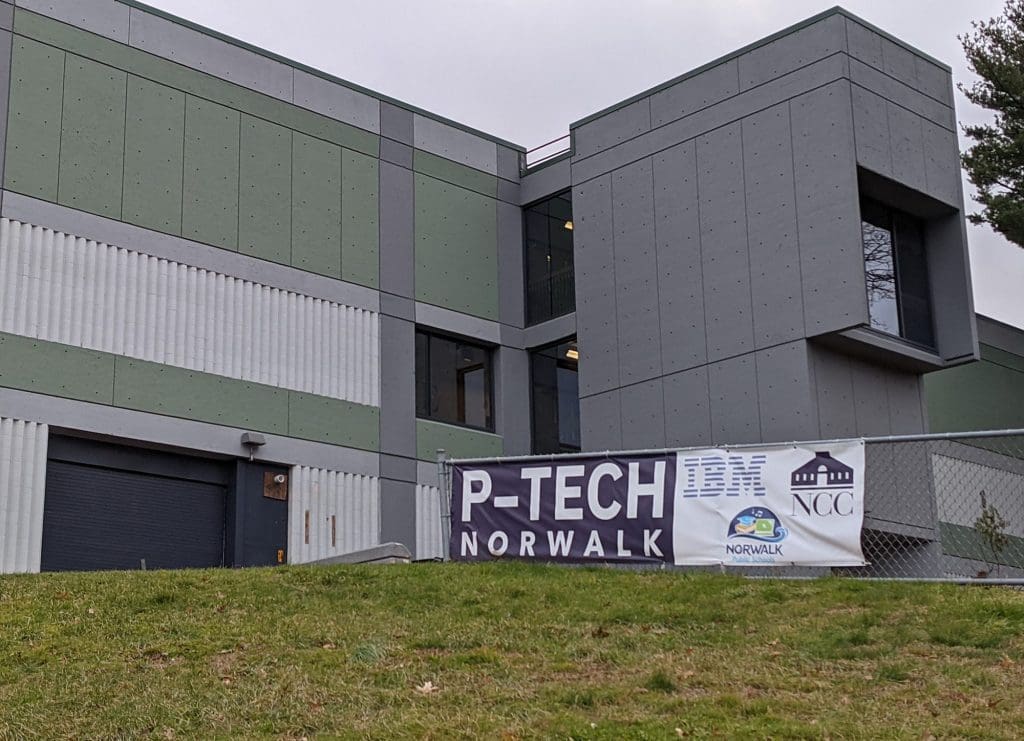 NORWALK, Conn. – The decision to demote a P-Tech administrator has been upheld by Deputy Superintendent of Excellence, Equity, and Inclusion Thomas McBryde Jr.

In mid-March, with little warning, Crawford was suddenly transferred from P-Tech, where she served as Curriculum and Instruction Site Director (CISD), to Brien McMahon High School, where she now teaches history. Two sources described Crawford as outspoken, likening her departure to having been “railroaded,” the circumstances surrounding it to a coverup.

Speaking as a private citizen and not as President of the Norwalk Branch of the NAACP, Penn-Williams has since said Crawford received positive personnel reviews prior to then-P-Tech Principal Karen Amaker going on family leave. Penn-Williams said that upon returning, Amaker was told to backdate negative evaluations on Crawford, and was “written up” for refusing to comply.

Another source, speaking on condition of anonymity, made identical allegations.

NPS has said it can’t discuss personnel matters. Crawford has not returned emails.

Amaker subsequently announced she’d be retiring in June and has declined to comment, as she is “not at liberty to comment on personnel matters.” In her letter to the P-Tech community, she said retiring was the “best decision for my family and me at this time.”

Crawford had been P-Tech CISD for 2.5 years and within the month Amaker was out she was alleged to have “done some egregious acts that they can’t even prove,” Penn-Williams said.  Crawford was called to Human Relations on a Thursday and demoted the following Monday, both sources said.

Crawford was informed of five ways in which she wasn’t doing her job well, while Amaker was unavailable to contradict that account, both sources said.

She was told to provide evidence that she was doing her job well and she did, but the school district provided none to support the accusations, they said.

“Renita has an overwhelming case of what they the lies that they’ve told,” Penn-Williams said, adding that she is speaking as Crawford’s mother, a role she pledged to fill upon Crawford’s mother’s death in 2017.  She asked, “If Renita was that bad, why does she still have a job? … If she had done egregious acts, why did they put her back in the classroom? Why would you keep a person like that with these kids?”

Crawford was not offered professional coaching and was told she will only be employed through the school year, according to her Penn-Williams. Both sources said Crawford had to fight to get union representation. When her status as a tenured educator was called into question by the Norwalk Association of School Administrators (NASA), she verified her credentials via her previous job, as an employee of the Bridgeport school system. Bridgeport provided a letter stating that Crawford had tenure.

Then McBryde got involved and Crawford was declared qualified for NASA representation.

NASA President Lynne Moore has not answered multiple emails asking about Crawford. The word “tenure” does not appear in NASA’s contract with NPS. Some contract excerpts:

An April 5 NancyOnNorwalk Freedom of Information Act request to Norwalk Public Schools seeking emails between Crawford and Moore and has not yet produced results.

Both sources said Crawford has hired a private attorney. Attorney Thomas Bucci confirmed he represents Crawford but declined to comment due to attorney-client privilege.

Penn-Williams said Bucci is taking a back seat to NASA in the grievance process.

Crawford can now appeal to the Board of Education.

Interesting… I’m with Brenda, if she was that bad, why does she still have a Job?

Our surrounding towns manage to superbly educate their kids without airing personnel matters in public. But not Norwalk. Why is it so difficult to run a public school system without frequent public personnel issues ? Leadership issues here ?

This is yet another puzzling story in a growing collection of puzzling and troubling stories.

How can it be that a person was called in, presented with a report detailing her alleged deficiencies, and then almost immediately removed from her job? If there are accusations of grossly inappropriate or illegal behavior, a person is first put on administrative leave and then there is a process that both sides follow to its conclusion one way or another. If the person is not guilty of inappropriate or illegal behavior, but is judged not to be performing well, the district has the responsibility to help the person to improve before taking action against her. Failing to improve after a reasonable amount of time, the educator can be terminated. Being informed of alleged deficiencies on a Thursday, and demoted on the following Monday, is at least a few months short of a reasonable amount of time for her to improve.

The questions about tenure suggest deficiencies in the NPS HR department, which should have known if Renita Crawford is tenured. Tenure isn’t granted by a school district, and so there is no reason for Bridgeport Public Schools to send a letter to NPS. But then to have the letter later rescinded by Bridgeport, I smell a large rodent, especially because Lissette Colon used to work in that district’s HR department. If Ms. Crawford completed 4 or more years in another school district, by now, she is also tenured in Norwalk. NPS knows (or surely should know) how long she worked in Bridgeport, or if she worked 4 or more years in a school district other than Bridgeport’s. By the way, the number of years for tenure combines all years completed, as a teacher and as an administrator; they aren’t treated separately. The NPS HR department should also know how the tenure process works, as well as about a bargaining unit’s responsibilities regarding its members, but I wouldn’t bet on that.

I don’t know the reason for Karen Amaker’s decision to leave in June, but it surely seems odd that she is leaving at the same time as is Renita Crawford. Was she pushed into resigning? Is there a NYC educator who needs a job?

They hide behind “personal issues” as a way to not disclose what’s really going on.

Just ask Brien McMahon principal Scott Horwitz… oh right… he’s gone… Put on administrative leave for months only to be cleared to resume his principal duties and then sent to NPS oblivion during the summer…now teaching in Stamford.

Zero confidence in the current BOE to hold our Superintendent accountable for anything.

Curious how much money is spent each each in “administrative leave”.
When parents fight for budget funding year after year their tax dollars get wasted in bureaucracy and red tape.

This is mostly 3rd person accusations and statements. The story would have no legs if Penn Williams was not involved. If you read between the lines she is accusing the NP of prejudice/racism as she is so fond of doing. Teachers are moved around for various reasons. Let’s see how it plays out. We are only getting one dude of the story

Eh, nothing to see here. Another experienced and respected building leader shakedown and run out of town. Under the guise of a personnel matter. Nothing to see here, right BOE?? And the public has grown numb and paralyzed to do anything. When and how this will remains to be seen.